Mike Tyson Can Do Something Positive... 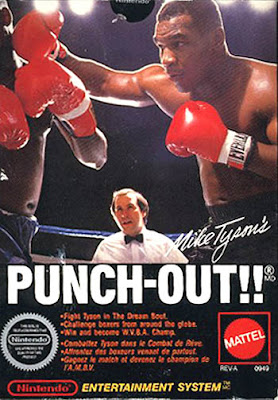 Its good to hear Mike Tyson's name and not hear something negative attached to it. Iron Mike will be inducted into the Boxing Hall of Fame this week, along with Julio Cesar Chavez & Sylvester Stallone, or  as he is known in boxing movie history, Rocky Balboa. I love Iron Mike Tyson despite the fact that he has had many discretion's in his past. His ascent to the heavyweight championship coincided with my childhood, and I remember watching his fights with my Dad like it was yesterday. He was a beast. The youngest heavyweight champion ever. Wow. My dad ordered HBO just so we could watch his fights. It was a cable box that only got HBO... just for his once every 6 month fights!!! Not to mention the awesome boxing game that he top lined for Nintendo. God knows how many hours I spent playing that... So in honor of my favorite fighter, here are his greatest knockouts... congrats Mike. Now don't go out an rape nobody during the celebration... (what... too soon? Its been like 15 years...)