Why You Should Watch Batman: City of Scars 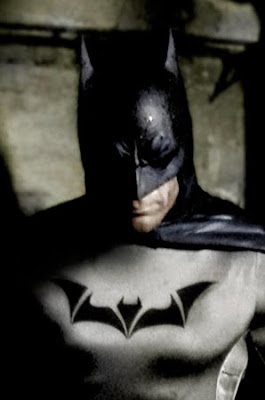 The minute I read about the quality of this 30 minute fan made film from the father and son team of Bat In The Sun that cost $27,000 to make, I wanted to post it. But I decided that I wanted to watch it first, and this was 30 minutes long... not your typical 5 minute clip. Now, I thought it would be good considering how much praise its garnering around the net, but geeks like me tend to over exagerate a bit when something cool comes across their face. Could it really be that good??? The answer is yes... yes it is!!!

The film jumps in right after the action of The Dark Knight, and stars Batman tracking his nemesis The Joker after an escape from Arkham... The Joker is cool, and Batman looks and sounds great. But the real cool thing is the supporting characters that are featured, such as Harley Quinn, Scarface, and Mr. Zsasz. The fight scenes were cool, and all in all I do not feel that I wasted 30 minutes on this. I can not wait to see what they do with the sequel to The Dark Knight, but this will definetly hold me over for the time being. Enjoy the film and please tell me what ya think in the comments below!!!