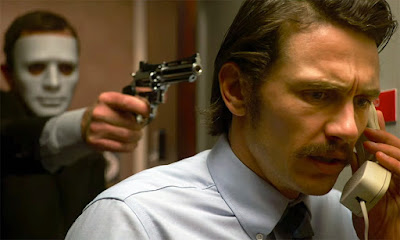 They can't all be winners... even when the cast says it should be. I love Eastwood, Manning and Franco in past projects, but this one falls way short of expectations. A group of seemingly unconnected bank customers are really part of an elaborate ruse to rob a bank. But when the money they thought was supposed to be there ends up being short, they instead take a shot at the decades old hidden vault... one that might be haunted. There is a spirit present that doesn't exactly want this group to succeed. Not the worst flick I ever saw, but way to boring and a waste of some great actors in this one....