The Laughing Man - A Joker Fan Film That Will Blow You Away!!!

We live in a golden age of comic book based Fan Films... the work that people like Bat In the Sun and others have done over the past 5-7 years is often BETTER than the work turned out by regular studios. So when I come across a Fan Film that is getting a lot of buzz, I am not skeptical... as a matter of fact, I am INTRIGUED. Intrigued way more than I am for more studio fare. Give me a Super Power Beat Down over another mediocre mainstream project EVERY SINGLE TIME! A pair of Mexican brothers, Diego and Julio Hallivis, are hoping to join the club of people who got it more than right with their comic fan film "The Laughing Man". 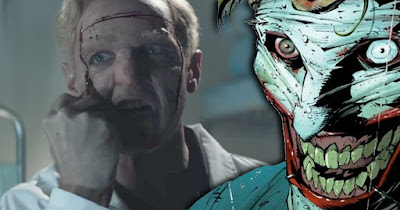 It is a dark take on the creation of the Joker... and it draws inspiration from everyone from JD Salinger (his short story The Laughing Man features a character that cuts has a damaged face) to Scott Snyder (the Batman author featured a simiar Joker in his Death of the Family storyline) along the way. With only one full movie credit under their belt, they deliver an amazing take on one of the most complex characters in comic book history. 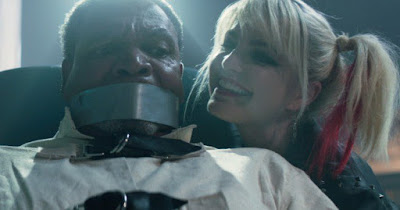 They get one hell of a performance from actor Zach Avery, who portrays the Laughing Man, and absolutely kills it (both figuratively and literally). In an ironic twist of fate, Avery had an unaccredited role in David Ayers film Fury... and Ayers currently has the Suicide Squad out in theaters featuring his own Laughing Man Jared Leto as the Joker. We also get an appearnace from another Suicide Squader.. Harley Quinn also makes an appearance!

The short fan film was added to Youtube on August 2 and is setting the Internet ON FIRE! I for one can't wait to see what the Brothers Hallivis has in store from us in the future.

Don't believe us? Take a look for yourself!