Believe it or not, there was a series of successful mini-series based on this exact premise. All the Marvel heroes have become zombies and are eating each other. It's as gruesome as you would hope for and something that was a nice shot of creativity until they basically beat the concept to death. But after watching this trailer, I would totally watch this film. Release it next Halloween and it would be bigger than the microchip. These covers of iconic Marvel moments in all their gruesome zombie glory are by Arthur Suydam. He really found his groove with these ones. 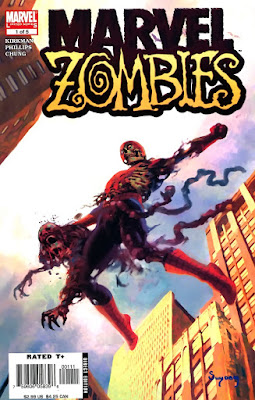 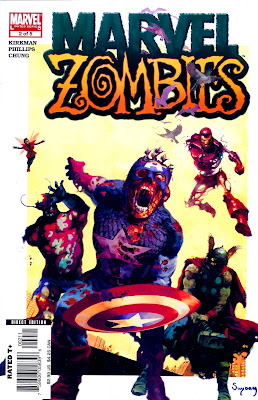 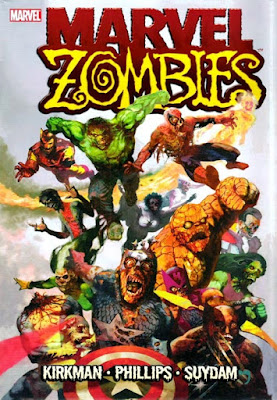 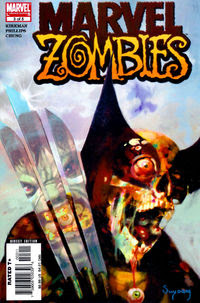 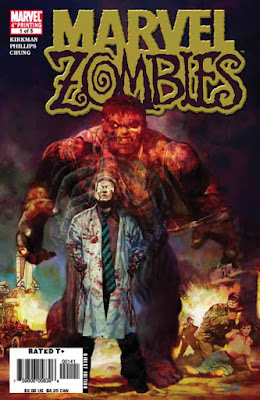 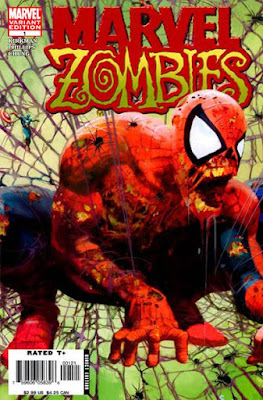 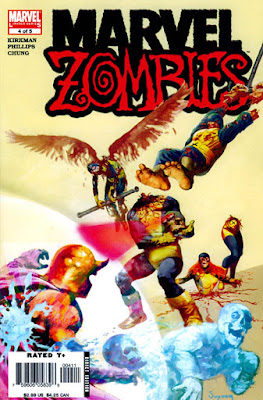 Marvel Zombies is a five-issue limited series published from December 2005 to April 2006 by Marvel Comics. The series was written by Robert Kirkman with art by Sean Phillips and covers by Arthur Suydam. It was the first series in the Marvel Zombies series of related stories. The story is set in an alternate universe where the world's superhero population has been infected with a virus which turned them into zombies. The series was spun out of events of the "Crossover" story-arc of Ultimate Fantastic Four, where the zombie Reed Richards tricked his Ultimate counterpart into opening a portal to the zombie universe.