Awwww Yeah.... Wu Tang Again and Again!!! We are suckers for creativity, and especially creativity that invokes our favorite rap group from Shaolin. So when we came across an article over at Vice's music blog Noisey about a custom version of Guess Who? that featured the members of the Wu and their extended family our attention was caught. Featuring box art and individual portraits by artist Dan Evans, the game works on the original premise of Guess Who? but with a hip hop twist. So instead of asking if your character guess wears glasses or if he has on a specific kind of hat, you might ask if he goes by the name Golden Arms or has ever had an album called Fishscale. This could make for hours and hours of Wu related fun... and lead to all types of expansion packs thanks in part to the endless supply of Wu affiliated rappers. Who wouldn't want to grab volume 3 of the game featuring Pop the Brown Hornet, Shabbaz the Disciple and King Just? The possibilities are endless. Lets just hope this becomes a "thing" and not just a genius one off by the Vice gang. If Monopoly and Life can get away with branded versions of their board games, why not Guess Wu? I would certianly buy it....

Check out pics after the jump.... 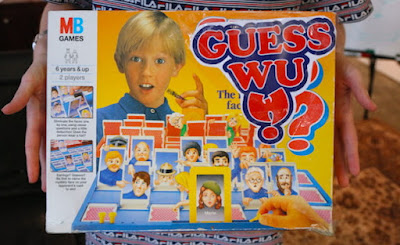 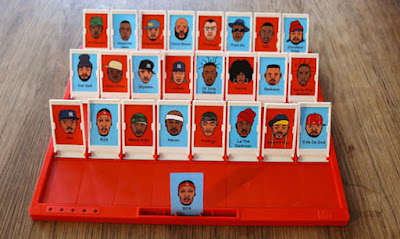 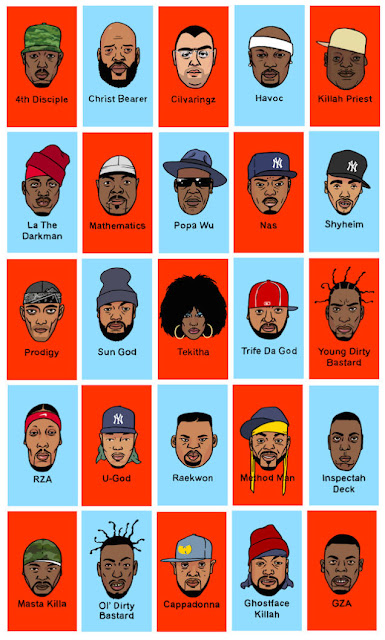 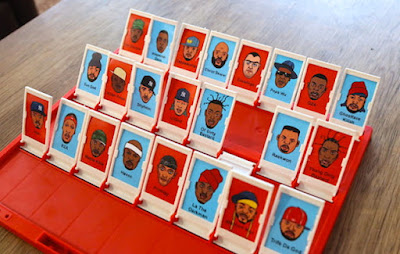 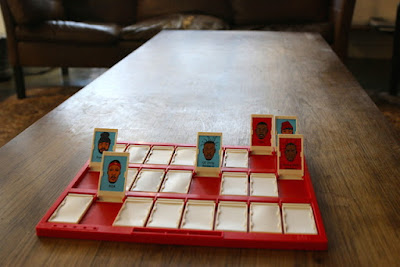 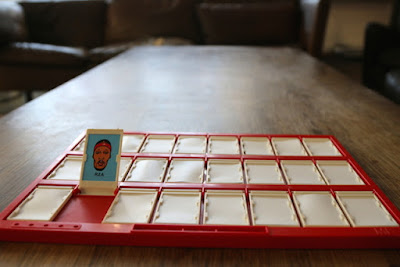