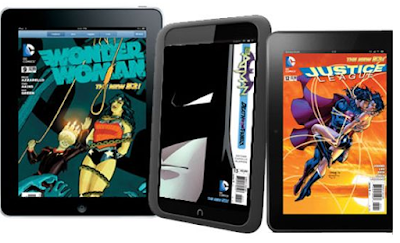 The CCD Podcast constantly finds new parts of pop culture to tap for possible episode topics. One that we feel we talk about ALOT but not in its own show is the Comic industry. Lots have changed in the comic industry since DC & Marvel ruled the roost through the 60s/70s/80s. A bunch of the smaller companies (IDW/Image/Dark Horse) have become major players in the print comics game. The Walking Dead is just as well known as Spider Man. And EVERY company has things being adapted for TV & Movies (I never thought I would see a proper Captain America film in my life, let alone a Kick Ass film!!!!) We brought back our two favorite comic book elder statesman Pat & Gary to join up with Jedi Rob to discuss just how huge the sales in the comic industry has become, how large the influence of comics has reached into other mediums of pop culture, and what do digital sales of comics mean for the future of the industry. It's going to be a good one.... enjoy the ride!!!!