The CCD Podcast: Episode #37 - The Definitive Tolkien Film Retrospective Pt. 3 or "Damn This Has Been A Long Ass Retrospective... Are We Done Yet!!!" 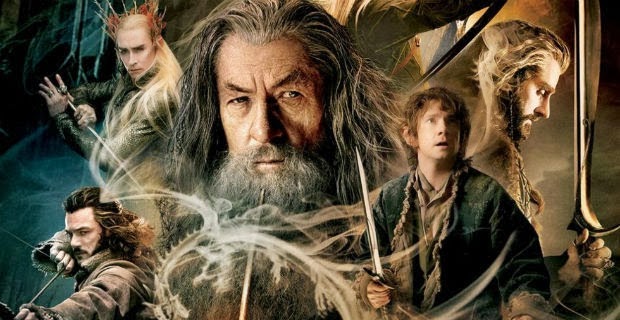 So another great CCD Retrospective finally comes to an end (this one was a long, arduous journey just like the ones taken in the films!) and we use this third episode of the series to discuss the existing first two Hobbit films and talk about the anticipation of the third film that will cap off the film series. Jedi Rob, Joe Milazzo and Mike D are back for one more go round, and we discuss the highs and lows that Peter Jackson second trilogy go through. Whether you like the Hobbit films more than LOTR or less than LOTR you will definitely love to listen to what we have to say about everything. A perfect end to a fantastic look back at a great film franchise... check it out after the jump!

As a bonus, here is some cool art featuring my favorite character of the Hobbit trilogy: Azog the Defiler! What an awesome name, and an even more awesome character. Take a gander...