A Usagi Yojimbo Film Is On The Way... Watch The Short That Got The Filmmakers Permission From Stan Sakai To Make It!

My earliest memories of Usagi Yojimbo come from the TMNT cartoon series of the early 90s. I loved that show, and Stan Sakai's samurai bunny rabbit was always a highlight for me. He is so serious, and such an absolute badass... so when I was able to read some of the Yojimbo comic stories later in life I found them amazing! Sakai's art is also spectacular, and the stories are true samurai epics even though they feature talking animals. So when my buddy Tommy Lombardozzi (who is a huge Usagi  fan) sent me a new short film that was created in order to secure the confidence of Sakai in making a full length feature. Lintika Films presents Usagi Yojimbo: The Last Request. It is really well done, and Sakai was so blown away that he gave his blessing for them to move forward with a full length feature. Keep track of the films progress by following their Facebook page, and watch the embedded short film after the jump for a taste of things to come!!! 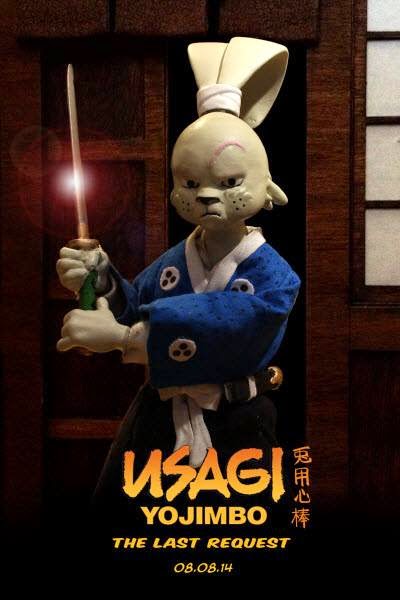