So with arrival of Captain America 2 a few weeks back and The Amazing Spider-Man 2 today, it seems Hollywood has succeeded in pushing back the "Summer Movie Season" from June 1st to mid April. But after this weekend the movies really start pouring in. Now when I do my 'Top 10 Most Anticipated Summer Movie' list I have a few ground rules. #1) No Sequels or Prequels: I love myself some sequels, prequels... pretty much all -quels. But for this list I leave them off. Cap was high on my list. So is Spidey, X-Men, How To Train Your Dragon 2, Transformers 4 (which I really am looking forward too) and others. But I will stick with first timers for this list. #2) No Remakes: Make no mistake about it, Godzilla has me more intrigued then pretty much ANYTHING coming out in the next few months. But it is old hat, so it stays off the list. So will something like Jersey Boys, which although is a 1st time film its a remake of a play. #3) This is MY MOST ANTICIPATED LIST... not a best of list, or most successful list. Strictly what I WANT TO SEE, not anything more or less.

So now that we got the rules out of the way, lets get right into it:

This list is in order from 10-1, 1 being my most anticipated: 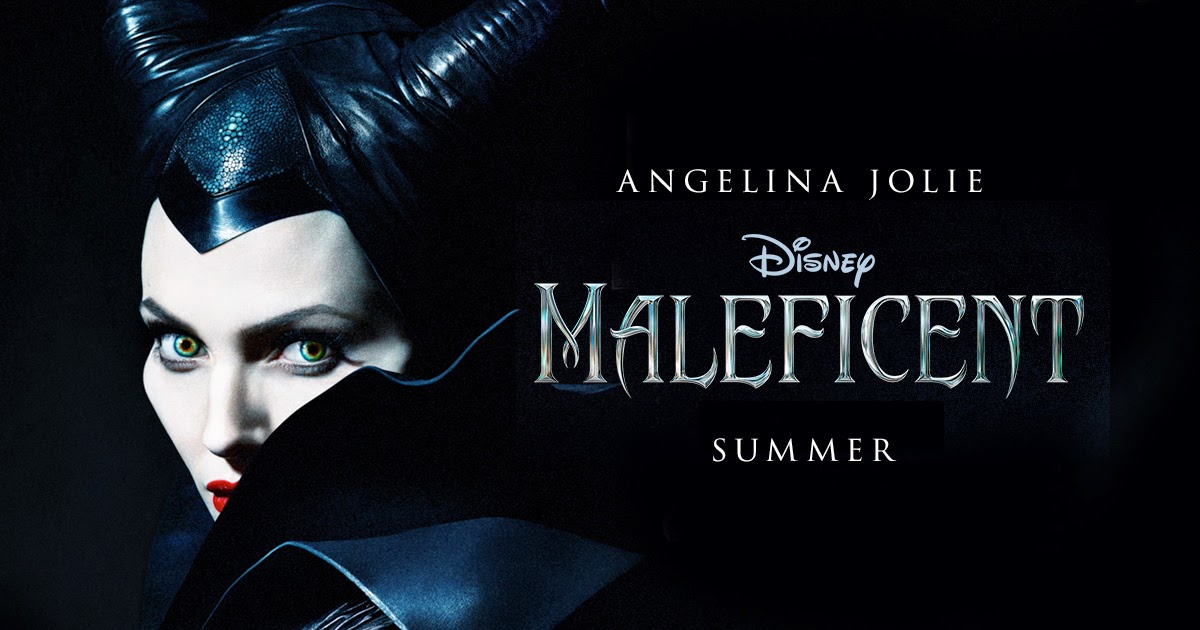 I'm intrigued to see this telling of the classic Sleeping Beauty story told from the other side of the action... we get to see what the bad girl, Maleficent, thinks about the classic tale and why she may have done the things she has did. Jolie looks magnificent in the part, and the effects look great. The House of Mouse is behind it, so you know it is going to bring the A game. I'm in for some bad guy fun.... 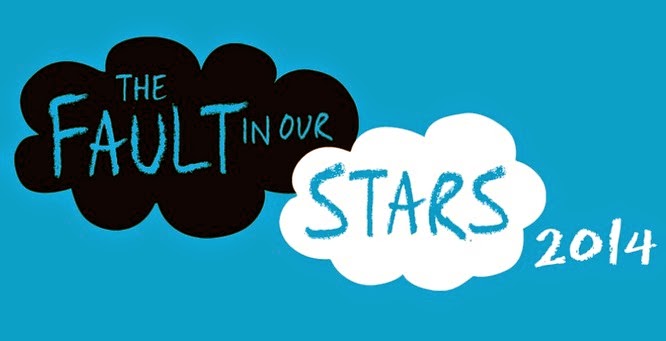 This one is based on a hit book from a couple of years ago that I have been told to read by about 100 people. The premise is sad, but intriguing: Two young adults meet each other at a cancer survivors group and begin an interesting relationship of dependence on each other. Great supporting cast in Dafoe & Dern, and a base from a book that is widely considered as amazing. You need a tear-jerker every once in a blue, and this one could be it. Plus Woodley is a soon to be break out star. She is on the verge.... 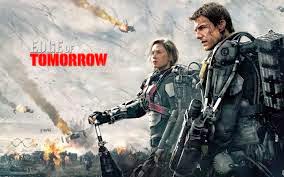 Liman has a career pass from me because I loved Mr. & Mrs. Smith and he knows how to make exciting action films. Cruise has been making some surprising films in the last few years in the action genre that have flown under the radar (Oblivion, Jack Reacher, Knight and Day) but have been extremely entertaining. Emily Blunt is a piece... I do love her. And she is looking to round out her resume with some action work. And Bill Paxton is coming hot off his run on Agents of S.H.I.E.L.D. for Marvel. He is on as good as a run as ever, and he has been GREAT in the past. Throw in exo-skeleton battle suits and I'm sold. 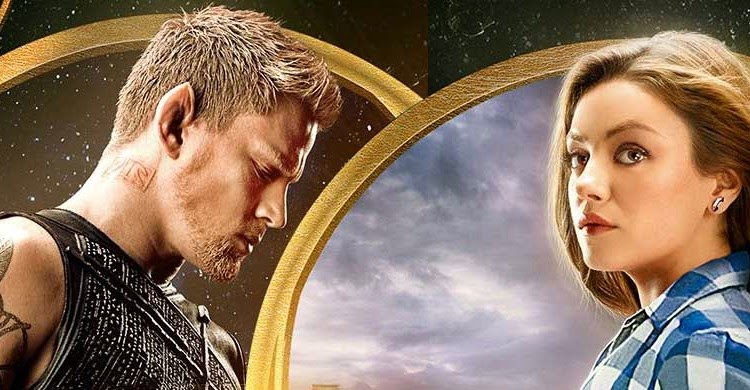 Everyone has there opinions on The Matrix, but like them films or not there is no denying that they changed action films FOREVER. Any film in the action genre is judged as BM and AM (Before Matrix and After Matrix) when judging the execution. But The Wachowski's have proven that if they love something they will turn out some riveting pieces of cinema. V for Vendetta, Speed Racer and Cloud Atlas all may have missed the mainstream targets that The Matrix films attracted... but all 3 are very good in their own ways and were some of my faves. That makes me wanna check this one out, no matter how many pictures I see of Channing Tatum with elf ears as a hybrid alien/human bounty hunter I see. Kunis is cute, and Eddard Stark is in it. I have learned from the past Wachowski movies that anything you think the film may be about from the trailers is probably wrong. So I go into this one with a blank slate and HIGH expectations. 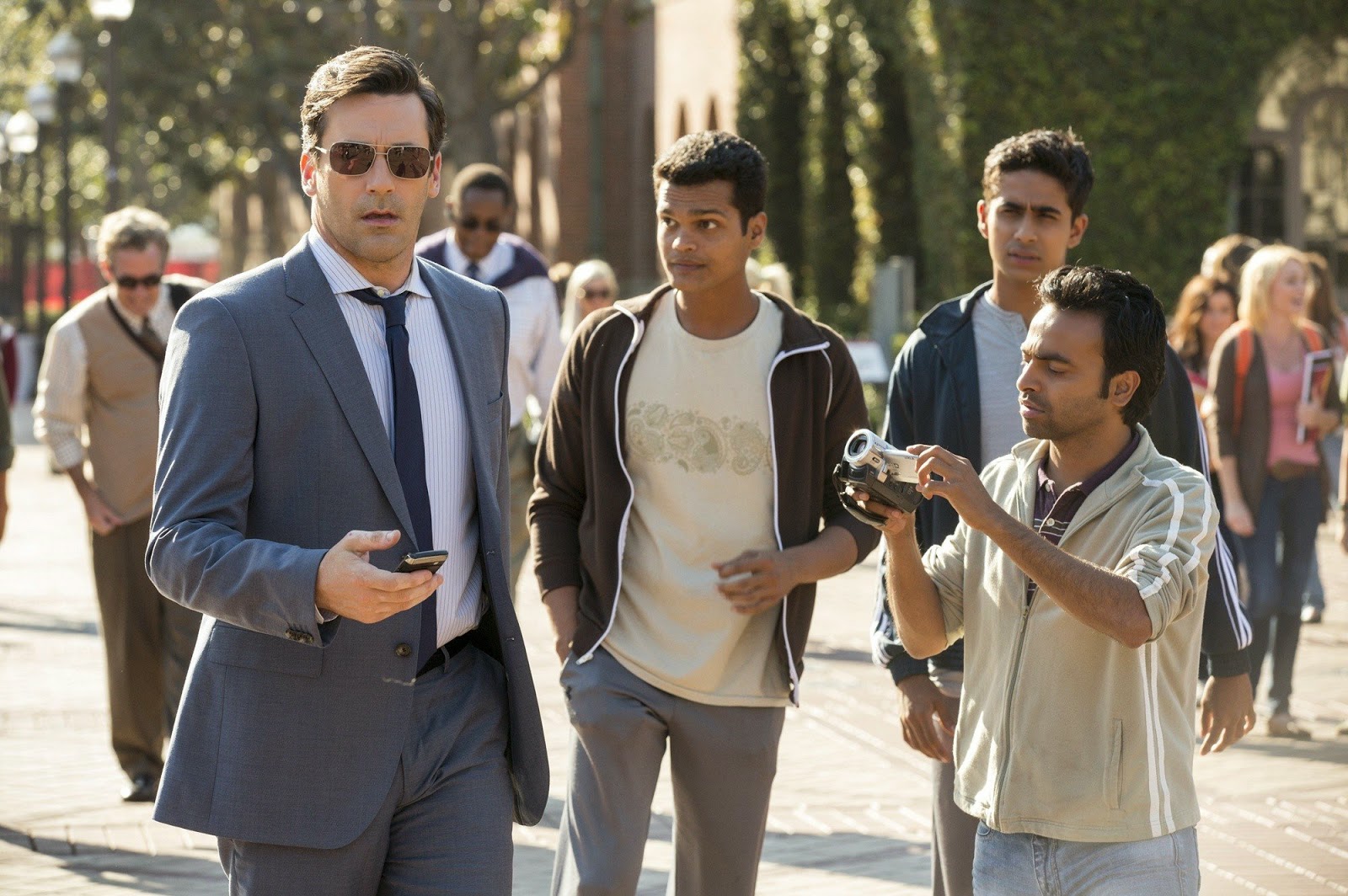 I have a major soft spot for underdog sports movies, and especially ones that are based on true stories. When the House of Mouse decides to tell the true story of a major league baseball scout that goes to India to try and find young cricket players who can be mold into Major League Baseball pitchers. The premise is so crazy that it can't be true, but it is! And you have one of my favorite below the radar actresses (Lake Bell) acting across Don Draper! Sparks on gonna fly... and once again you gte Paxton, in the middle of a Matthew McConaughey type resurgence in his career. Sold, Sold and SOLD! 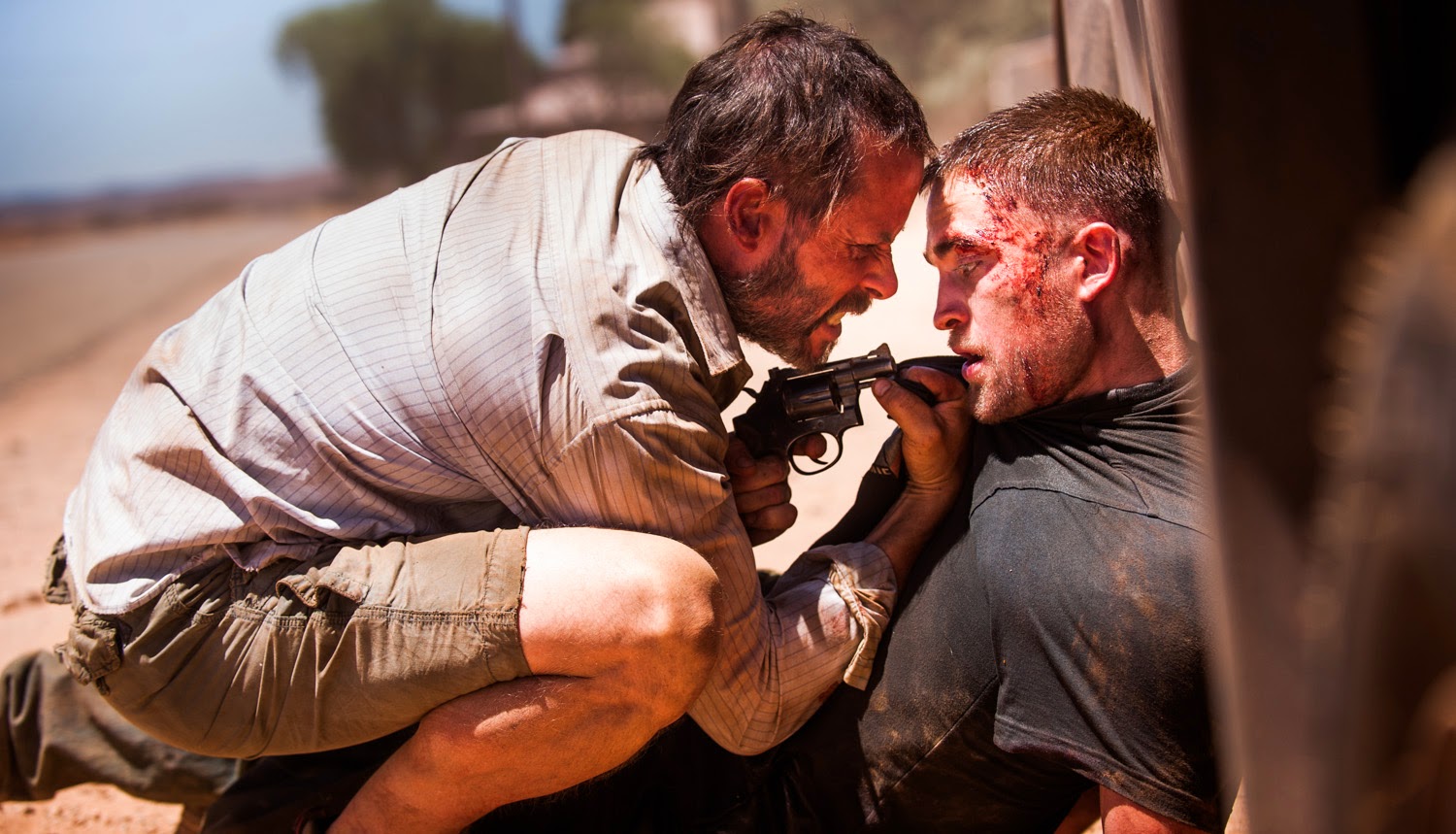 Foreign Films are much more accessible now a days then they have been in the past. And when you have a director who has gotten Hollywood & The Academy's attention with a small, arthouse film (Animal House) about a crazy family embroiled in crime you will get even more attention. And then you got Edward Cullen (Robert Pattinson) himself making name as an actor after the Twilight series. Set in the Australian Outback (where Michod is from) and employing some great actors and some Outback regular folks as well, this looks to be an interesting crime tale. 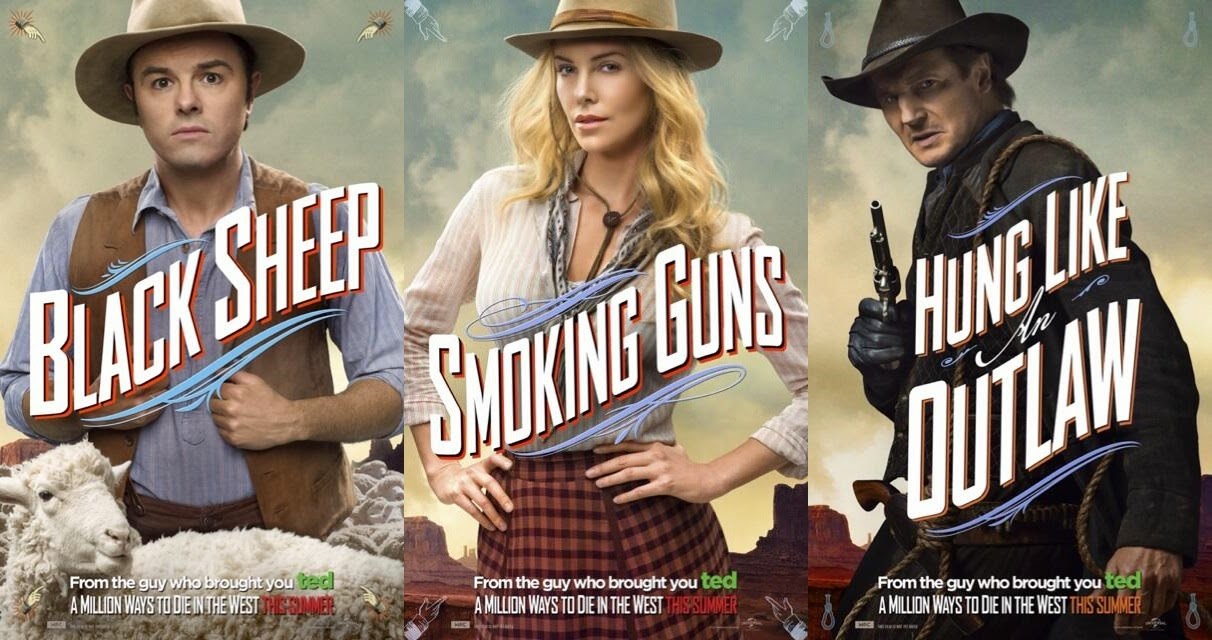 I have to admit that I was late to the TED party. I saw the teddy bear film after it came out on DVD, despite great reviews and the urging of my buddies. But that won't happen again, because I absolutely adored that flick and I won't let it happen again. This time McFarlane takes a shot at his Blazing Saddles: A period film that is set in the Old West yet echoes modern sentiments the way Saddles did back in 1974. McFarlane's humor, whether you like it or not, is popular. And that popularity leads to a cast of bonafide movie stars to help him out. This one could be great....

Coming hot off her role as Black Widow in Cap 2, Sco Jo is back kicking even more ass as Besson's latest femme fatale. Besson has a track record for having kick ass female leads in his films and including more action than one can handle. The dude practically invented the inclusion of parkour into film martial art scenes, and District 13 remains one of the most exciting movies I have ever seen. Scarlett as a chick who is infected with a wonder medication that allows her to consistently evolve and upgrade her physical, metaphysical and mental stature? Yup... plus the tank tops she is seen sporting in the trailers don't dissuade me from showing up.

The Five Year Engagement was a very smart and funny comedy... and not everyone's cup of tea. I was not as fall down funny as people expected a Jason Segal lead film would be. But that made it so much more. So when director Stoller made his next film, he tapped the comedic genius of Seth Rogen and went balls to the wall with the raunchy comedy. According to Rogen, they have "broken new ground in the DICK JOKE genre". Yup... that is something I want to see... NEED TO SEE! Plus Efron and Franco as douchey fraternity brothers moving in next to a sweet newlywed couple with a baby. I hope the best bits (the air bags, the Robert De Niro themed costume party) aren't in the commercials and the movie has more to offer. 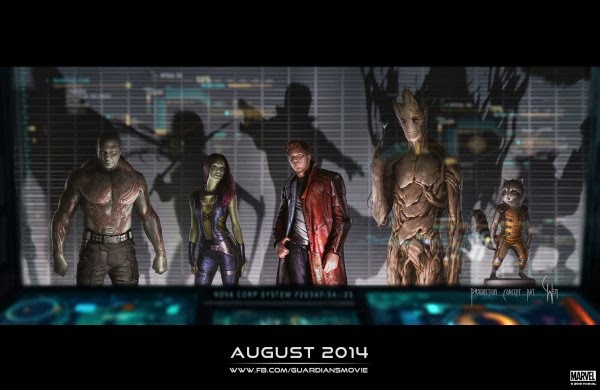 Good lord.... it really all comes to this. Marvel has been on one hell of a run. 3 Iron Man films, 2 Cap films, 2 Thor films, 1 Hulk film and The Avengers... 9 killer movies that have been wildly successful. The least successful of the movies, The Incredible Hulk, still made an ASTOUNDING 263.5 MILLION DOLLARS. If that is a failure, then any other studio would gladly sign up for those results. Now Marvel is about to do something even crazier... they are taking the Marvel Cinematic Universe TO OUTER SPACE!!! There is a lot of weird going on here: 1) A talking, machine gun toting raccoon 2) A walking, talking tree 3) multiple team members that are green aliens 4) an anti hero thief (Han Solo anyone) as the leader of the squad 5) Bencio Del Torro is that ridiculous white wig! and 6) an ambitious appointing as director to James Gunn, who previously has only directed a hyper violent vigilante superhero flick in Super and a bloody alien horror/comedy movie in Slither. As much as comics are a niche thing, average people know who Hulk, Cap, Thor, and other mainstream heroes are. The success those films have had gone a long way in attracting casual viewers into theaters for superhero flicks (aka more money at the box office). Will they come out to see some obscure title from the Marvel catalog? I don't know about them, but I will be there with BELLS ON!!!! 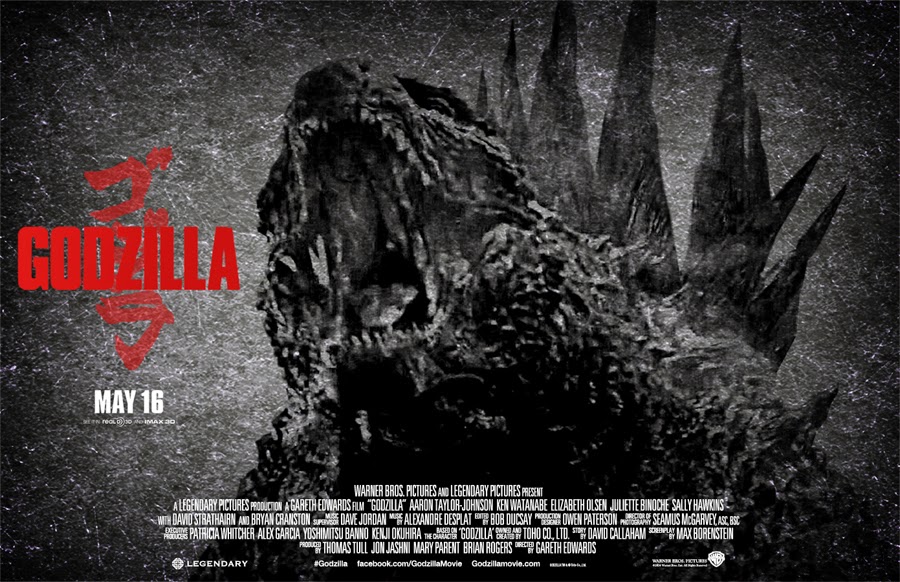 Spidey 2, Godzilla, X Men: Days of Future Past, 22 Jump St, How To Train Your Dragon 2, Jersey Boys, Dawn of the Planet of the Apes, Hercules, TMNT, Sin City 2, Transformers 4, The Quiet Ones
Posted by Mike D. at 1:02 PM

Email ThisBlogThis!Share to TwitterShare to FacebookShare to Pinterest
Labels: A Million Ways To Die In The West, CCD Rant, Edge of Tomorrow, Guardians of the Galaxy, Jupiter Ascending, Lucy, Maleficent, Million Dollar Arm, Neighbors, Summer Movies 2014, The Fault In Our Stars, The Rover