Post-It Versions Of Your Fellow Commuters, Courtesy Of October Jones

As someone who has taken public transportation in a big city for his whole life, I am certainly one that can relate to people watching. I often found myself looking at the plethora of folks surrounding me on rush hour trains and buses and imagining them to be things they weren't. Monsters, aliens, movie characters... you notice certain characteristics people possess and begin to freely associate these strangers with similiar looking characters you have seen before. Artist October Jones (aka Joe Butcher) decided to bring a pack of Post-Its, some markers, and his imagination with him on his local commute and the results are priceless. He sketches doodles of famous characters heads based on the outfits/bodies of the people around him, and then uses the old "Kids In The Hall/ I'll Crush Your Skull" trick to take a photo from far away using his sketch to supplant the subjects head. This is genius on so many levels, but also it is amazing how accurate October Jones is in his picking of the characters he chooses to match up with the commuters. These are just amazing. You can see more of them by clicking here, and you can see my faves after the jump... 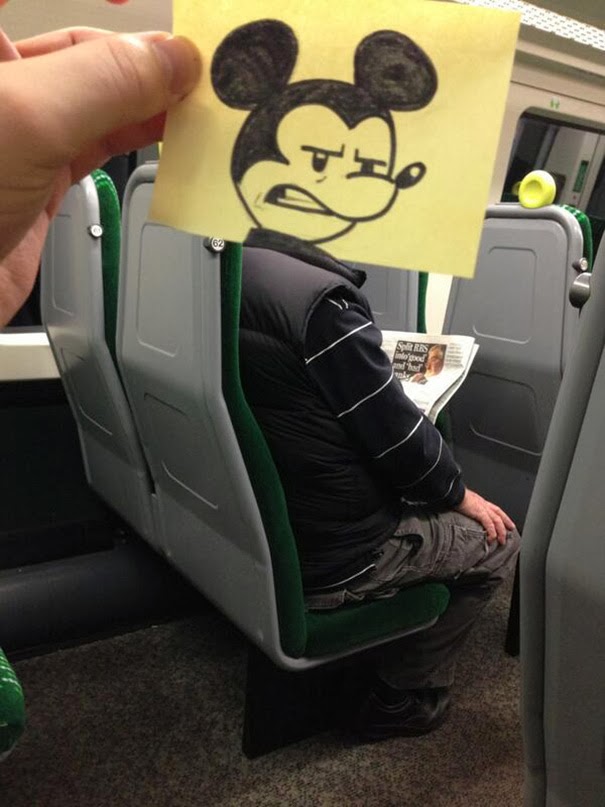 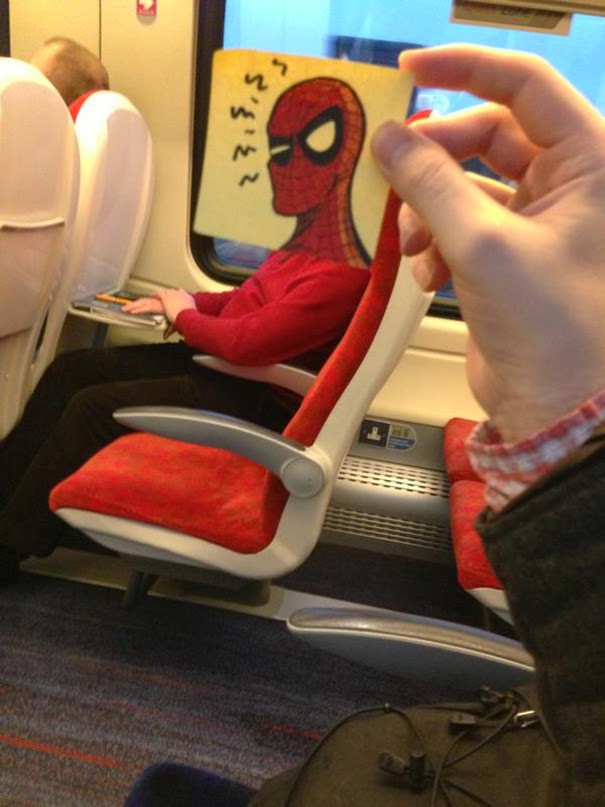 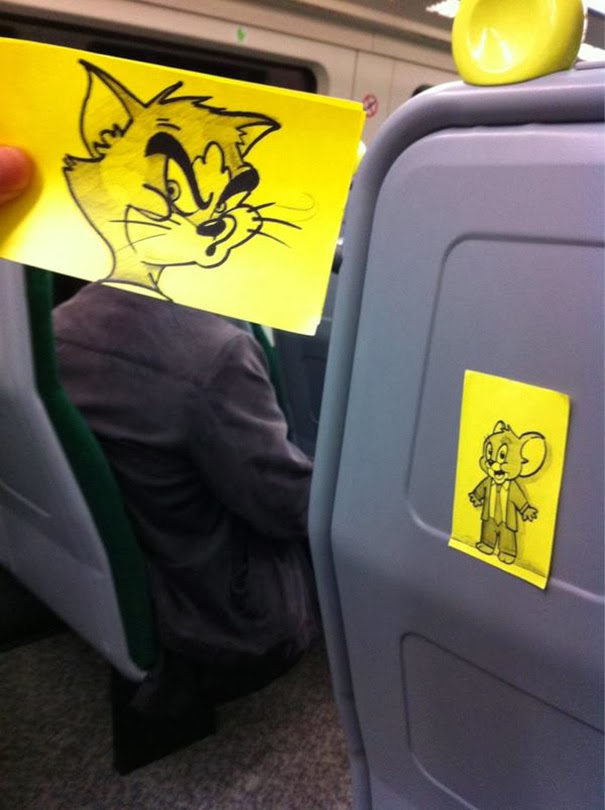 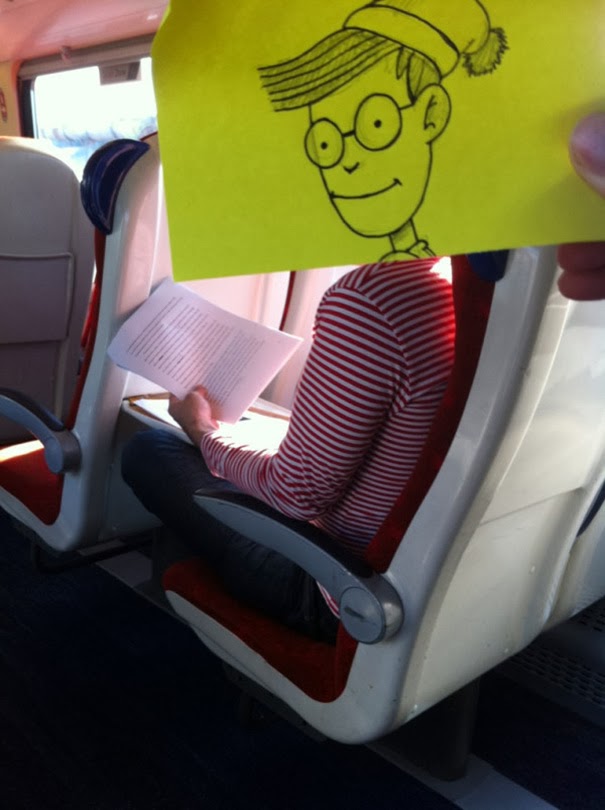 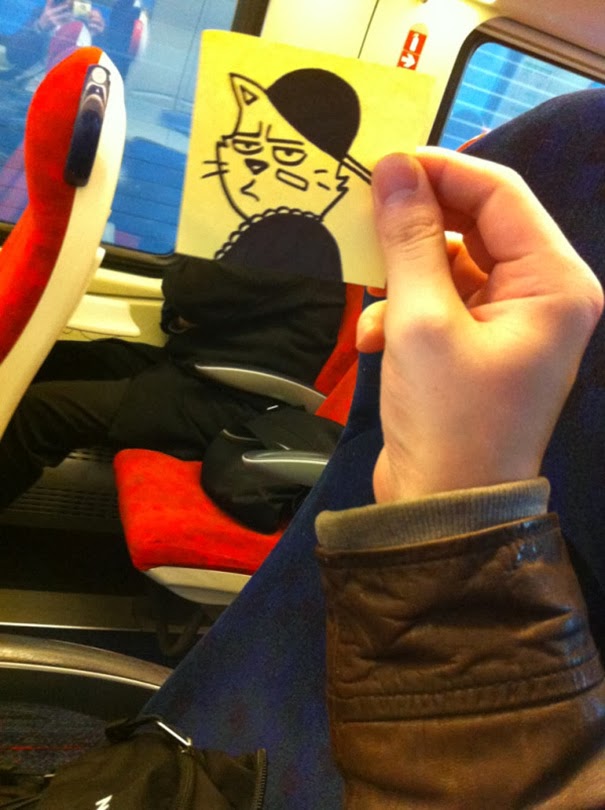 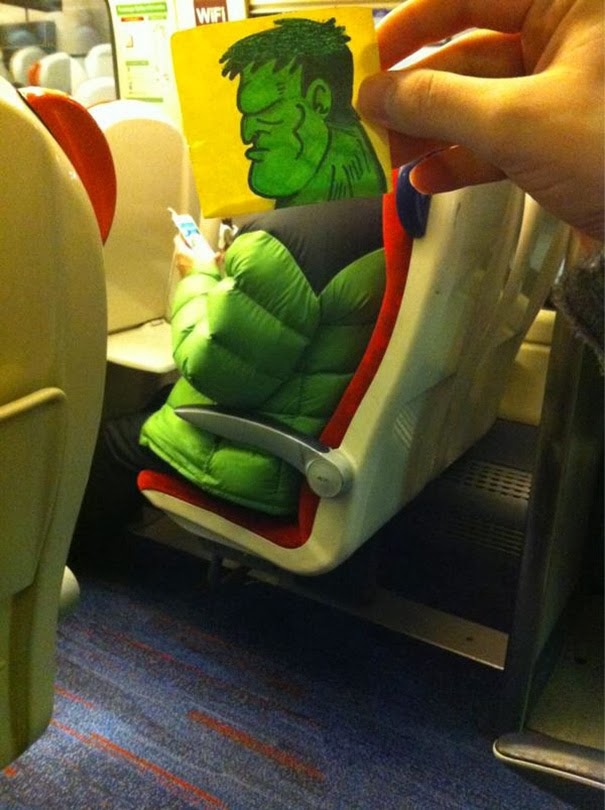 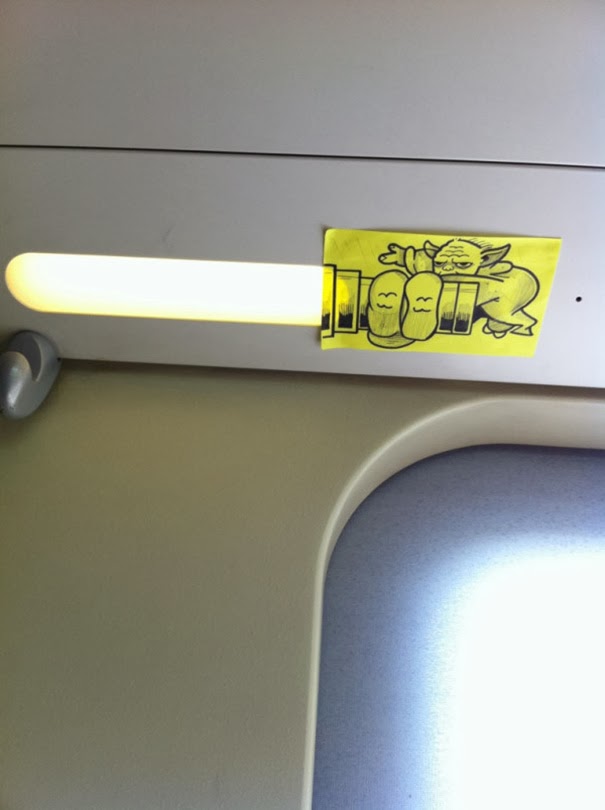 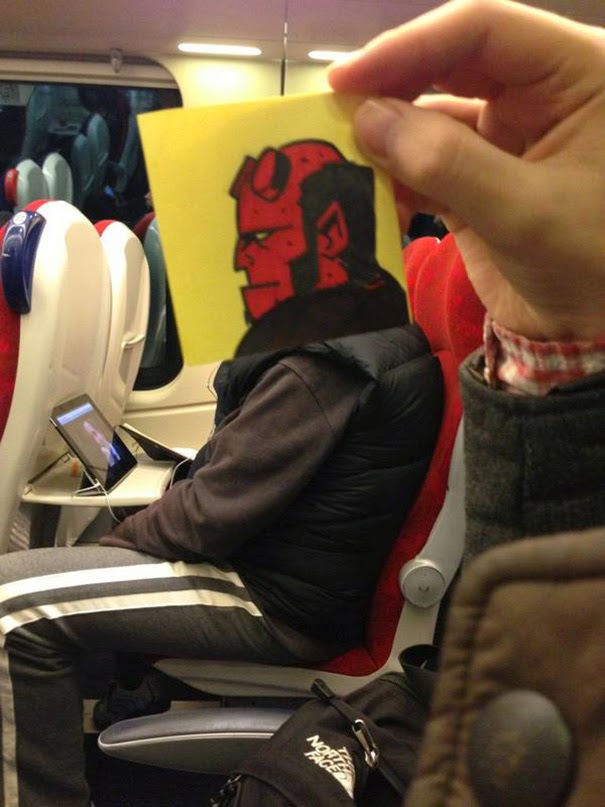 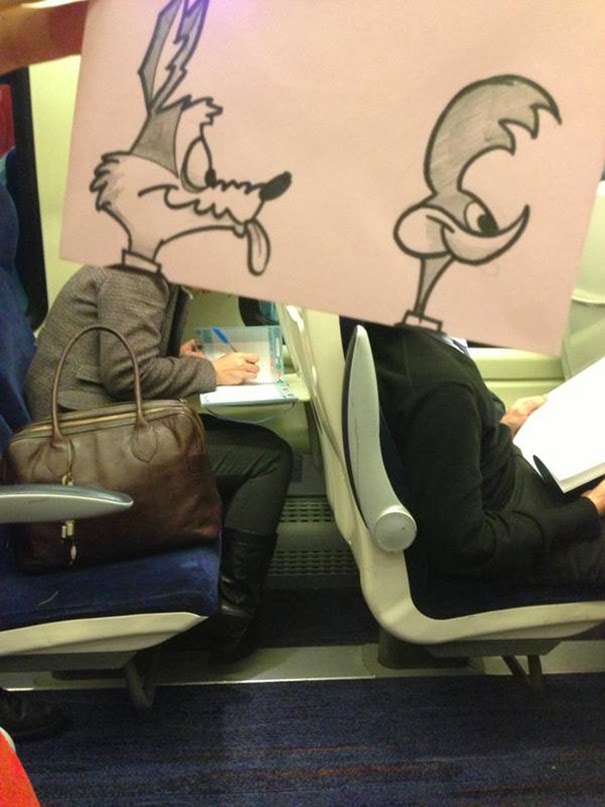