Takin You Back... Way Back: Wheeled Warriors

Well well well... Guess who's biz-ack? That' right kids, it's your boy JoeyEsq back with another long overdue edition of Takin You Back... Way Back. For those of you who are uninitiated, TYB... WB is the column here at CCD where I shed some light on the forgotten toys of the greatest decade of all time, the 1980's. This time around I'll be highlighting the toys whose commercials boasted they'd let you "stack and attack" (or, more accurately, stack-ack-ack-ack-ack-ack and attack-ack-ack-ack-ack-ack-ack), otherwise known as Wheeled Warriors.

More after the jump!


Wheeled Warriors were released in 1985 by Mattel. The Wheeled Warriors were basically vehicles that had tons of attachable weapons and accessories, letting kids customize them into all kinds of fun configurations. They were divided into the heroic Lightning League and the villainous Monster Minds. In an interesting twist (and contrary to the PC, hippie nonsense that some companies used to try to cram down kid's throats via toy and cartoon... Captain Planet, I'm looking at you) The Lightning League were all shiny silver and high tech, while the Monster Minds were basically living evil plants. The (very basic) story told through blurbs on the packaging was that the Lightning League were man & machine teaming up to battle the evil out-of-control plant brain vehicles of the Monster Minds. 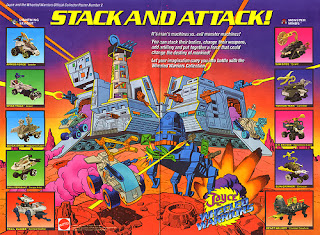 Each vehicle had a particular feature or characteristic that defined it (and a punny name to help define that trait). The Lightning League vehicles were Armed Force, Drill Sergeant, Spike Trike and Quick Draw. The Monster Minds were Saw Boss, Gun Grinner, Terror Tank and K.O. Kruiser.  Each side also had walking transport vehicle (that were clearly designed by someone who LOVED The Empire Strikes Back); Trailblazer for the Lightning League and Beast Walker for the Monster Minds. Finally, the Lightning League had Battle Base vehicle/playset (which I will talk more about later). 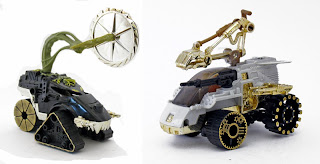 There wasn't much, content-wise to the toys' backstory, which I don't mind because that let kids use their imaginations and create stories themselves. As you can see above Armed Force had a clamp-like "arm" and Saw Boss had a big friggin buzzsaw, awesome looking teeth and beady, menacing looking little eyes. Look at that thing... you don't mess with the 'Boss. 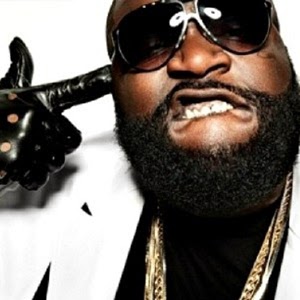 I think one of the most striking things about the Wheeled Warriors toys was that the vehicles just looked really cool. Drill Sergeant had (you guessed it) a giant drill, Spike Trike  was essentially equipped with a spiked steamroller drum, and Quick Draw had a folding arm with a little spiked wheel at the end of it. Lots of spikes in this toy line. The Monster Minds were even more awesome looking than the Lightning League. Each vehicle had eyes and teeth, giving the impression they were alive. 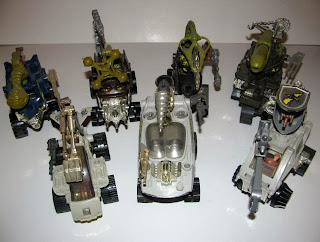 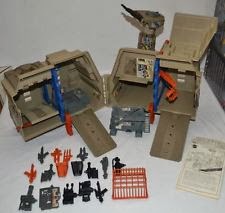 In addition to the main vehicles that comprised the Wheeled Warriors line, there were 2 "walker" type vehicles that could carry the smaller cars into battle... I guess if they wanted to get where they were going at a really slow crawl as opposed to driving there.

"My lord, I've reached the main power generators. The shield will be down in moments, you may start your landing.”


If this line suffered anywhere, it was definitely with the pilots of the vehicles. For the Lightning League, they were just generic dudes in brown jumpsuits. No real personality with these guys, unless you consider the fact that one guy is wearing a tie, and another flesh-colored sunglasses, to be personality. 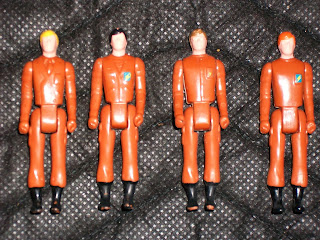 
The Monster Minds pilots were even worse. They took the whole "minds" thing way too literally. They were just viney, brain-like blobs. They made the fellas in the Lightning League look interesting. 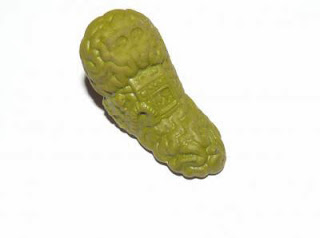 Unless you find snot interesting... you weirdo

But where the Wheeled Warriors line failed in the figure department, it absolutely owned when it came to the line's only playset. In fact I'd go so far as to put the Wheeled Warriors Battle Base in my top ten playsets of all time (a list that I assure you is coming to this blog very soon). Seriously, this thing was the Maybach Benz of mobile battle bases. Of course, I used it for all sorts of other toy lines, from Transformers to G.I. Joe to Go-Bots (yeah that's right, Go-Bots. Yup, your boy Joey played with the Transformers' retarded cousins. AND I LIKED IT!) 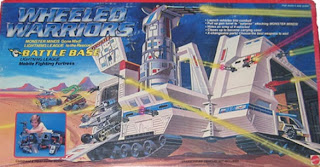 Closed up in its vehicle mode, the Battle Base was a giant cube. With tank treads. It had three fold-down ramps to deploy vehicles, and the front right-hand corner flipped up to reveal a telescoping turret. The base was hinged down the middle of the front so it could open up like a book. On the inside, it had ramps, repair bays, a little command station, a weapons rack, and a cage that snapped onto the side of the Battle Base to imprison enemies. I can't emphasize enough how much I used to love this thing, and how many hours of play I got out of it. 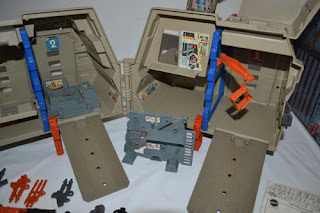 There's probably a bathroom somewhere in there too

Unfortunately, the overwhelming majority of those play hours had nothing to do with Wheeled Warriors, and I think that was the big problem with this line. As a concept, Wheeled Warriors was very underwhelming. As readers of my previous TYB... WB articles know, these toy lines inevitably failed for two reasons, high price point or no cartoon to support them. Wheeled Warriors, however, is an exception to this. It had a cartoon. A pretty damn good cartoon too; with an epic, kick-ass theme song and writing by J. Michael Straczynski. Unfortunately, recognizing that the toy line was conceptually shallow, the writers of the cartoon went a whole other direction and created a bunch of characters who had nothing to do with the toy line, where the vehicles themselves were intended to be the stars. Thus Jayce and the Wheeled Warriors was born. 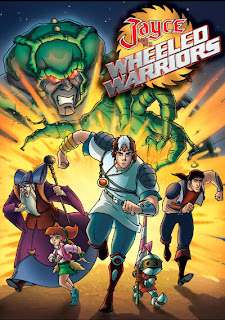 The cartoon was produced by DIC. It starred Jayce Lightwheel, his little sister Flora , their uncle, the Han-Solo like Herc Stormsailor, their magic robotic Oon Knightsquire (filling the obligatory Orko/Snarf role), and their grandfather Gillian Lightwheel. Jayce's quest was to search for his father, Audric Lightwheel, and save the universe from the wrath of Saw Boss and his shape-shifting plant family, The Monster Minds. Audric was a botanist who experimented with biotechnology. One of such experiment blossomed into a humanoid girl, who became his daughter Flora. Audric had also created a miracle crop that could thrive in any environment and was intended to end galactic hunger. However, a burst of radiation generated by a sudden solar flare mutated his plant into an evil, sentient being... you guessed it, Saw Boss and the Monster Minds. Audric manages to create a magical root that can destroy the Monster Minds, but they attack and he's forced to flee. Audric keeps half of the root himself and gives the other half to Oon, on whom he sends to serve Jayce. Jayce and the others become the Lightning League. Using the Wheeled Warrior vehicles, they travel the galaxy on a quest to find Audric, combine the halves of the root, and stop Saw Boss and The Monster Minds for good.

Sounds pretty cool right? Well it was. Unfortunately, these characters were not represented in toy form at all. I don't care how imaginative you are, no kid was going to pretend that the dude above in the tie is Jayce driving around in Armed Force, or the flesh glasses dude is Herc. And certainly not one of those green snot things is Saw Boss, who in cartoon form looked pretty badass. That wasn't even the worst of it. Flora rode around on a flying fish on the show. None of it translated to the toys and that definitely hurt the longevity of both the show and the toy line. The cartoon was cancelled after a 65 episode run, and the story was left unresolved. A movie was planned to tie things up, but due to flagging toy sales, it was never produced, and Wheeled Warriors died the same clearance bin death like so many other forgotten 80's toy lines before and after them.


If you ain't up on things, here are the previous editions of Takin You Back... Way Back

JoeyEsq is an attorney, a geek, and when he's not flying around the galaxy on the back a fish with a plant-girl, he can be found complaining about things and trying to be funny on his own blog, Perpetual Dissatisfaction
Posted by JoeyESQ at 1:40 PM

Email ThisBlogThis!Share to TwitterShare to FacebookShare to Pinterest
Labels: 80's Cartoons, 80's Toys, Jayce and The Wheeled Warriors, Taking You Back Way Back