With Breaking Bad in the books, people need to move on. It is hard... but it needs to be done. But what happens when a fictional story becomes so ingrained into the lives of the general public that it seems almost real. How do you put that to bed and move forward after it is over? The Albuquerque Journal, the main newspaper in New Mexico (where the show was set) has decided to help out and lend a hand by doing the only thing they can as a print newspaper: They published a obituary for Walter White!!!! What a great idea... what better way to get past the passing of WW than by acknowledging it in a real newspaper? I can't think of many to do it. Check out the full print obituary after the jump. Well played Albuquerque Journal... well played! 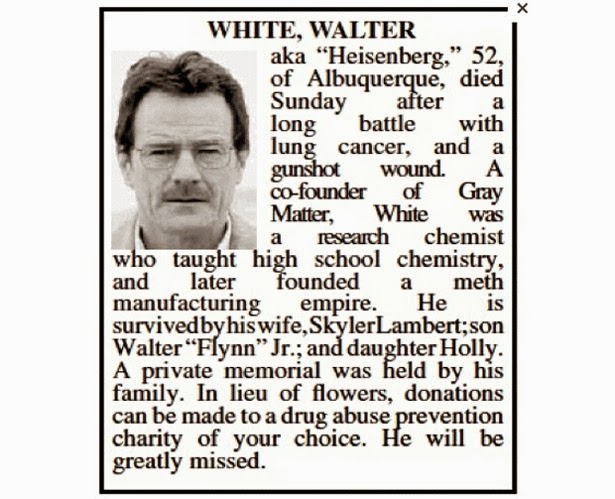