Mondo Does It Again... This Time With A LP and Poster For Nacho Vigalando's 'Timecrimes'

Mondo has built a solid reputation for creating cool collectibles and enjoying monster team ups with some of the best properties in the world. So when they do something cool, it is not really that shocking... but yet they continue to outdo themselves with every email announcing their next collaboration. Last month it was their Duck Tales the Videogame posters (we previewed them here), and now they have done it again. They are highlighting the awesomeness of Nacho Vigalando's Timecrimes, one of the greatest time travel movies I have ever seen. This underrated and not-seen-nearly-enough film is one of the greatest gems I have ever discovered on Netflix Instant (stream it now!). Now Mondo is upping the cool quotient of this film by releasing a vinyl LP (I know a bunch of kids are like "WTF is that???") of the soundtrack that was put together by Eugenio Mira. The artwork of the LP cover (interior fold out and exteriors covers) provided by We Buy Your Kids. They have also created a poster (duh... it's Mondo) based on the artwork of the record. Both will be announced for sale on Mondo's Twitter account today (Friday, Sept. 27th) at some random time... so click here and follow them to get the alert if you want to own this piece of vinyl or the poster. As per usual, they will sell out super quick. So get on it son! Check out the detailed pics after the jump... and watch this movie ASAP if you haven't already! 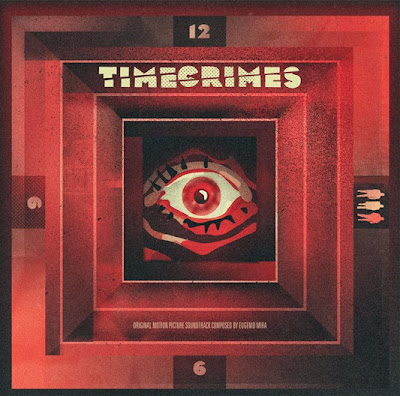 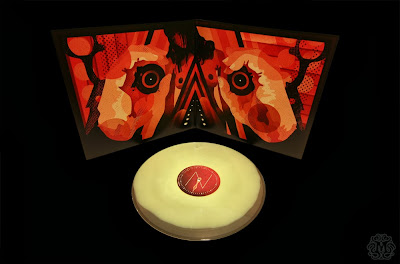 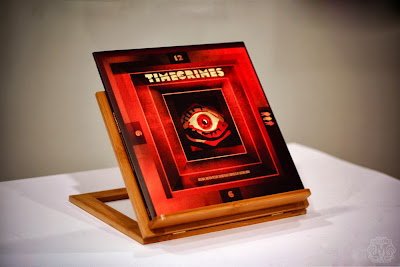 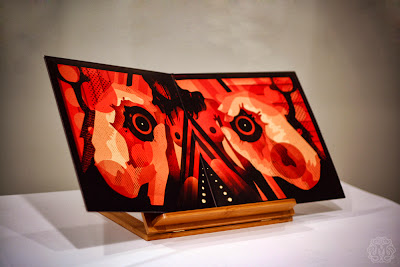 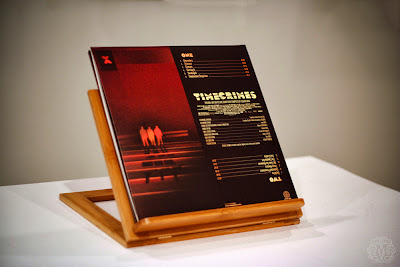 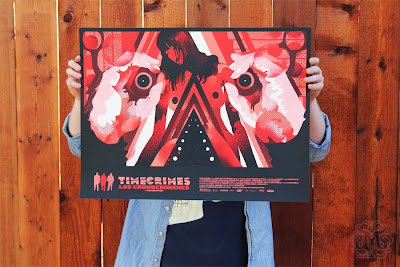 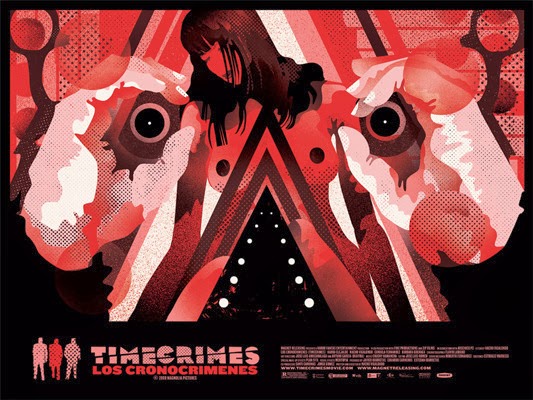