After losing a film legend like Roger Ebert, it would have to take someone major to pass away to make my day any more miserable. But just a few short hours after I found out that Ebert had passed away, i got the news that comic legend Carmine Infantino had also passed away. While Infantino may not be as well known amongst the mainstream as Ebert was, to geeks like me he is one of the golden gods of the comic industry and a titan among men. Infantino was directly responsible for ushering in the Silver Age of comics, and he did this by redesigning The Flash's costume to the familiar hooded red & yellow suit that we all know and love. Those stories focused on the rebootable aspect of comics, and the future inclinations of classic DC characters came shortly after.

Infantino has a storied history in the comic industry, doing major work for both DC and Marvel. He is widely considered to be the greatest penciler of all time, and has done major work on books like Flash, Star Wars, Batman, Avengers, Iron Man, Superman, and Daredevil just to name a few. He also created characters like Deadman and Barbara Gordon as Batgirl during his run on Batman. He is also pretty much responsible for the multi verse in the DC universe. The guy is just a legend... and I was lucky enough to meet him!

A few years back i got press passes to attend the 2010 Big Apple Comic Con. I went on Fri & Sat and conducted many cool interviews with people like Erin Grey, Doug Jones, the cast of The Human Centipede, and many others. But on Sunday I brought my son by to his first big convention. he was like 7, and he was in awe. When we went down to the artist room, he was a bit shell shocked at all the creators being present. It was the first time he began to realize that these great works of art were created by real people. When we went down an aisle and saw Carmine Infantino, I made it my business to stop by his table. I am a realist, and Infantino was getting old. he wasn't going to be around forever, and I wanted my son to meet the man responsible for the Flash he knows and loves so much. So we walked up to the table and began to talk with Carmine. I asked him if he could do a quick sketch in the book I had been putting together for Mikey since he was young. His handler immediately jumped into the conversation and said "Carmine could do a quick Flash symbol in the book for 100 bucks". I was going to pay it, I swear to god. This man is a legend. but Carmine stood up and said "No..., no way am I charging this guy 100 bucks to do a lightning bolt!". the handler began to grumble with Carmine, but Infnatino was hearing none of it. "Shut up... mind your business!!!" Infantino said in his thick NY Italian accent. I had to smile and laugh, as I was reminded of my grandfather. Infantino continued to argue with the handler and his protests, cursing under his breath and smiling at me while shutting down the money making part of his table... much to the chagrin of his handler who was obviously placed there to maximize profits. Infantino told me that if I bought one of his books he would gladly sign it for me for free, and I was pleased to find out that that he was selling the book for 5 dollars LES THAN COVER PRICE! 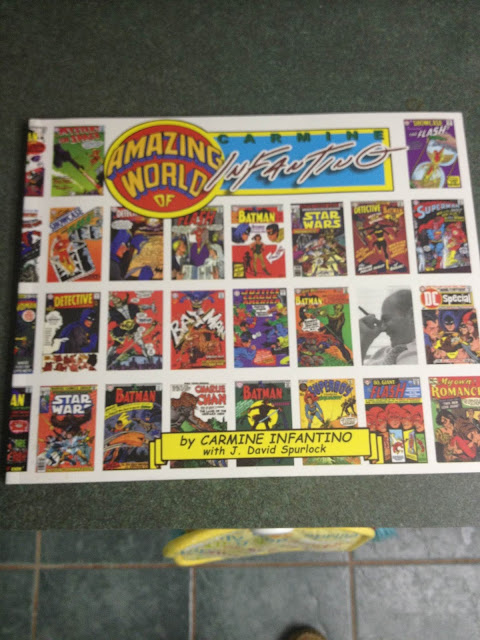 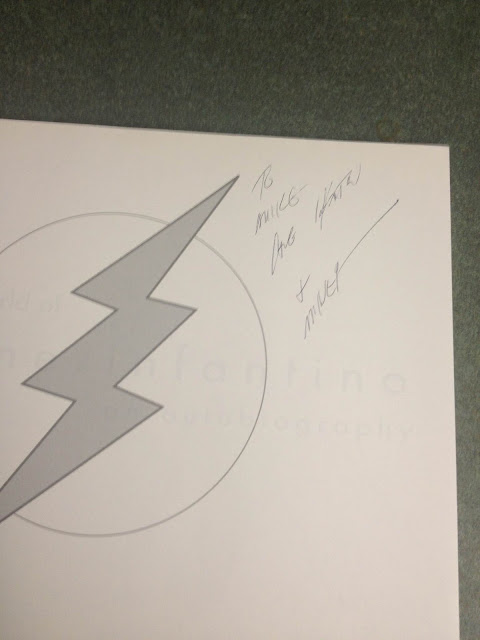 So cool of him, and I was still getting the autograph. So I chose his awesome art book, he signed it, and then he asked if it would be OK if Mikey came around the table to take a pic with him. Was it OK? Um.... YEAH!!! Mikey went back behind the table, took what ended up being a shitty pic (that's on me), and shook the hand of a legend. That is what being a dad is all about... and was one of the coolest things that could have ever happened to a comic fan like me. 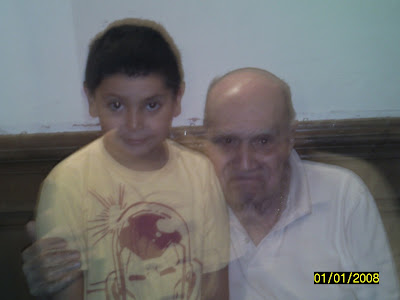 I will always love Carmine's art and all he has contributed to the comic world I love so much. I have many faves in the comic world, but meeting Infantino and having that funny situation will always be a part of my memories. Rest in Peace brother Carmine... you deserve some time off to enjoy yourself after all your hard work!!!!

Here are a few of his art pieces that I love so much.... 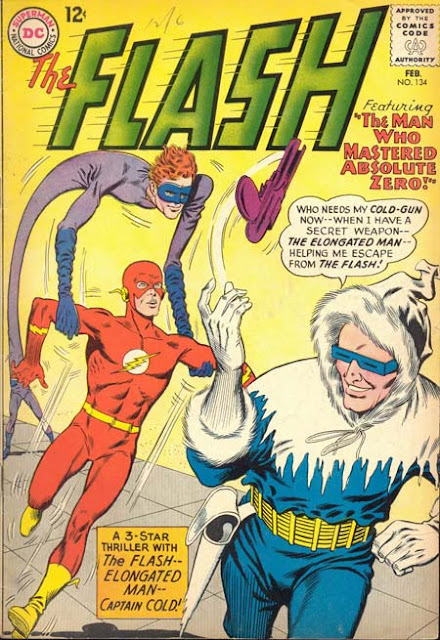 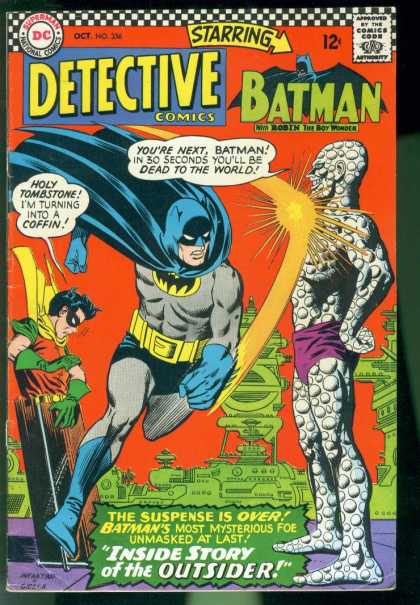 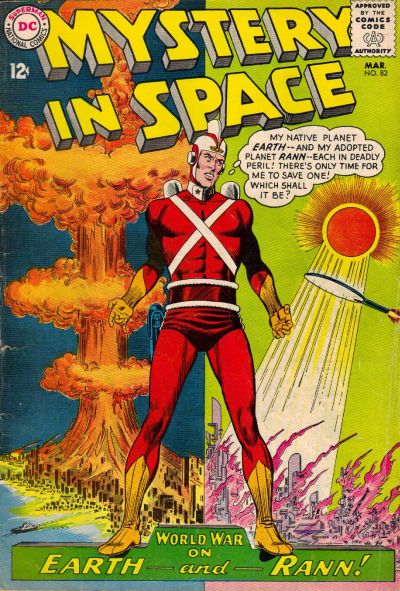 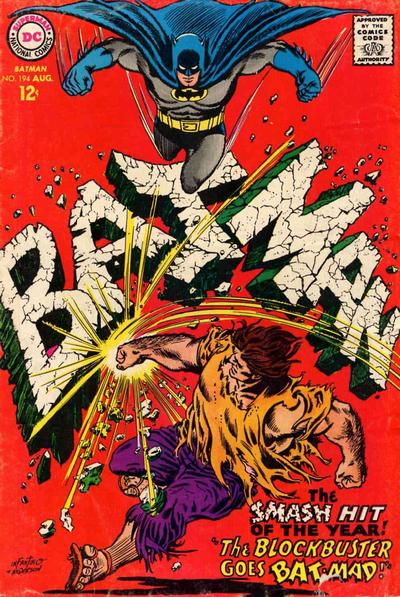 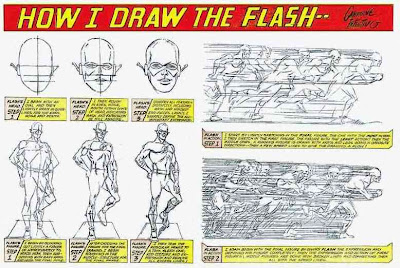 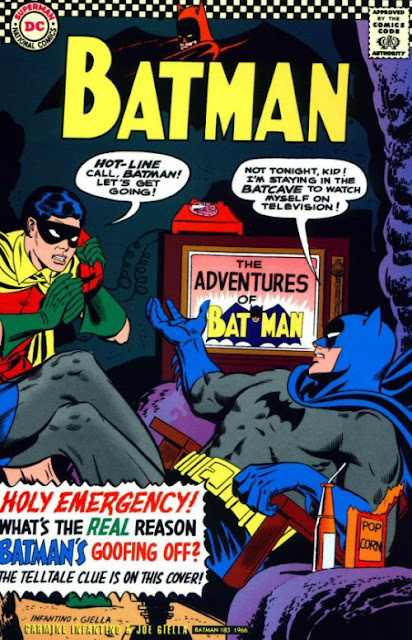 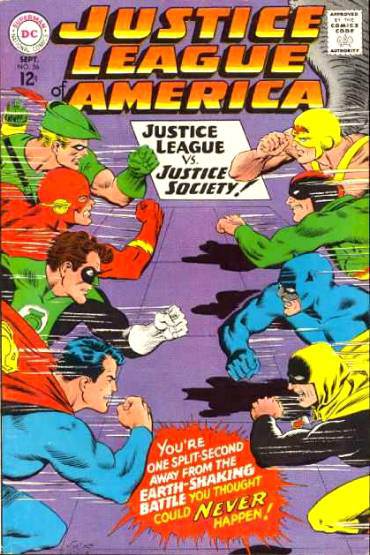 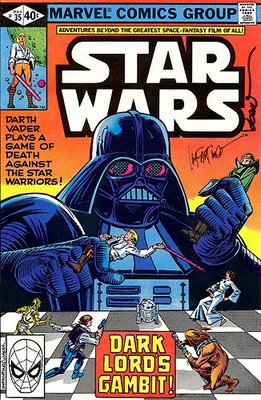 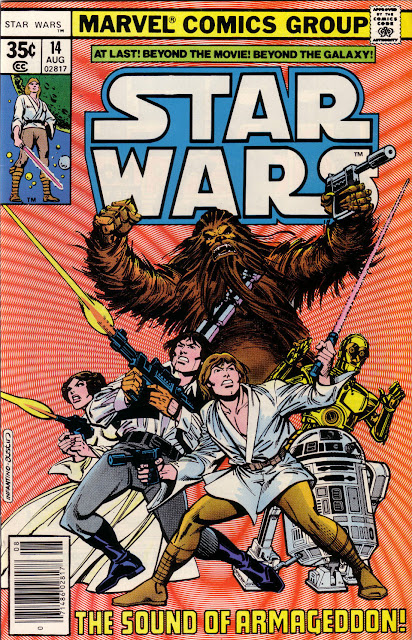