Artin' It Up: Loki Classic Edition by Tommy Lombardozzi

Hey folks! It's been a bit since I've shared anything here on C.C.D. I just haven't been as prolific, art-wise, as I once was. But, I'm back with a little step-by-step. Some folks are interested in the creative process. I did one of these once before with a Venom piece I created, and people seemed to dig it. Big Mike D. asked if I'd share a recent piece of mine, with a little breakdown of the process, so, here' goes.

See more after the jump


First off, lemme preface this by saying that I have been doing a number of old-school-style comic book character pieces of late. I'm not sure why. They're fun. Maybe I'm getting in a comic headspace, gearing up for our appearance at this year's NYCC (woooha!) Whatever the case, that's what I've been doing a lot of. This is one of those pieces. 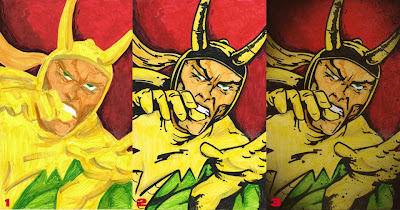 1) This is the first stage. In lieu of penciling, I opt to do the figure's layout in marker. It's risky to not pencil something out first, but that's part of the fun. I have been doing these types of pieces on comic book backing boards. Their laminated finish adds to the markers' streaky, sketchy look. It kind of reminds me of paint. It adds a level of uncertainty that I like. 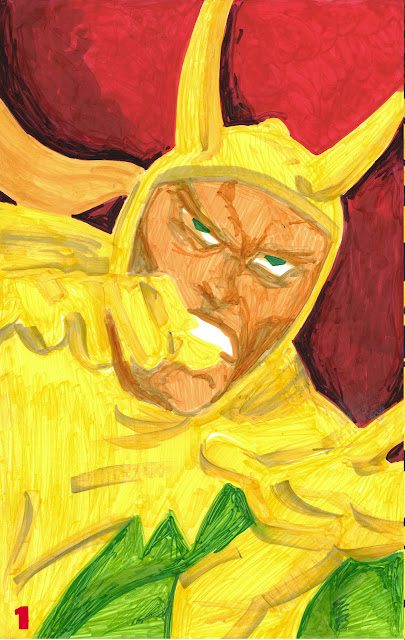 2) Once I have the shapes laid out with the marker base, I use a paint marker to ink it. The idea is that this should look like a Golden Age (of comics) ink job; broad and bold. 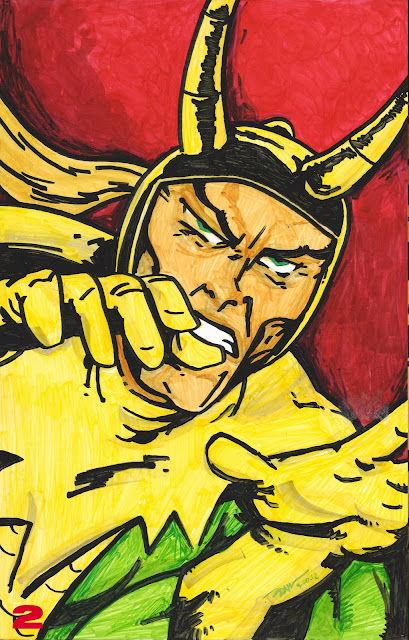 3) In phase three, I use spray paint two ways; one is to get some stippling... an uncontrollable spray of dots and splashes. This is also part of that level of uncertainty that I mentioned earlier. Then I use a more controlled, light spray to add some tone, depth, and atmosphere. 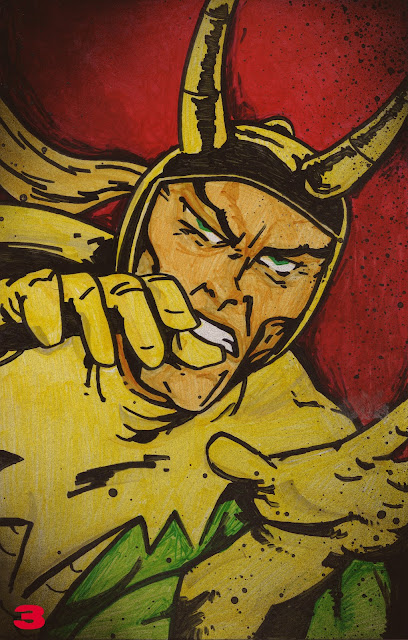 Eventually, if I amass enough of these comic book backing board comic book character drawings, I'll have to find something to do with them. Frame them, sell them (hey, you can buy lotsa stuff at tommylombardozzi.com! Yeah, get in there!), we'll see.
Anyway, I hope you've enjoyed this edition of 'Artin' It Up'. Send feedback, words of encouragement, and pictures of your tits. I'd love to hear from you.

See you next time, C.C.Degenerates!
Smile up.