'Baby Got Back' Sung By Your Favorite Movie Characters

Everybody knows the Sir Mix-A-Lot classic song entitled 'Baby Got Back', which exudes the virtues of a woman with a large buttocks. It has been parodied, featured in mainstream TV & movies, and is one of those songs that even your grandmother probably knows the words to. But when the gang over at Don Draper Says What has put together an excellent montage of many familiar movie characters uttering the words to the song... when strategically placed one after another that is!!! Plus you gotta love the final contributor.... Check the video after the jump. 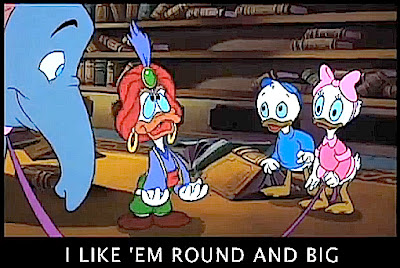