Land of the Lost (Comic Con Exclusive) by Tom Whalen

Another day, another San Diego Comic Con exclusive announced. Tom Whalen is one of my favorite artists in the game right now, and he makes some great work. He will be appearing at the Huckleberry/Toddland booth (#3449) alongside Tim Doyle & David Perillo during the con. One of the pieces he will be selling is his excellent Land of the Lost piece, which will come in two versions (the regular Green version for $60 bucks and the variant Purple piece at $85 bucks). Stop by and check out these three artists works if you are in the building, because their stuff is absolute fire. I love that Whalen decided to take on one of my favorite childhood shows in Land of the Lost and use that for his Comic Con exclusive. Check out both prints after the jump... 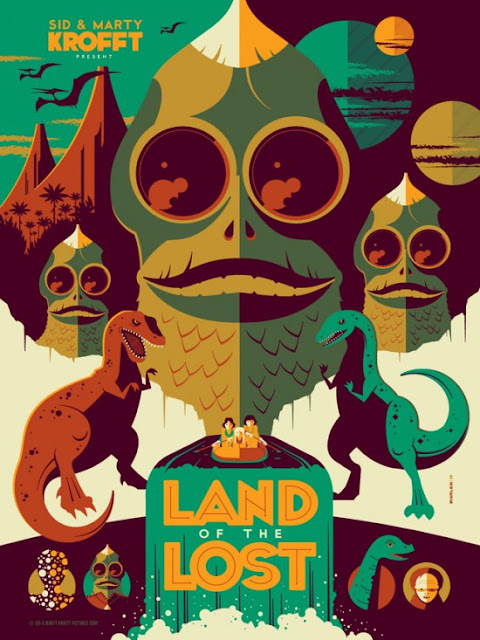 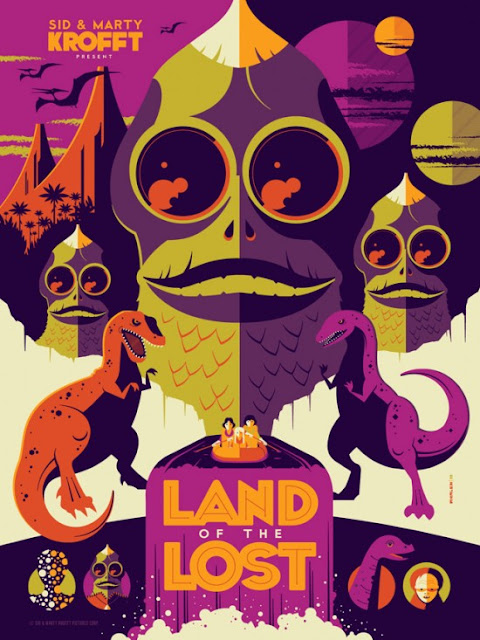