Here Is Some Comic Book Movie News I Can Get Behind!!!

As a true geek I am eagerly anticipating as many comic book movies as humanly possible. I don't give a flying fuck about overkill... as far as I am concerned I have been waiting on quality made comic book movies my whole life. They just seemed to start getting them right around 2000 with X-Men, so I'll take as many as I can get my hands on. Given the fact that these films are making big bucks, it is refreshing to see studios putting together stellar casts to staff the films. Some recent announcements on the comic book movie front have me quite excited. Click after the jump to hear my thoughts on Captain America 2, Lobo, and Ant Man.


First up, it has been announced that Captain America 2 will be The Winter Soldier storyline. This means Sebastian Stanz (the lad who played Bucky in Cap pt 1) will be in full commie mode as Winter Soldier... but I am much more excited to see Caps other sidekick Falcon join the fray. And who will be playing the bird of prey soul brother #1? Anthony Mackie, that's who!!!! I love this casting choice, as Mackie is riding high and will be a great addition to a strong cast for Cap 2. I'm really looking forward to this one because it will straddle both the 1940s & current time frames in the Marvel Universe. 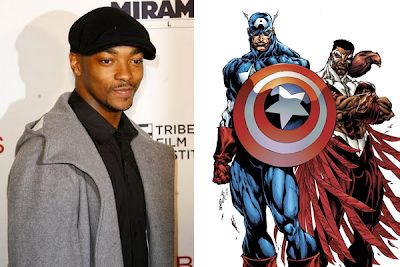 Next, there are rumors circulating that Dwayne Johnson, aka The Rock, is in line to play the crazy ass Czarian himself... LOBO!!! What a great potential movie this could be, especially with Johnson in the driver seat of the space traveling chopper. I imagine this in the vein of a space based adventure movie like Chronicles of Riddick, with The Rock being snarky, tough as nails, and bad ass in white body paint with chains ablaze!!!! I can't think of anyone possibley better for this role... can you? 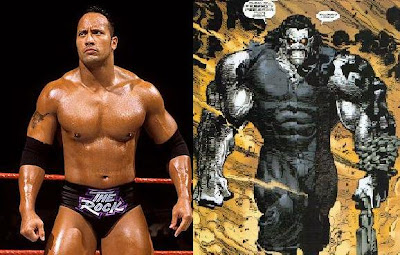 Finally, I am hearing that Edgar Wright is getting a great response to his SDCC footage for Ant Man, and obviously the film is moving forward. But who will be under the helmet? This is a big decision, because not only will the actor be getting his own flick but he is sure to play a part in future Avenger storylines in some for or another (either as Ant Man, Giant Man, Goliath or Yellow Jacket... or just Hank Pym the scientist). It's no suprise that Wright's good friend and usual leading man Simon Pegg is being mention for the role, but it seems like that rumor is now becoming more and more of a possibility. Couple this with the fact that Pegg is a natural fit for any comic book property and that he hasn't been in a Marvel flick, I think this is the clear choice... no?

Either way, I think the next few years will continue to be pretty great. As a comic book geek, I am thoroughly intrigued. See you at the cinema!!!!
Posted by Mike D. at 9:05 AM