5 Reasons Why 'The Dark Knight Rises' Was The Greatest Comic Book Movie I Have Ever Seen: A Rant by Mike CCD

Everyone knew that Christopher Nolan was gonna bring the funk when he unleashed his 3rd Batman movie. The dude has never really disappointed with any of his films, and his last 3 (Batman Begins, Inception, and The Dark Knight) are freaking epic... so naturally I wasn't surprised that it was wonderful. But after leaving the film Thursday night/Friday morning after the midnight show and contemplating it over the weekend, I feel like this movie is by far the best comic book movie I have ever seen. Now before you geek maniacs start throwing your ergonomic keyboards at the screen and scream to your mom for more meatloaf to eat alone in your basement domain, relax for a second. I said that it was the greatest comic book movie that "I HAVE EVER SEEN"... which means it is MY OPINION. But since I am not a troll I won't just make a comment like that and then let you guys argue whether or not I am correct... I plan on giving you guys 5 reasons to back up my assertion. After reading it, some of you guys might see it my way, others may not. Even if you don't think it is the greatest comic book film ever, I'm sure anybody who sees it will love it. Enjoy the rant after the jump...

Here are the 5 reasons in no particular order (Spoilers Ahead): 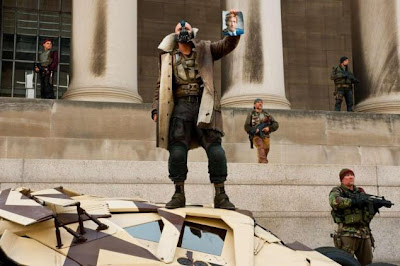 As is the case with all of the greatest comic books ever written, the story is only as good as the villains placed to give our hero a hard time. Honestly, everybody likes the bad guys more than the good guys... and because the bad guys are so awesome it makes it super cool when the good guy overcomes them. Batman is the rare case of a hero that has a dark streak, so his appeal has a bit of a villains touch in it (more on that later). Batman has a Rogues Gallery to die for, and when I heard Nolan was going with Bane I became really deflated. I was really hoping for The Riddler because Nolan's Batverse has a "real life" twist to it and I always thought The Riddler's practicality would work well.  Especially if Nolan would have cast a star like Depp or DiCaprio in the role... Wow!!! But Bane? Meh.... but then I heard it was going to be Tom Hardy, and I became intrigued. I love me some Hardy, and I began to think about the practicality of this character. Sure in the comics he is freakishly huge when high off the Venom chemical that gives him Hulk like muscles, and he has a genius like intellect. But I thought Hardy was built enough to pull off a hulking bad guy that could be quite intelligent, and that is exactly what he does.

Hardy plays Bane perfect, a true anarchist in every sense of the word. He wants chaos in order to bring forth a new order... and he will gladly be the cause of it. He is similar to Ledger's Joker, but has one vital difference... he is actually in full control of his out of control plan. Ledger's Joker did sick shit and then make his next move accordingly. That isn't really a plan, more like a reactionary course of action. Like when he is chasing after the witness in the car chase scene. He risks life and limb to kill that prisoner, and his overall goal was to get caught so he could detonate the bomb in Gotham County jail... yet he might not even survive the initial car chase. But that was not what Bane was all about... Bane was all about the long term. He was probably operating on those underground tunnels since the day after Batman took his hiatus. It was the ultimate long con, and he was perfect. And then there is the physical aspect of Bane's character. He was awe inspiring when he fought Bale, and I thought the back breaking scene was absolutely epic!!!! Perfectly done... and a menace worthy of the movie. If the villain is the most important part of a comic book (or a comic book movie), there couldn't be a better example of this then Bane...

#2 - Anne Hathaway's Catwoman was not to shabby either... 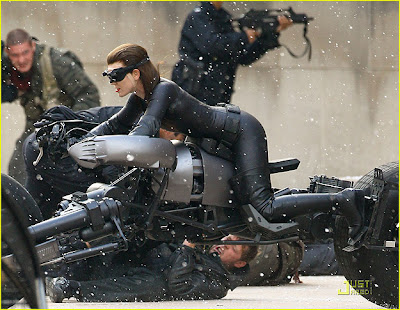 The more I think about it, the more I realize that I shouldn't be shocked about how good Hathaway was. I think back on all the roles I have seen this young lady in over the past 10+ years and I struggle to remember any that she was really bad in. She is even good in mediocre or terrible movies... I think she is just one of the best overall actresses in the game right now. She adapts to her role, whatever that may be... she can play a bookworm bride, a junkie frustrated with her family, or a young lady dying from a rare disease... no matter the role, she adapts her performance better than most. And when it came to taking on the sassy Selina Kyle, Hathaway killed once again. She has the toughness, the moves, and the attitude to pull it all off... and she does it all in epic fashion. God damn she was sexy... and she kicks MAJOR ass as well. her fight scenes were some of the best of the movie... in a movie filled with EPIC fight scenes. Many people thought Hathaway was miscast in the role and would ruin the movie. But in my opinion she is one of the strongest parts in the film, filling both a secondary villain role as well as providing the sexual tension/relationship angle with Bale. They mesh well, and I was genuinely happy to see them get together at the end. More perfection as far as I am concerned.  As long as I live I don't think I will be able to get the image of her dismounting the Bat Bike... wow!!!

#3- The Devil Is In The Details 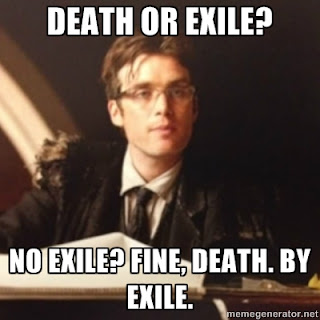 Nolan is the master of the long con, and it seems like his plot for the 3rd Batman film was developed quite a long time ago when he decided to go with Ra's Al Ghul as the villain in the first movie. The League of Shadows, Batman's foster father relationship with Ra, and the long term "Batman retiring for a bit and having to come back" were all long gestating ideas. It all adds up now that the series is over. Frankly I am eager to go back and watch Batman begins again just to see if there are any little nuggets in the film linking Ra & The League to The Dark Knight Rises. I love the little twists in the film, like when Bruce is talking to Thalia in the beginning of the film and asks if her family has always been rich. She says no, with a shy type look on her face.. and that is probably the understatement of the century since she was actually born in a fucking underground prison. Not rich forever huh? How about being cell mates with the worst criminals in the world? That is pretty fucked up... and exactly why she becomes the megalomaniac she eventually reveals. I love the death by walking across the frozen river aspect of the court proceedings, how Bane has no influence over the Kangaroo court that is instituted in New Gotham, and the fact that Bane's army is made up of orphans who are being turned out on the street by shelters that used to be funded by Wayne Enterprises. I also like that Bane knows Batman's identity because he is an employ of the League, and the League has known Bruce was Bats all along. I also like the re-appearance of Scarecrow as the mad judge, the flashbacks of Liam Nielsen as Ra, etc. All in all the little things add up to the greatness that is this trilogy, but ultimately shines through in the penultimate film that finishes it all off. From opening to closing this film is high on action. The big scenes like the police shoot out involving Catwoman, the Stock Exchange raid, the catwalk fight between Bane & Batman, the football stadium scene... all of them more epic than the next. But even the smaller scenes, like when Catwoman saves the little kid from the two thugs by kicking their asses quickfast... it is a snapshot at how cool the action is in the film. I especially love the first time we see Catwoman & Batman together on the rooftop. They are kicking Bane's guys asses and Catwoman grabs a gun and is about to blast one of them... and Batman knocks it out of her hands and says "No Guns". I loved that so much. The two fights between Batman & Bane were epic, and I love that in the 1st fight you see that since Batman is a bit rusty he is no match for Bane, who is on the top of his game. He breaks the bat... literally. All of the action pushes the envelope and is done so perfect. How great was that opening plane jacking scene? There are at least 10 different scenes that a person could call the "best" of the film, and that is why I think this movie is so great. And the fact that the action is the key to the story, but the story is deep & full of drama is a testament to how great of a director Nolan really is. 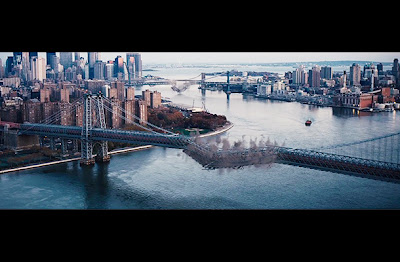 A new version of the Bat Copter? Check. Surprise character reveals like Thalia Al Ghul &  Robin? Check. Bane breaking the Bat? check. Gotham being isolated from the rest of the world like in No Man's Land? Check. Thalia & Bruce being romantically linked? Check. Bane's mask being the source of his strength and balancing out his chemical imbalance? Check. Catwoman and Batman having that uneasy sexual tension and sharing kisses here and there? Yup... its all there. And it is done supremely well. Nolan is a killer when it comes to this. He sprinkles in little bits of the comic story and when he decides to change some aspects of the canon story to fit his world (Robin being a grown up when meeting Batman, Thalia's origin, etc) it doesn't seem to make people as angry as when it happens in other comic book movies. Nolan respects tradition, but makes the material his... and that is why this film and the rest of the series is so fucking epic!!!!

So in conclusion, those are my reasons. I hope you guys see my points. If not, say so below in the comments. It's time to sound off people... tell us how you feel! Looking forward to hearing all of your thoughts....
Posted by Mike D. at 12:42 PM