Ken Haeser is a very talented comic artist that specializes in zombies. He is the artist from "The Living Corpse" comic, which is awesome in a way that hearkens back to the beginning of the "Walking Dead" run of comics. But one of the coolest things that I have seen on the 'Net has to be Haeser's custom variant covers that he often draws at Comic Cons that he appears at throughout the country. He created an awesome collection of X-Men variant covers featuring Muppet versions of the mutant gang we are all used to, and boy are they great. Kermit as Cyclops, Animal as Wolverine... those are kinda gimmies. But Fozzy as Beast & Gonzo as Nightcrawler are just awe inspiring!!!! Check out those as well as others after the jump, and support Ken by buying his art if you see him at a con!!! 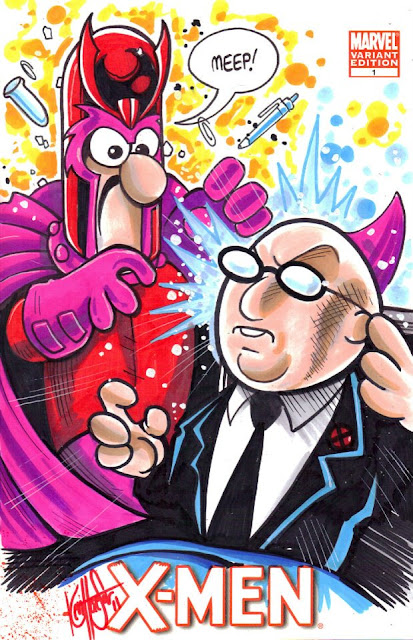 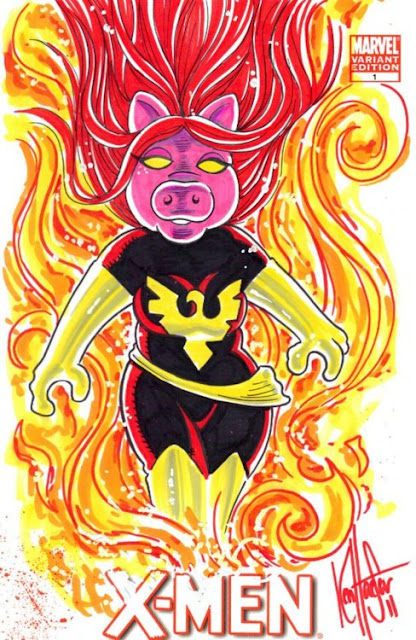 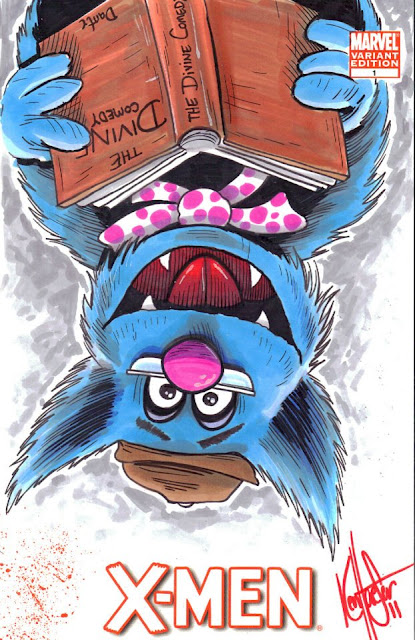 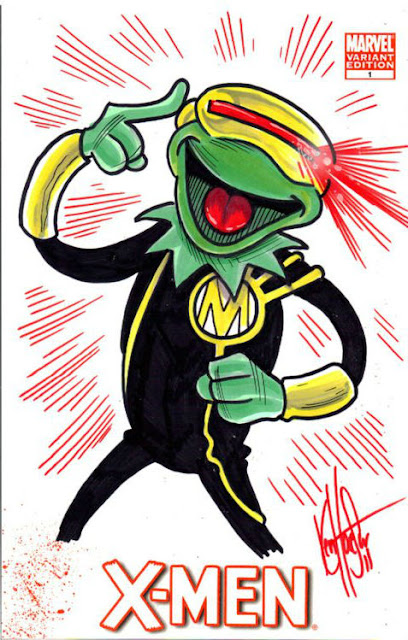 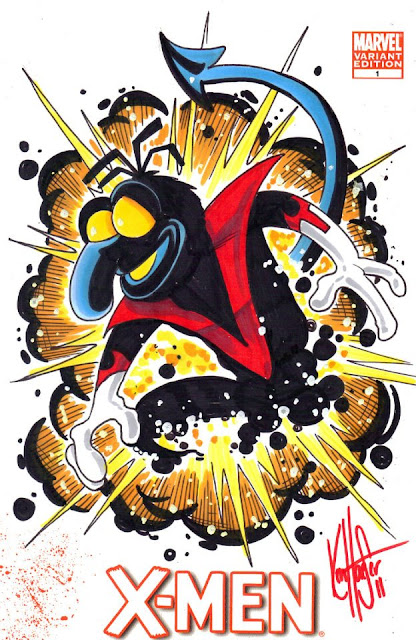 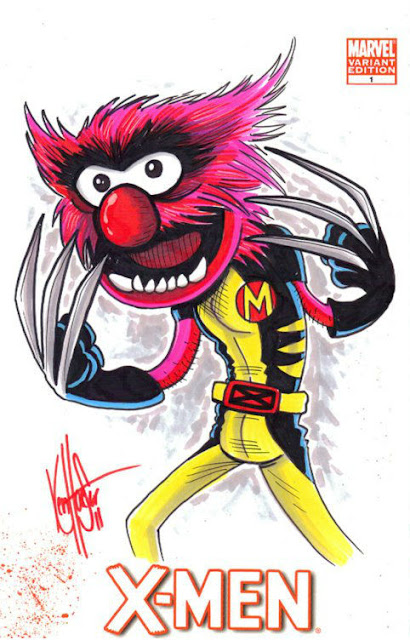