My friendship with Sean Hartter has be one of the coolest things to come out of creating this blog. I set out to share things that I liked that I came across on the Internet, and one of my earliest discoveries had to be the awesome faux 'alternate universe' movie posters of Hartter's. Once I posted his stuff, I became more and more enthralled with his overall work and then we began to dialogue and became friends. He even created a cool ass piece of faux VHS box art for us here at CCD. Part of the reason why I like my man Sean so much is because he is always involved in some quality projects and collaborations. So when he posted that he was teaming up with Scorpio Film Releasing to produce posters, artwork and music for some of their movies, I immediately became psyched. SFR is all about capturing the look and feel of 70s Grindhouse B movies, and Hartter is doing a great job capturing that with his one sheets and scores of the films. Check out the preview for their latest movie, Murder University, after the jump. Stay tuned for more release details and more work from Sean in the future. Keep the good stuff coming Mr. Hartter... 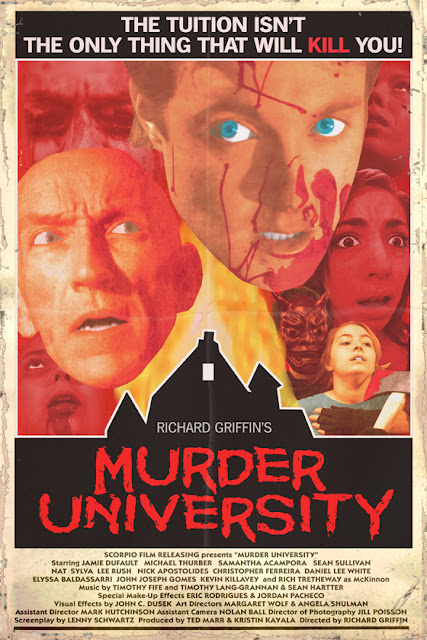