Mrs. Doubtfire is a harmless 80s comedy starring Robin Williams & Sally Field as a divorcing couple that are disagreeing on who should take the children. This leads to Williams donning prosthetic make-up & fake boobies while taking on the guise of Mrs. Doubtfire, an elderly women caretaker, in order to be closer to his kids. The movie is senseless fun... but what if it were something a bit more sinister? Check out Peter Javidpour's recut of the movie trailer and witness the darkside to a cross dressing nanny after the jump... you will never look at the unsuspecting old nanny the same way ever again!!!! 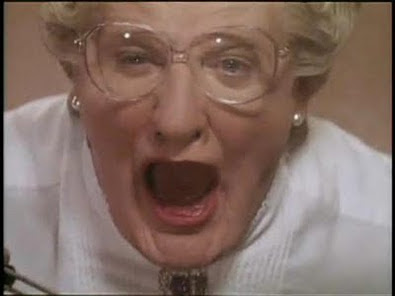