Phoenix Jones is the dude who runs around Seattle as a vigilante dressed in Super Hero garb. He has created & is the leader of the Rain City Super Hero Movement, a veritable Justice League of heroes helping to prevent crime through neighborhood watches and patrolling the streets of Seattle to help the police department. Like the idea or not, Jones and his heroes are there to stay. So it was only a matter of time before someone came along and dropped the gauntlet down to challenge your heroes... The Ledger to his Bale, the Lex to his Supes, the Mr. Glass to his Bruce Willis.... Well, that man has come forward. Meet Rex Velvet, Seattle's newest Super Villain. Check out the video after the jump to get familiar with Rain City's newest menace!!! 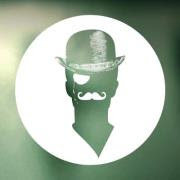