I was just flipping through the billion cable channels I have (and still can't find anything to watch) when I stumbled upon the late 80's crapfest gem that is Ghoulies II. This film is a terrible sequel to a cheestastic film from the 80s that I absolutely love. In the first film, little demonic creatures are summoned from beyond to make things difficult for a young Mariska Hargitay. But the reason why any real "80's Baby" who spent time in a Mom & Pop video store knows the film is because of the box art that features one of said Ghoulies popping out of a toilet. The box art is iconic and I know anytime I hear a reference to the 1985 film or any of its terrible sequels (there were four... FOUR!!!) it is all I can think of. So i decided to hit the ole Deviant Art network of artists in search for a good recreation. It was the only thing I could do to stop myself from watching the horrible sequel that is on Encore as we speak. Look what I turned up from Monster Cola after the jump... 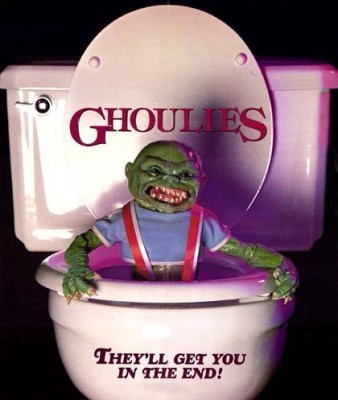 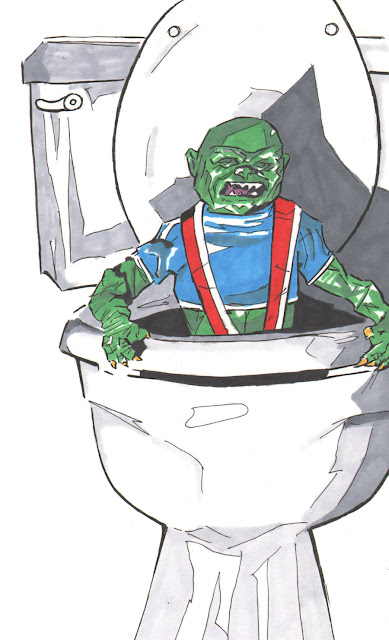