The Edgar Wright Triple Play At The Alamo Drafthouse Is Another Reason I Am Considering Moving To Texas...

God, the gang at the Alamo Drafthouse sure know how to put some interesting programming. This weekend they are hosting a triple play screening of Edgar Wright's three seminal movies: Shaun of the Dead, Hot Fuzz, and Scott Pilgrim. Wow... just wow. How is there no Drafthouse here in NYC yet? what are you guys waiting on? WTF!!!! Anyway, Mondo commissioned Kevin Tong to create a triple bill poster to be sold at the event, similar to the ones created by DKNG Studios & CCD fave Alex Pardee last year for the L.A. triple bills that were shown. Pretty awesome stuff, all the way around. After the jump you can see Tong's unreal take on the three films, as well as the two older posters just cause they are fucking awesome... 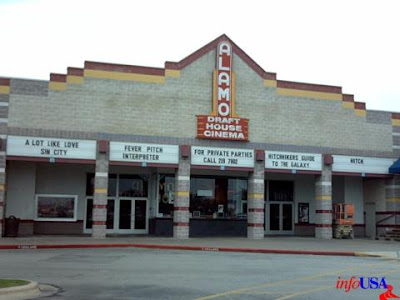