You would be hard pressed to find any horror fan, especially one with a love of 70's horror, that has a bad thing to say about The Wicker Man. It is one of Christopher Lee's finest performances and an insane movie that I feel is a must see for any true horror fan.On the other hand, plenty of people have said negative things about Nic Cage's remake... and almost all the time they are negative things. I for one am not one of those people. I love the new flick. More then anything. Not because it is better than the original... quite the contrary. It pales in comparison to the original. But it is unique in it's own corniness, and I would watch Nic Cage peel potatoes. Especially if he peeled said potatoes while kicking random women in the stomach. But these two movies are nothing compared to the epic mash-up put together by Paul O'Connell. He removed Lee, Cage and all the other humans and inserted the one thing that makes any film better... Muppets!!! 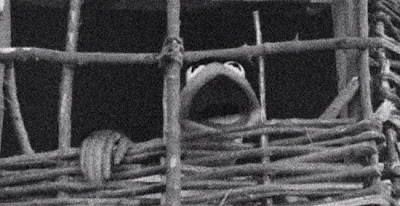 First up, we have an incredible trailer for A Very Muppet Wicker Man. This is so awesome it hurts!!!

As a bonus, O'Connell created a comic book version of his movie ideas, all which is readable online. Anybody who has seen either versions of the movie will be sure to laugh as O'Connell puts a very Muppet spin on something so dark and twisted as child murder & cults. Click here to see the full book... here is a sample of what is going to happen to you if you don't check it out: 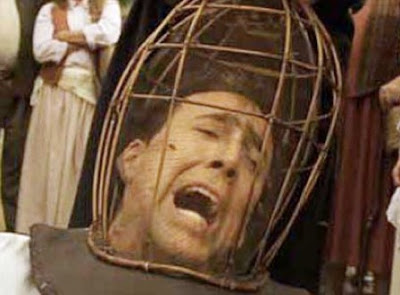