Mondo Lends John Carter A Bit Of Credibility, And They Do It In True Cool Poster Fashion

March 9th. What a great day. Not only will I be celebrating the life of the greatest rapper of all time who died way to soon (R.I.P. Biggie!), but I will finally get to see Edgar Rice Burrough's classic Barsoom series on the big screen!!! Given that this is the characters 100 year anniversary and that these stories featuring John Carter are the building blocks for movies like Star Wars, Alien, and Avatar... Well, quite frankly ITS ABOUT TIME!!! In order to commemorate the event Mondo has teamed up with artist JC Richards to produce a poster for the event, but unlike most Mondo prints this one will not be on sale in a quick run... it will be GIVEN away at select IMAX screenings of the film. This poster is just stunning, and it really captures the vastness of the Barsoom world that I am hoping to see in Andrew Stanton's film. Now I am really in. See you guys on line March 8th at around 11 Pm.... click after the jump to see the poster. 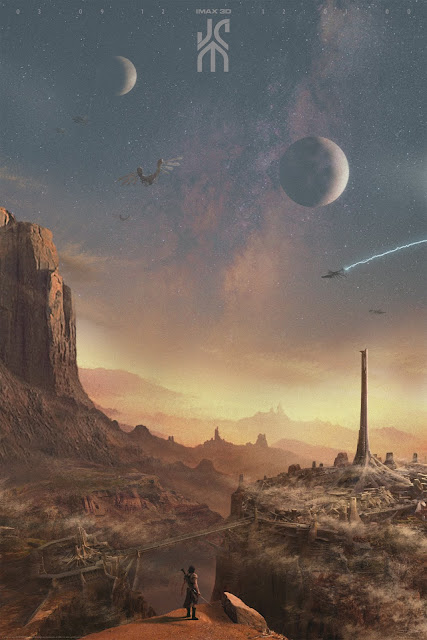