Did Michael J Fox Show Up In His DeLorean???

Marty McFly is back in action... well, kinda. This past weekend was a charity event called "A Funny Thing Happened On The Way To A Cure For Parkinson's" that is held by Michael J Fox's foundation. At the event, Mike dusted off his old six string and busted out his best duck walk as he joined the band in playing Johnny B Goode. It might not have been as good as the Enchantment Under the Sea performance, but it is good to see the guy still got some moves. Click after the jump for some video from the evening. 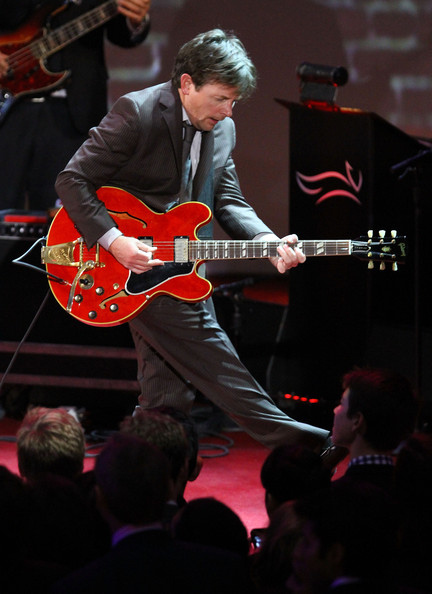 Email ThisBlogThis!Share to TwitterShare to FacebookShare to Pinterest
Labels: Back to the Future, Charity, Cool Videos, Marty McFly