Monster Brawl: Everything A Low Budget Indie Horror Movie Should Be 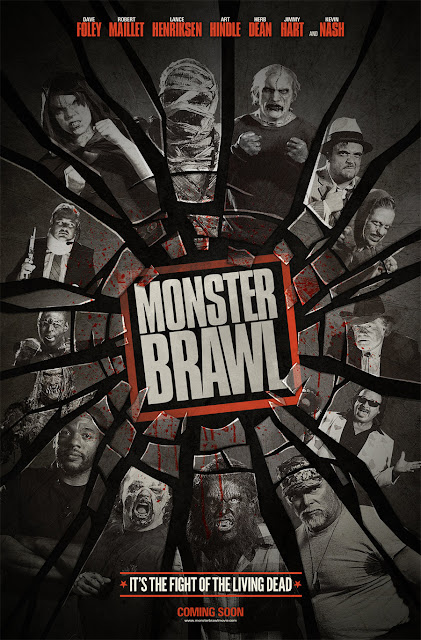 If you are going to make a successful indie movie in any genre, you need to have a really great concept/idea at the center of the project. The reason? Because you will be working on a miniscule budget with tons of other constraints such as shooting time and having a inexperienced cast. A great concept can go a really long way. This is especially true in the horror genre. How do you come up with a new way to re-invent the monster movie on a smaller budget? Monster Brawl will show you how:


Holy shit that looks like a lot of fun. First of all, they get a stud genre movie vet like Lance Henriksen to be the narrator of the trailer (a role he also occupies in the actual film). There is an example of bang for your buck. Instead of trying to cast the legend in a role, they make the opportunity to be involved in the project even more appealing by him having to only spend a few hours in a recording studio. Next, you got a wrestling monster movie. That is wonderful... but how could you make it realistic? Get the most boisterous wrestling names you can to be involved in the project! Jimmy Hart always makes me smile, and always has. He is a loony. Kevin Nash was always very charismatic as well, and he has had some success after the ring. He hopes to continue that streak. They bring real wrestling cred to the project. Then you get a hungry young director (Jesse T Cook) and a crack makeup/effects team that want to make a name for themselves.

All in all, this looks like a lot of fun. You are not gonna get Gone With The Wind or Casablanca from a movie that has a character named Witch Bitch fighting a guy named Zombie Man... but then again I doubt they were striving to match those flicks with this. There is no release date yet, but the sooner the better in my book. Did the trailer and the poster excite you? Will you check this one out? Tell us in the comment section below. Thanks to JB for another great find.
Posted by Mike D. at 10:56 AM