This current status of the new Wolverine is completely up in the air. The franchise is still viable and the studio has already invested in it, so it's going to happen. I've bemoaned the more recent developments, and as much as I disliked the last film and the departure of Aronofsky, there's a secret part of me that wants to see this movie. Still buried deep within me I want another Wolverine movie with Hugh Jackman. I want Wolverine Japan goddammit! 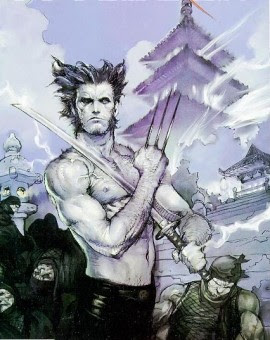 I keep hoping there will be some announcement of a crazy awesome left field Director like Clint Eastwood or The Cohen Brothers.....a boy can dream can't he!!??

Apparently the studio is eying eight potential Directors. In all their lackluster glory they are...

None of these choices are very inspired. Of them I guess Mark Romanek is my favorite, but having such limited credits he'll likely just end up being the studios bitch. The rest of them are talented enough Directors, and I've enjoyed some of their films. But even guys like Doug Liman and Jame Mangolds have crapped out flicks "Jumper" and "Knight & Day." That's exactly the type of bland studio fare that the first movie was, and what I don't want this one to be.

Why couldn't it have been Aronofsky? WHY!? DAMN YOU ALL!!!!

Somewhat interesting is the last name. Gary Shore. Obviously we don't know him as a commercial Director. But apparently this young Director put together a little fan film teaser to a Wolverine sequel a few months ago. Whether it was an attempt to get some attention who knows, but I have to say it is pretty damn cool.