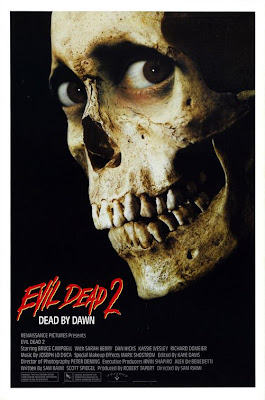 That image... changed my life forever. When Evil Dead 2 came out in 1987 I was just 8 years old. I had seen a few scary movies, and my loove for them had begun to grow. But when I walked into the video store and saw that image in the sticker machine, I went bonkers. That skull head was just so spooky, yet so appealing. I HAD to see that movie. I settled for Evil Dead part I, which was on VHS already. Thus began my love affair with Sam Raimi, Bruce Campbell, and horror movies in general. I made my father take me to see the second one in Manhattan a few weeks later, and I had a new favorite movie. Raimi had made his first movie into the masterpiece it could have been if he had the right amount of funding. Evil Dead 2 is a sequel, but is also a reboot in some senses... no matter how you want to classify it, there is one thing almost everyone agrees on: It's a classic!

Flash forward to the winter of 2007. 20 years later... 20 years of watching what how now became a trilogy (Army of Darkness came out in 1992) over and over, laughing hysterically at Ashley's crazy antics against the Candarian Demons of the Necronomicon. Chainsaw hands, boomsticks, pencils in the ankle, trap doors, creepy moose heads talking on walls, rouge hands, re-animated dancing corpses, a cabin in the woods, tree rape, Candarian chants.... yup, those are some great memories. Then I saw this ad for Evil Dead: The Musical playing off Broadway, and I almost shit my pants. How could they make a musical out of these films? 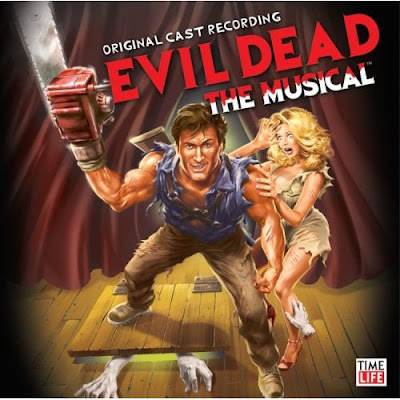 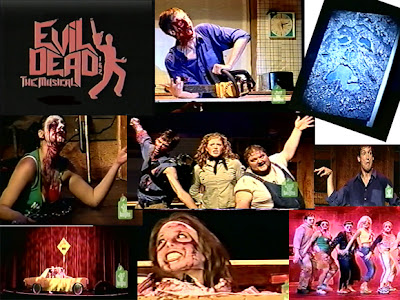 And the songs... oh god, the songs were amazing!!! My all time faves are "All the Men in My Life Keep Getting Killed by Candarian Demons" & "What the F@#k Was That". I laughed my way through the whole entire show... it was wonderful. Check out these two videos:

Look Whose Evil Now & What the F@#K Was That?

All The Men In My Life Keep Getting Killed By Candarian Demons!

So cheesy, yet so great. I even got this awesome mug the night of the show... and my son Mikey uses it all the time when he has chocolate milk. 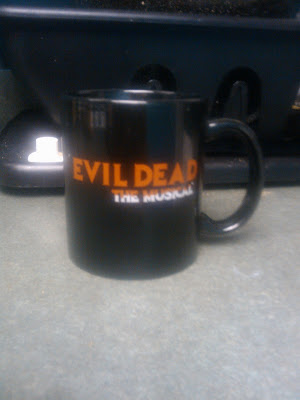 He is a huge fan of Army of Darkness, and I can not wait till this show rotates back to NYC or somewhere close in the future. You can click here to get tons of info on the show from the official website. The show tours the world (for real... check the list) and is a must see for any fan of the movie series. I have also seen bootleg copies of the show being sold at various Comic-Cons and Horror-Cons... and I have never bought it. I am going to change that mistake soon. Check this one out... its well worth it! 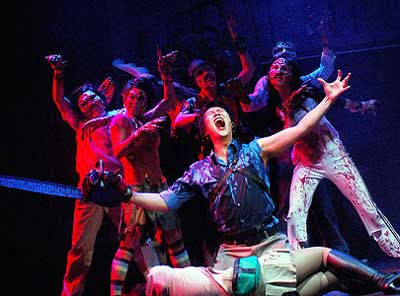