Hello all.. it has been a bit since I made any Netflix Instant recommendations. Not from lack of watching... oh, I have been streaming more then ever! I have watched 100's of TV shows and movies through my Wii. I get my 7.99's worth every month, believe that. But these are some of the things I did watch and I think you should give a try. Trust me... my taste is awesome. 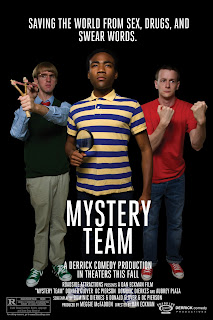 Mystery Team - 2009 - Donald Glover, DC Pierson, Dominic Dierkes, Aubrey Plaza
Most of you guys have probably read young adult books like 'The Hardy Boys', 'Nancy Drew', or 'Encyclopedia Brown' in your life. These books were great because you got to live through the actions of these young geniuses as they solved child crimes. Cool, but nothing to crazy. These books inspired many kids to do the same... but what happens when these kids grow up? This is the jist of The 'Mystery Team'. Three best friends spend their childhood solving child-like crimes around their neighborhood. Flash forward 10 years, and they are still at it. These 18 year olds are running around busting kids for small infractions and living the pure life they hoped to achieve as child detectives. The problem is the rest of the world has changed... dramatically. These 3 guys will make you laugh till you cry with their naivete. Throw in my favorite nerd crush, Aubrey Plaza, as their new client (this is the hottest she's ever looked!!!) and this one is a winner. Donald Glover will have you rolling on the floor. This is an absolute must see for fans of quirky movies like Napoleon Dynamite & the show Community. 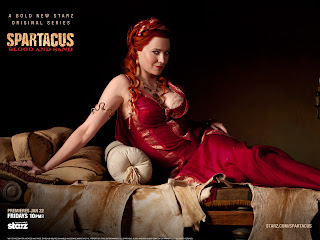 Wow... just wow. Starz killed this show. Gladiators. Tits. Sword fights. Tits. Drama. Action. Tits. Politics. Violence. Tits. Love. Honor. Treachery. Betrayal. Did I mention the TITS!!!! There is so much sex and violence in Spartacus that it becomes second nature. You stop even noticing it, and it just because unreal fun (except the tits, I never stopped noticing the tits) You will become obsessed with Batiatus and his house of Gladiators. I recommend watching 'Gods of the Arena' first since its a prequel... it will work much better. Just be careful because at the very end of the last show (episode 6) there is a spoiler flash forward to the end of 'Blood and Sand' episode 13. But otherwise, watching it in order will make you enjoy it so much more. You should watch this show on the general principle that Lucy Lawless is smoking hot at 43 and shows off her lovely goods. Trust me, seeing 'Xena' in action is worth the time alone. 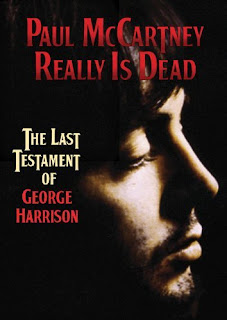 Paul McCartney Is Dead: The Last Will & Testament of George Harrison  (Documentary)

My parents are huge 'Beatles' fans and I am a conspiracy theory nut, so this one was an instant watch as soon as I saw it on the "Just Added" list. I have heard rumors of a cover-up of Paul McCartney's death back in 1966 throughout the years. I always dismissed it as some silliness. I even asked my dad, and he often said it was some ridiculous nonsense. I started this "documentary" being very skeptical... but once I finished I found myself wondering if it could be true. This "documentary" is a narrative that supposedly belongs to former 'Beatle' George Harrison. Apparently the two tapes arrived at the company responsible for this doc, 'Highway 61 Entertainment', in a package from London with no return address. The package contained a mini-recorder & 2 tapes. When the tapes were played, the guys at 'Highway 61' were treated to a wild story told by someone who is supposedly George Harrison. The film animates the voice from the tapes and what the person is saying. It analyses clues, situations, and facts that will make you think twice of dismissing it as a fraud. I can honestly say I wanted to think of it as rubbish, but I can not stop thinking that it may be true. Only God & the Beatles no the truth... and Ringo ain't saying shit!!!!

Check these three out... I think you will like them. Tell us what you think in the comment section below if you have seen any of them. I would love to hear your opinion. Alright, I gotta go... more Instant Streaming to do!!!
Posted by Mike D. at 12:46 AM