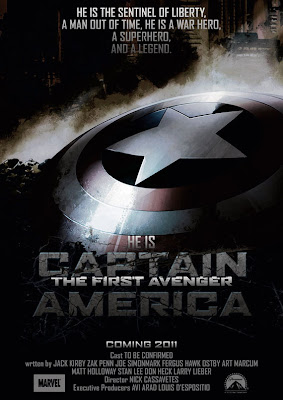 ... and boy is it chock full of material for us nerds to rip apart. First, lets see the trailer:

The Good:
The Bad:
The Weird:
All in all, not bad... could have been better, I would have liked more actual action instead of shots of Cap and the Howling Commandos charging & firing off screen. But that's just me. My interests are peaked... how 'bout yours? Tell us in the comment section below.
Posted by Mike D. at 10:21 AM