I am getting a bit of a late start today because I went to the movies yesterday. While most people could rebound from a movie the next day pretty earlier (after all you are sitting down, right?), my night was a bit crazier. I didn't see 1 movie... I saw 3. Our trek started around 6pm with a stop at T.G.I. Fridays for a triple play in which I chose Inferno hot chicken tenders... good god they were great, and a perfect way to start the night with Joe Fletch, Tommy L & my man Tonto. Then it was time for the movies. Joe F came up with an awesome flow chart of all the movies playing at the AMC (the kids a genius), and we decided to start the evening with a screening of 'True Grit'. 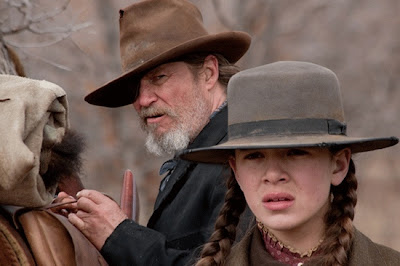 I absolutely loved it. Bridges & co do a phenomenal job for the Coen Brothers, who once again prove they can not make a bad movie if they tried. And keep an eye on Hailee Steinfeld... that little girl is special. I personally had wanted to see 'Black Swan' in this slot over 'True Grit' simply on the strength of the lesbian/masturbation scenes that seem to be the stuff of legend... but what do I know. I make it a point to take lesbian ballerina's over cowboy's with poor dental hygiene every time... but that's just me!

The chart pointed us to a 10 pm showing of 'Tron: Legacy' in 3-D.  As I have seen this before, I made the concession to see it again because A) The movie was wonderful and B) Olivia Wilde in a light suit. Are you friggin' kidding me? She is Fineeeeeeeeeeee!!!! We needed to kill a few minutes, so we snuck into the empty theater that was playing 'Yogi Bear'. Yup, not 1 person in there... shocker. Yogi actually looked kinda fun for a kids movie. I'm sure I'll have to see it with Mikey sometime. 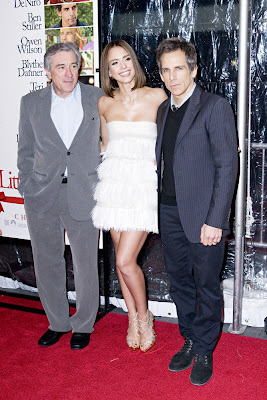 Anyway, Tron was supposed to start at 10, but it wasn't starting. They cancelled the last show... damn!!! We checked the chart, and the only thing starting was 'Little Fockers'. Oh man... I had no urge to see that movie. But you know what? It was quite funny... and the reason why the movie works is because Stiller finally stands up to DeNiro's overbearing character. Sure, they rehash on some of the older movies running jokes, and that can be tedious. But the story moved well. Oh, and for an ass evaluation of the movie, I offer you two things. 1) Terri Polo looked terrible. Oh how the mighty have fallen... she used to be gorgeous. Not so much anymore. 2) Jessica Alba. In a bra & boy shorts. Boing... That's all... nothing else to say. 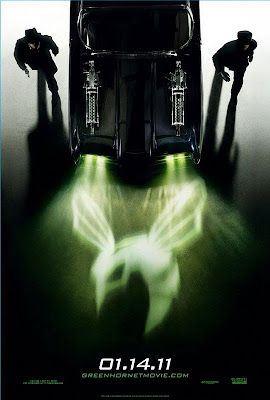 The night wined down to a midnight showing of 'The Green Hornet'. I had mixed feelings going in to this one. First off, I am as much of a Seth Rogen fan as anybody. I find the guy hilarious. But a superhero? I don't know man... Michel Gondry is a wonderful director, but could he handle this kind of movie? How was his quirky style going to find a path with a old school pulp superhero? Could Jay Chou possibly fill the Bruce Lee/Kato character's extremely large shoes?  And the supporting cast seemed to be well stocked with Edward James Olmos, Cameron Diaz, CCD favorite Tom Wilkinson & Christoph Waltz... but would they all work well? Lots of questions, but only one answer for all of them: Yes... Yes... YESSSSSS!!!! 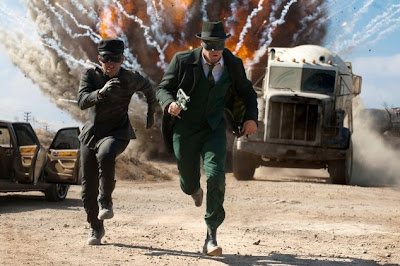 Let's start off with Rogen. He plays the dickhead playboy/oaf Britt Reid to a T. Remember that part in 'The Dark Knight' when Bale shows up to the restaurant with the two broads and they start stripping in the fountain to highlight how aloof Bruce Wayne is? Well, think of that time 100... and you start to get a picture of how crazy Rogen's character is. He plays Reid well, and it sells the film. As far as Chou goes... holy shit!!! His action scenes are amazing. He does things with his body that are so impractical and original that even if you do not like the story of the movie you will have to give it props from a fighting point of view. This is where Gondry uses the 3-D to his benefit... and that brings us to him. Gondry can make great movies ('Eternal Sunshine of the Spotless Mind', 'Be Kind Rewind')... but a superhero flick? He pulls it off seamlessly. And you know what... he does it because he makes the fictional universe of 'The Green Hornet' very realistic, while at the same time making it so ridiculous you have to shake your head. I know that sounds contradictory, but its not. 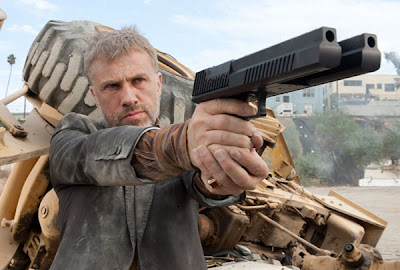 Like Waltz's villain. He makes him a hardened killer who runs a tight ship and all the crime in L.A., yet he carries a double barrelled 9 mm pistol that shoots two bullets at once. The way he runs the crime family is very realistic, while his weapon of choice is just bat shit crazy and completely unrealistic... and this is with one character! 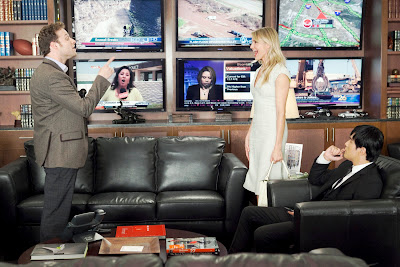 The supporting cast really carries this one. Chou is wonderful as Kato & Waltz is a formidable villain, but what about the ladies? Well, Cameron Diaz still gotta a bit of sugar left in the tank and those baby blue eyes still have that sparkle. The younger eye candy comes in the form of  former CCD Obscure Hot Chick's of the day Taylor Cole & Analeigh Tipton. We called these two as up and coming hottie actresses, and both of them sizzle as Rogen's arm candy here. The ladies are well represented in this one. The best supporting character may be the cars. The Black Beauties (they are more then 1) are phenomenal and the gadgets are on par with anything ever dreamed up by Q from James Bond. The car scenes are well shot, and make the movie so enjoyable. The car could have made the movie hoke, but instead Gondry gives us a vehicle that would make Batman jealous. 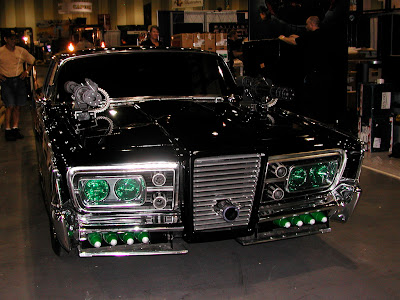 Honestly, I feel like the movie was close to perfect. Not at all what I was expecting from a January release. Overall, Gondry really uses the 3-D medium well, the fight scenes are absolutely stunning, and the movie was quite funny in a dark, Gondry-like way. Rogen becomes the titular hero, but not in an unbelievable fashion... he gets hurt, is uncoordinated and oafish, and is peril more often then any other hero I can remember. The Green Hornet is a fun and wild ride, and other superhero movies that are coming out in 2011 ('Green Lantern', 'Thor', 'X-Men: First Class') better bring it. If not, this puppy might be the best superhero flick of the year!!!

P.S.- Stay for the credits. Nothing to see except the names, but the sequence is in 3-D and visually stunning. You can see Gondry's genius and attention to detailed highlighted here. Make sure you stay the extra 8 minutes... it will be worth it!
Posted by Mike D. at 1:07 PM