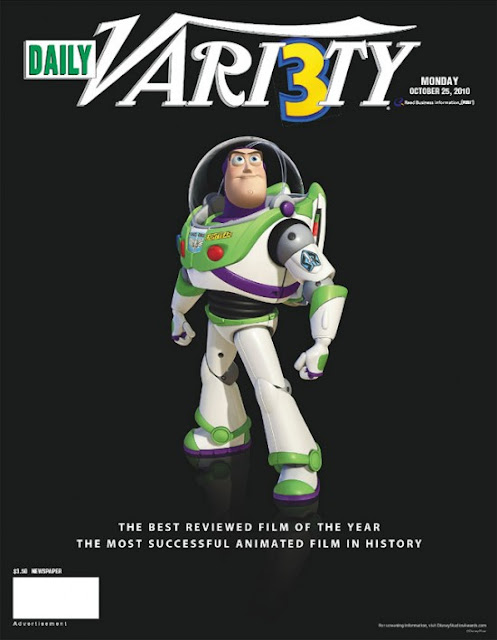 Toy Story 3 was one of the highest grossing movies of the year and also one of the best reviewed movies of the year. Even though there are some great animated movies out there this year, its looking like TS3 has the best animated feature Oscar locked up. So Disney is shooting for the whole she-bang and looking to win the Best Picture Oscar. Why is it so hard to imagine? It made boku bucks (over a billion bucks worldwide) and is truly heartwrenching... its better then most dramas at tackling sensitive subject matter. It's also wildly entertaining. So why not?

The people over at Disney & Pixar have decided to hit on all the previous winners of the Best Picture Oscar that fit a "non-traditional" model... movies like Godfather II (a sequel), Lord of the Rings: Return Of The King (a genre picture & a sequel), West Side Story (a musical), and Titanic (big popcorn movie/high grossing). So we are getting a few "For Your Consideration" posters campaigning for the Oscar. Here are the ones that have been released so far: 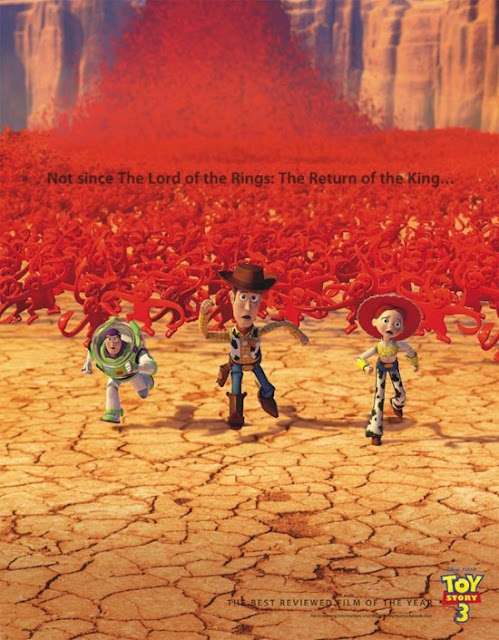 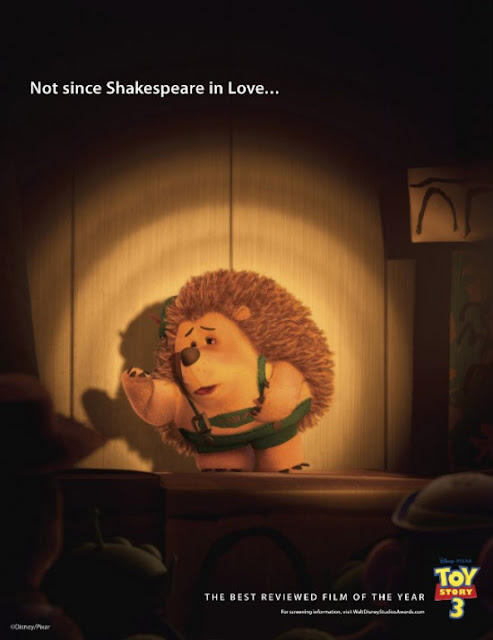 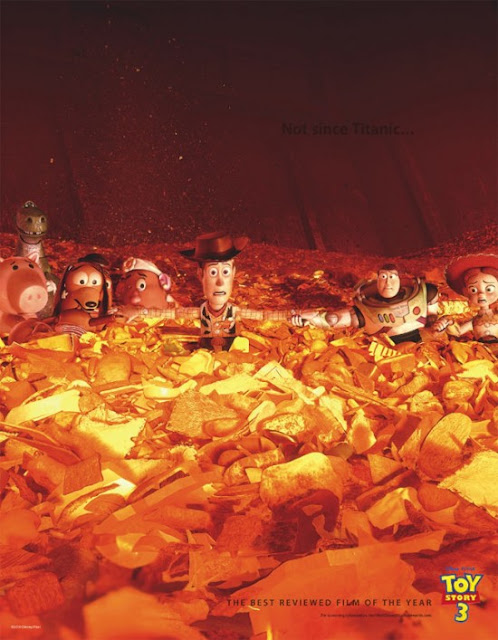 These are great!!! Do you think Toy Story 3 has a shot against likely "Best Picture" candidates The Social Network, Black Swan, Inception, and Scott Pilgrim vs The World (yeah right... hehehe!)? Let us know in the comment section below!!!
Posted by Mike D. at 12:51 AM