Favreau Might Be Off Of Iron Man 3... Here Is Why This Doesn't Matter At All 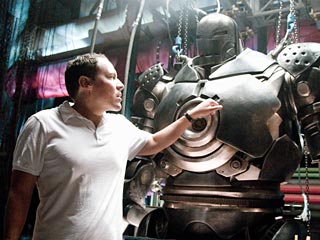 So websites all over the place are running unconfirmed stories that Jon Favreau, the wonderful filmmaker who brought us Iron Man 1 & 2, will not be sticking around to direct Iron Man 3. Oh My GOD... judging by the general reaction to this, you would think that someone just found a sex tape featuring Yoda & The Emperor. People are already touting the complete collapse of the Marvel Comics movie world and all other kinds of doom & gloom.... and for the life of me, I can't figure out why. Listen, I am a movie geek, a comic book geek, a toy geek... yeah, pretty much an all around geek. Yet the one thing that drives me nuts is when fellow geeks light up the 'net with ridiculous claims and statements. Whats even worse then that is when they complain about shit that is perfectly fine... So, instead of just disagreeing with all of these "doom & gloom" prophets, I will do one better: I will give you a 5 point explanation on why Jon Favreau leaving Iron Man 3 means absolutely jack shit. Here we go... 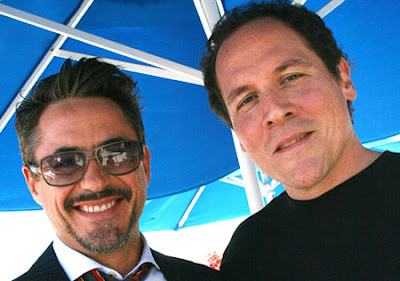 Listen, if the time comes around for Iron Man 3, and Favreau takes a pass (or isn't chosen) for the gig... well, I'll be sad. But I won't think its totally fucked before we know anything like what it may be about or where the whole Marvel Universe story will actually be at the point (with the above movies we mentioned all being tied in). Can it all fail... sure it can. But nothing is guaranteed. Lets hope it all works out in the end!!!
Posted by Mike D. at 12:33 AM