My 3 Favorite Scary Movies Of All Time: Sam James Edition

Ever since that scene in Scream where Ghostface asks Ms Barrymore that same question people have been asking each other it with regularity. Actually, I'm pretty sure they have been asking each other that since the beginning of film itself. Scary movies are just so easy to talk about... and so easy to form an opinion of. For many reasons they are the genre of movies that you can point to and say "Yup, these are the ones I LOVE!!!" In honor of CCD's 1st annual All Horror Week, we decided to highlight some of our contributors and friends 3 favorite scary/horror movies of all time. These may not be the best, but they are each person's FAVORITE, so these lists should be quite fun. Here we go!
Next to check in with their scary movie picks is our foreign correspondent Sam James. Sam is usually at home down in Jamaica (where in Jamaica??? Down by the beach!!!!) and living it up in the sun, but every once in a blue my boy finds his way here to NYC. He was most recently here for the 2010 NYC Comic Con and is responsible for most of the filming that was done at that show. Sam has been a longtime friend of mine and we have seen literally thousands of movies together.... when my man talks, everybody should better listen up. He knows his movie shit kid!!!! With no further ado, here is my brother from a darker mothers 3 favorite scary movies: 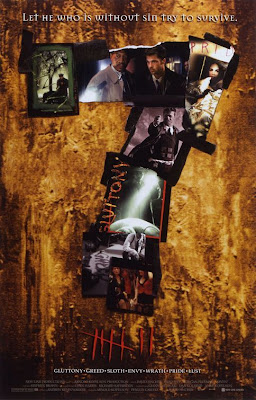 Se7en (1995) - I know it doesn't fit the classic definition of horror, but I love the premise! The 7 Deadly Sins have been such a cool theme for so many Halloween costumes (by that I mean groups of hot chicks working the theme), gotta give props to the movie that gave them that pop culture presence. "What's in the booooox"? 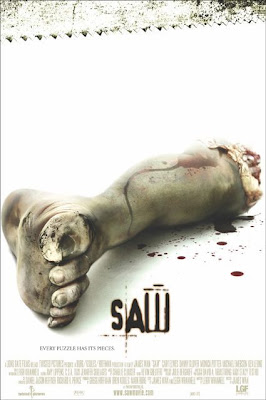 Saw (2004) - I love this one cuz if a guy was smart enough, had the money and was a psychotic f*ck it COULD happen! That alone is enough to make you lose sleep and wanna know on your parents bedroom door cuz you had a nightmare! 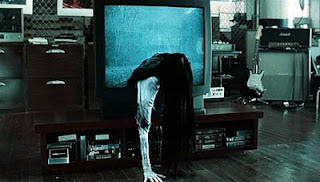 The Ring (2002) - Bottom line: Kids (and clowns) are FREAKY!!! Be them ghost, zombie, vampire or whatever the f*ck that chick was! After I saw it in the theater (with you as a matter of fact) I had to call someone to stay on the phone while I drove home cause the turnpike was EXTRA dark and lonely and I was freaked the f*ck out!
Posted by Mike D. at 1:13 AM