My 3 Favorite Scary Movies Of All Time: Joe Esq Edition


For those of you who know him or have read some of his work here on CCD, you know that Joe Esq is what some would call a regularly unhappy person with the rest of the world. Don't get me wrong, he is not a constant downer (like another certain 6'5 friend of CCD who shall remain nameless... TONTO!!!!), but he is just constantly getting infuriated by other assholes actions. His witty banter and sharp tongue often has us laughing for hours on end. For more of this one of a kind Joe Esq humor, check out his blog Perpetual Satisfaction by clicking here, and look for Joe's "Taking It Back... Way Back" columns here on CCD. Now, with no further ado, we get Joe Esq's 3 favorite scary movies of all time. 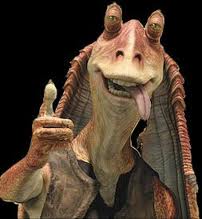 Star Wars Episode 1: The Phantom Menace (1999) - Very frightening to me because its a simple and realistic demonstration on how too much success can be a bad thing. Its the story of a once innovative and creative director who grew fat and bloated on his own perceived brilliance, surrounded himself with lackeys and yes-men, and decided marketing to four year olds could be a satisfying substitute for real storytelling, plot continuity, and decent acting performances. Theater goers world-wide were forced to watch in abject horror as fart jokes, and shit jokes, replaced relatable characters and overly busy computer effects replaced simple and masterful puppeteering. This movie continues to scare the shit out of me, most notably for its ability to confuse viewers into thinking there's anything good about it. 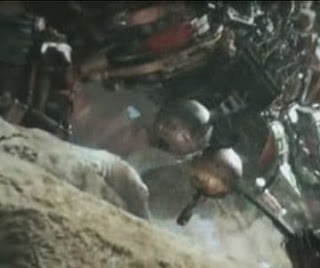 Transformers (2007) - Insanely frightening, not only for its Star Wars prequel-like ability to fool its viewers into thinking it was a decent movie (nevermind those who were so brainwashed into thinking it was actually a good one), but paralyzingly scary for the simple fact that it grossed 710 million dollars worldwide. The fact that THAT many people were so willing to forego anything resembling a plot, much less a plot that's actually about Transformers, because there were a whole bunch of explosions, Megan Fox is hot, and there's that part where that one robot pees on that guy should have everyone in church praying for humanity's salvation... and that's coming from someone who doesn't believe in god. Scariest of all, this abomination of a movie gave birth to a sequel which featured these: 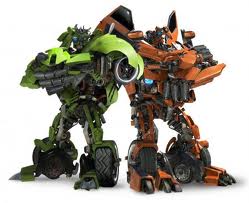 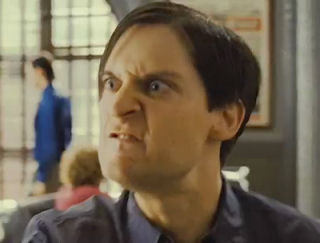 Spider-Man 3 (2007) - Scary once again because it is once again demonstrative of the public's willingness to so easily forego things that should be a staple in every movie, like a plot that makes sense just to see some special effects that look reasonably cool. This hunk of crap grossed almost 340 million dollars. Also this movie features a Peter Parker who turns semi-evil, and demonstrates this by becoming emo and performing a song and dance number. Bone chilling stuff.
Posted by Mike D. at 1:15 AM