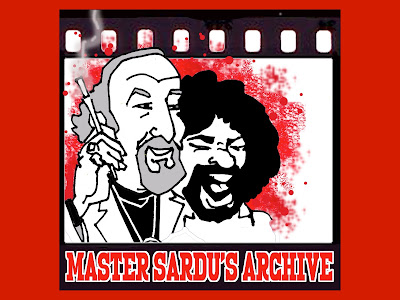 Music and movies have a long-standing relationship, playing an integral part in each other’s development from the early days of cinema. This is exceptionally true when it comes to horror movies since music is an excellent method to accentuate a mood shift or sudden scare that is often a key component of horror cinema. Heavy Metal and Hard Rock n Roll have carved out a niche of being the ‘go-to” music of this film genre. It might be the blaring guitar riffs, the pulsating drums or the high pitch wails of the front man singing his lyrics… but whatever it is, Heavy Metal/Hard Rock & Horror seem to go HAND IN HAND! 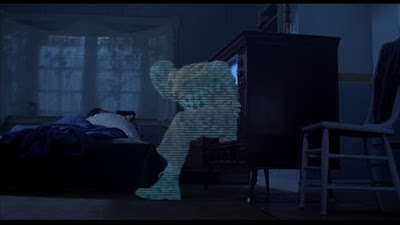 One of my earliest memories of this marriage must be Wes Craven’s Shocker (1989). This is probably due to that fact that all though I was only 10 years old in 1989 I owned this soundtrack on vinyl. It is loaded with top tier Heavy Metal/Hard Rock talent, including luminaries such as Alice Cooper/Iggy Pop/Megadeath and the super group The Dudes of Wrath. This group was made up Paul Stanley (Kiss), Rudy Sarzo (Whitesnake), Michael Anthony (Van Halen) and Tommy Lee (Motley Crue) as well as some other well known hard rock musicians. They contributed three songs to the project, including the title track “Shocker” which serves as an autobiography of the maniac killer Horace Pinker in the movie. The true highlight is Megadeath’s cover of “No More Mr. Nice Guy” … a song that really fits when it appears in the film! 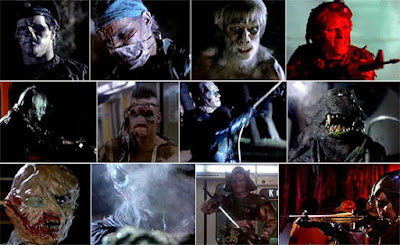 Another rock related horror classic is the VHS mom and pop store rental fave Neon Maniacs (1986). This movie is utterly ridiculous in almost every way imaginable. It is totally cliched and paints an unfortunate imagine of the rock scene on the West Coast in 1986. Yet it does have some redeeming qualities. The “maniacs” in the film feature some well designed themed characters like Axe, Hangman, Juice, and Soldier. Don’t let the names fool you… these are killing machines! The heavy metal/hard rock connection comes in the 3rd act of the film, which is set against the backdrop of a local “Battle of the Bands” competition. This is where we see an epic battle between main character Steven’s pop rock band “The Outlaws” square off against the hair metal rockers known as “Jaded” … but also, we get the final setting for the end all, be all battle between Cali teens and Maniacs. B movie magic with a Rock n Roll backdrop. 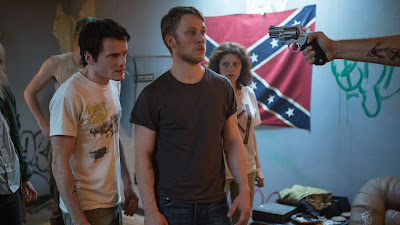 Finally, a more recent entry into the Hard Rock Horror categories must be Green Room (2015). One of the biggest components of rock music is the live show. It has been and always will be the life blood of this musical genre. At these live show venues, we often have a Green Room, which is effectively a backstage waiting area for a band who is playing to hang before they jump on stage. Not every person/band that is on the heavy metal scene is 100% “about the lifestyle”. They are not all anarchists’ nihilists looking to do damage in the name of Satan. Sometimes they just wanna play music fast & loud… but also be normal. So, what happens when one of these straight edge music first bands happens to witness a murder in the backstage are by Neo-Nazi’s who run this venue? Will they be allowed to leave, or will they become victims themselves? A great cast (Anton Yelchin in one of his best roles, Patrick Stewart playing very against type as a Neo-Nazi gang leader) that is constantly being bombarded with violence and super sonic sound… this movie is the quintessential “Rock and Roll Horror Movie” across the board. 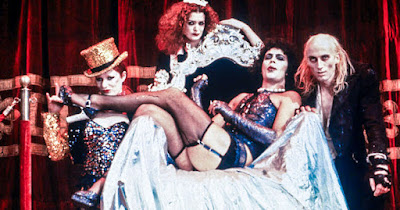 Honorable Mentions: Rocky Horror Picture Show (1975), Black Roses (1988), Mandy (2018) and Queen of the Damned (2002). They all feature some great Rock n Roll/Heavy Metal numbers quite intricate to their overall aesthetic.