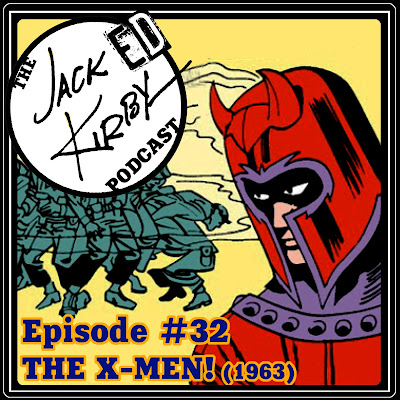 What would become one of Marvel Comics’ most popular franchises had a very slow start in the hands of Stan and Jack. Join Tommy, Mike D., and their very special guest Sam James Jr. of Jamaica as they explore the roots of the X-Men and the impact the title and characters would eventually have on comic-dom & pop-culture.

Big shout out as per usual to our super producer Rob Martin, and big shout out to our guest this week Sam James! It was great to have our Jamaican Brother from another mother on the show!!!!