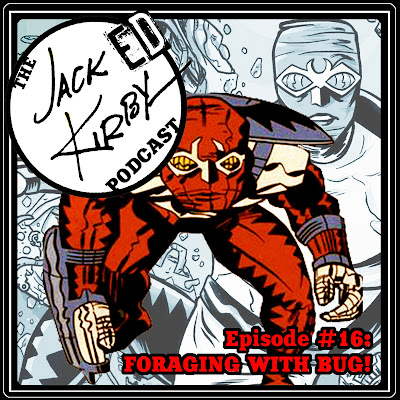 Hosts Tommy and Mike D. explore the underground Colony of Apokolips with special guest James West Esq., digging up dirt on Forager aka Bug! The discussion starts with the character's introduction by King Kirby, and tunnels all the way to Mike & Lee Allred's DC's Young Animal 2017 miniseries... with many fun detours along the way! Just another great character still making moves in comics long after Kirby introduced him... so we gave him his own EPISODE!

Special Thanks to our super producer Rob Martin, and this weeks guest James West!!! Here is the embedded player for all you folks who don't use ITunes or any other Podcast apps...

"Bug City"- by The Presidents of the United States of America