In one of the best openings of any show I have ever seen, a cop on his beat in crowded Times Square sees an abandoned white duffel bag. Major security alert especially when he also sees the message on a tag on the bag informing him to call the FBI. After the usual security precautions everyone is startled when something moves inside the bag and out pops a gorgeous, totally naked woman; her body covered in tattoos. WOW. Now I got to learn more.

I just read the Entertainment Weekly review of Blindspot in which they gave the show a grade of C. What do they know anyways?

After losing out on the Wonder Woman gig to Gal Gadot, Jaimie Alexander might have found a nice place to land with this one. That is of course if they can make sure that they reveal just enough of the mystery to keep me going and guessing each week. I want this one to be like 24. I want a hyper reality and I want at least some of my damn questions answered as we move towards SOME kind of truth. I am sick and tired with investing in a long series only to be let down. I will only reward a few shows with my precious time and Blind Spot may be one of the leading contenders this television season. 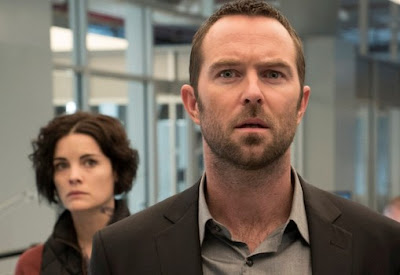 Last year's 13 episode gems (Daredevil, How To Get Away With Murder) proved my theory that fluff and filler has to go the way of the dinosaur if a genre show is to survive. Watch me be proven right this year on Gotham which dragged it's ass around for half of lasts year's laborious 22 plus episode season. We don't need it anymore. Hell, Agent Carter told a great story in half that number of episodes and it was thrilling to be a part of. I will let you be the judge as to whether eight episodes helped or hurt the first two seasons of True Detective.

Anyway, the girl in the bag has extensive military training but can't remember anything about her personal life or her past. Very selective amnesia going on here. I was hoping that little piece of the plot would be explained in such a way that I can drop it as a question in my mind. Thankfully they did that. 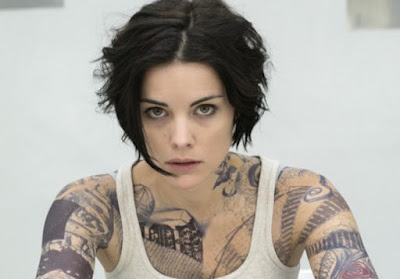 Jane Doe is immediately sympathetic and you want her suffering to end. I kept trying to watch this show from her perspective. To imagine how a person in that situation would feel. To not know WHY all this terrible stuff is happening to you would be frightening. That was the power of this opening episode.

Great cast as well. Jaimie Alexander is very good and plays the right mix of rage of fear that the role requires to be even half ways believable. I bought the whole premise based mostly on her performance. I think we might have missed out on a very good Wonder Woman.

The FBI seem to want to help her especially when we find she can speak and read Chinese and that vital clue helps with stopping a possible terrorist event. This was a nice twist that gave Jane Doe a reason to be in the field despite being such a valuable asset. 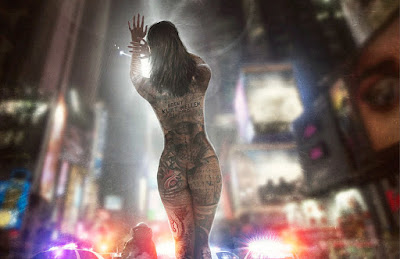 The information comes at you fast and furious. The best part being that the FBI agent Kurt Weller has his name tattooed on the mystery woman's back. Why his name so prominently displayed? Someone is obviously trying to make a point. Man, I love a high concept but you know what I say about high concept. You have to go full retard on the execution or nothing will work. I am as much interested in the process of this story as the actual story itself. This one can go either way. It's either will crash and burn under the weight of it's story or it will shine because of that kind of insane complicated mythology.

Weller (Sullivan Stapleton from the excellent Strike Back) himself is no slouch. He has a great mind for investigation and the resources to find the truth. This is a slick presentation. The show thinks as fast as I do or at least the pilot did. I like that kind of storytelling. I like being there as the mystery unfolds. I can hold a lot of clues in my head so pass them out to me. Just please have everything pay off in the end. This one definitely makes me want to come back for more.

The fight choreography is also excellent and Jaime Alexander is more than up to the challenge. Nice use of the New York setting as well.


All in all one of the strongest opening episodes I have seen in several seasons. I want to see where this one goes in the future. 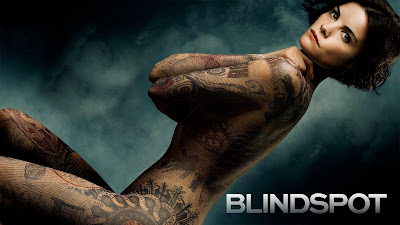