When Will It Stop: Why Are All The Nerds On The Internet Hating On The Ant Man Trailer? - A CCD Rant by Mike D

As I sat in my favorite bar n Brooklyn, the Irish Haven, watching Agent Carter with a few of my customers that are nerds like me I began to get excited. As the first hour came to a close (on a pretty great show, cause you know its Marvel...) I was anticipating the premiere of the Ant Man trailer. But then they announced that there was another hour of Agent Carter coming. Wait... what? How did I miss this? It was a 2 hour premiere? Ok... 1 more hour to anticipate the trailer. Hour 2 of Agent Carter was even better, and boy oh boy it was 9:55 Pm and we were finally here. It started... and I was completely breathless for 90 seconds. Trying to take it all in, I didn't want to miss a thing. And as I turned to my friends at the bar, they seemed about as jazzed as I was. I couldn't wait till the next morning when it hit the 'Net and I could get a proper breakdown (like this great one from the Den of Geeks!) of the whole packed trailer screenshot by screenshot. So imagine my surprise when I saw a bunch of my friends (and fellow nerds) on FB bashing the 90 second trailer, and then found a majority of articles doing the same... WHAAAAATTTT??? I can understand why a non comic fan might not be excited, but what did all these (supposed) informed nerds watch to be so mad about? I felt a rant brewing, and after a few days I have to unleash....

More after the jump...

So listen, I am not trying to say that the Ant Man trailer was the greatest thing since sliced bread. I liked it... a lot. But I am an uber nerd. And especially an Avenger comic uber nerd. So to finally get Mr. Hank Pym and his suit in the Marvel Cinematic Universe is absolutely amazing to me. To get an expanded character list (Scott Lang, Yellowjacket, Hope Van Dyne) makes me even MORE excited. Ant Man is an original 5 Avenger. He was in The Avengers before Cap. Check the facts jack... most of these cornball fans who only know the movies don't realize how important Mr. Pym is to the Avenger family. How can we have gotten this far and have no Ant Man or Wasp. Not even a mention. Wow. So in my eyes, this is more than DUE. But for some this is Marvel reaching... how? This character NEEDS to be in the long term Avengers story. How can anyone debate that?

Now lets get right to the trailer. I will start with a few things I like, and then I will tackle these suppose dummies and their criticism. First off, in the comics Scott Lang is a bad ass felon who steals Pym's Ant Man suit to commit crimes for his sick daughters medical bills. When I heard they cast Paul Rudd I was a bit worried. I like Rudd, but could I buy him as a criminal (albeit a good-intentioned one) as a prison hardened criminal. Well the trailer answers that with a resounding yes. The stubble, the slim and trim look, the black skully hat wearing Rudd looked the part... and he was believable in all the prison "fight for your life scenes". And when he is reunited with his sick daughter? Yup, I am feeling the pain of a parent who has to turn to crime to help his child. Rudd seems solid as the lead, which was one of my original worries. So there is that.


Then we get to the tech and the suit. Douglas looks and sounds the part of Pym, and if he is truly going to be integrated into the middle era of the Marvel Cinematic universe (between Agent Carter in the late 40s and Iron Man of the 2000s) through flashbacks then I am all for the mix of high and low tech in his labs. These can also be secret labs for  Pym that has to leave the public world... and needs help from Lang to do something. Kind of like that hidden S.H.I.E.L.D. computer lab that Cap & Widow find Armin Zola in. Trapped in time, but still quite functional. Oh, and the suit is pretty amazing. The helmet is perfect, and the suit is sleek with a dark red coloring that keeps the original feel that King Kirby intended with his designs yet modernizes it in a way that makes it believable. This is the best costume design in relation to the original character that I have seen in quite a while. Bad ass in my mind.


Then we got the shrinking, which was done in a great way. He just evaporated, and then he is 3 inches tall... insane. And he rode a flying bug. A FLYING BUG! HE RODE A FLYING BUG IN THE TRAILER!!! What else do you people want.... this is the quintessential Ant Man, pulled directly from the pages, and people are complaining? Get the fuck outta here. It is perfect. Plus, two years ago we saw the possibilities of a fighting Ant Man back in the teaser trailer from Edgar Wright. The running towards a dude full speed, shrinking down mid air and getting past them has been shown to us... the action will be FINE. How can any fan of the comic or character think these character designs and action segments weren't great?

Then we get the supporting cast. Cory Stoll is a mean looking dude off rip, and I cant't wait to see him as the multi-armed Yellow Jacket (if those leaked character designs were real) raging. I like Stoll, especially from House of Cards. I think he can be a cool baddie. Hope Van Dyne? Evangeline Lilly is great, and I love that they are going with her. That means when she eventually does become The Wasp (and eventually maybe even The Red Queen?) it will be a modern version, leaving her momma Janet Van Dyne and the original Wasp for those in between years we talked about above through flashbacks. More characters for the Agent Carter, S.H.I.E.L.D. cold war era shows to bridge the gap. And did you see her training Lang??? She is already a bad ass. 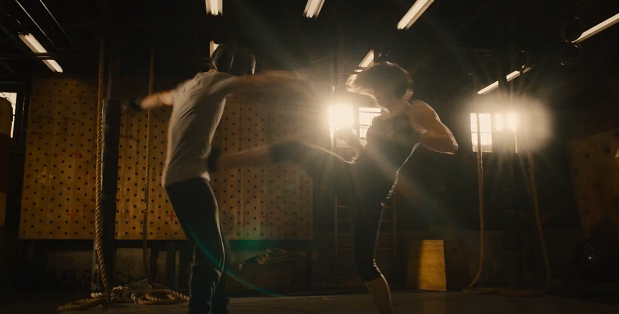 It is the first trailer. You aren't going get to get major reveals. No plot points. At least I hope not. It is called a "TEASER" for a reason. It is just supposed to wet your appetite. So why would people be so upset about it? So far here are the top complaints I have heard:


So lets hit on a few of these. This is going to be fun.


1) No story lines are supposed to be revealed. It is a TRAILER. The FIRST TRAILER. What did you think you were going to see, the final scene?

2) Just enough intro to the core cast to intrigue you, and get you speculating. How much of the flashbacks to Pym as Ant Man be in the movie? Will Janet Van Dyne appear? Will Hope become Wasp? How long into the movie before Lang starts the Ant Man schtick? What the hell will Yellowjacket look like... and why is he so mad at Pym? Not delved into enough... my head is swimming with scenarios!!!

3) Honey I Shrunk The Kids is a rip off of Ant Man. Not the other way around. If you say that you sound like a) an uninformed douche b) trying to be intentionally snarky when you know better or c) oblivious to the fact that Ant Man is AN ORIGINAL AVENGER!!!!! Either choice you are can not be tolerated or taken seriously! (I'm talking to you Lock!!!!)

4)  Like Iron Man? How? The action of any of these movies is going to be.... how would you say it... COMIC BOOK-ESQUE? Because, you know, they are based on comics! Jesus.... to say that this "looks" like something previous after only 90 seconds of footage that PROBABLY WON'T MAKE THE MOVIE ANYWAY is just haters going to hate. But how exactly does this look like Iron Man (or any other Marvel movie) at all? I'm not really sure I understand the comparisons.

5) The joke was corny? Is it? I remember when the first Guardians trailer dropped. Hooked On A Feeling playing throughout. All people could talk about was that song... "is it going to be in the whole movie?" That would be SO GOOFY. Tell me its not going to be that SAME SONG over and over..." Yadda Yadda Yadda. Remember that? No... think hard. Try to remember. It was ALL anybody wanted to talk about. Oh, that and how this was probably going to be Marvel's FIRST MISS. How did it all turn out? Well, James Gunn made a pretty amazing movie that finished the calendar year as the HIGHEST GROSSING MOVIE OF THE YEAR. Oh, and the song WAS IN IT... but the overwhelming success of the whole film HINGED on Awesome Mix Vol. 1 and how it was used as both a story telling device and overall soundtrack to the fantastic movie. To think that a SONG was what people were picking out as the possible problem with Guardians of the Galaxy and in turn the soundtrack becoming the strongest & most appealing part of the movie was a sweet comeuppance for all the haters, no?

6) The short answer to the question "Aren't We Tired Of Marvel Yet?" is simple: NO... No we are not. Need proof? Guardians made the most money of the year at the box office. #1. Not the billion dollar Transformer franchise. Not the 30 year old TMNT brand. Not good ole Captain America in his second (and totally amazing) film (that finished #3 for the year BTW in money earned). Not the conclusion of the Middle Earth series, or the Mockingjay, nor X-men in their greatest comic adventure. Not Spider-Man, or Angelina Jolie as a Disney villain/heroine. Not Disney or Dreamwork's latest animated masterpieces. Not the resurrection of Godzilla with Walter White aiding him. Not even Christopher Nolan and the McConaug-isance could top a TALKING RACCOON, two Green mercenaries, a guy best known as Fat Andy and WALKING TREE. WTF more proof do you need? Oh, and the fact that S.H.I.E.L.D. has really began to hit its stride, Agent Carter was extremely well received, and Daredevil is about to kick off the whole Netflix experiment. Oh, and lets not forget about the 9 movies that Marvel just announced over the next 5 years. Yeah, I guess everyone is sick of Marvel. LOL.

So in closing, just remember that words like TEASER and TRAILER are used in these instances for a reason. They are SNIPPETS of info to garner interest... a good TRAILER shouldn't even be constructed with key plot points, visuals or anything. It just needs to peek someones interest. Also, try to remember that the words TEASER & TRAILER are not SYNONYMS with FINISHED PRODUCT or FINAL VERSION OF A MOVIE. I know its hard, but lets do ourselves all a favor and save all the hate we have for terrible travesties like the remake of Annie or the next property/board game/tv show that they want to re-brand and distribute. That is where the hate should go....

Learn from the past... Marvel got this. At least I think so. So in closing I end with this: 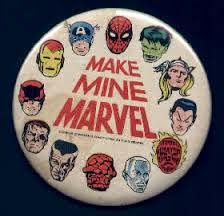