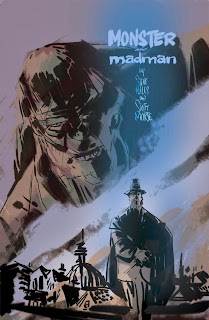 One of my favorite comic writers is Steve Niles, especially due to his special work on the 30 Days of Night comics. That series, with its debut in 2002, ushered in a golden age of horror comics and made vampires in comics cool again. Niles has gone on to work on a slew of other things including Batman: Gotham After Midnight, Batman: Gotham City Line, DC Infinite: Strange Cargo, Simon Dark, The Creeper, and Criminal Macabre that I have absolutely loved, so when IDW issued a press release for his newest project I naturally got excited. It is called 'Monster & Madman' and features Frankenstein joining forces with the most famous serial killer in history, Jack the Ripper. Yup, that's right... Jack the Ripper and the original man made monster in a period piece. Penned by Niles. Drawn by Damien Worm. Good god... I for one can't wait. They book hits stands around March of 2014. Check after the jump for a full size shot of the cover and the full press release from IDW... 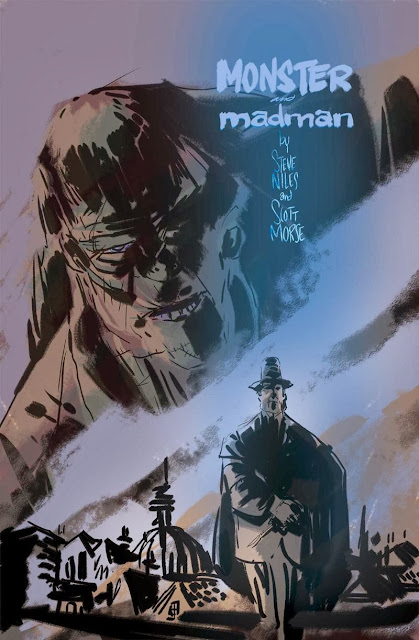 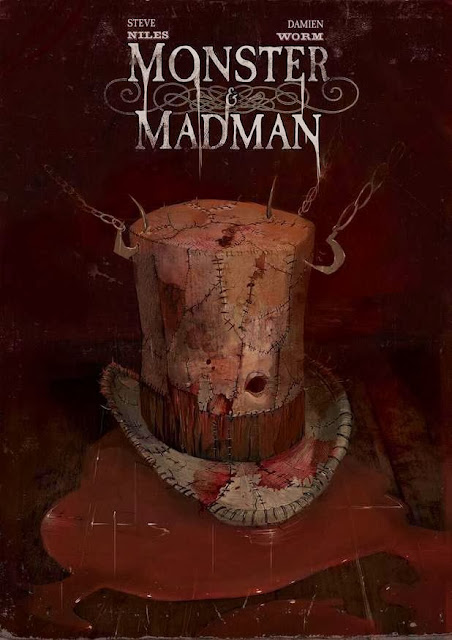 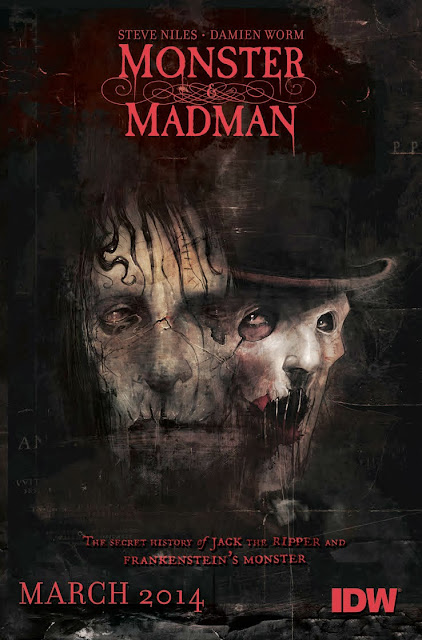