One of the coolest things about running this blog has to be a few of the small perks that I get. One of these are press passes to cool events, mainly comic cons and the such. But I have never ventured out of the immediate NY/NJ area to cover an event. That all changed last Friday when I received passes to cover the 2013 Wizard World Philly Comic Con. My man Jerry Milani hooked Joe Fletch & I up with some passes, and we planned a road trip! Unfortunately, Joe suffered a bit of a knee injury and had to bow out... so I decided to turn my one day trip down 95 South into a Father/Son day. And honestly, there was no better person to bring beside Mikey... since he knows more about comics than any other 10 year old I have ever met. So we got in the car and headed down to Philly... and boy was it a great day!

Check out more after the jump... 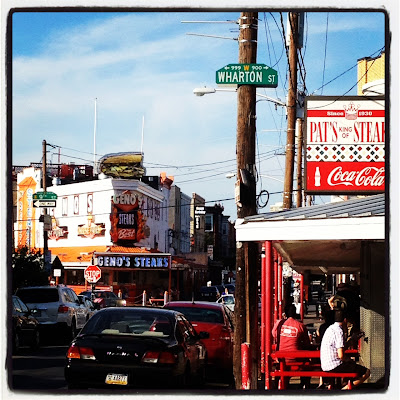 We arrived in Philly around noon and started the day off right: Headed straight to South St for a cheese steak lunch. I am a Pat's guy myself... but Mikey liked the look of Geno's sign better. So we played a quick game of Rock, Paper, Scissors and the kid won. So Geno's it was... 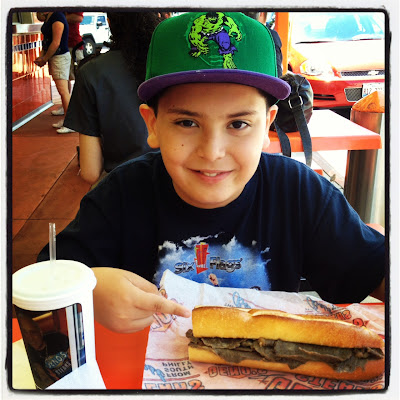 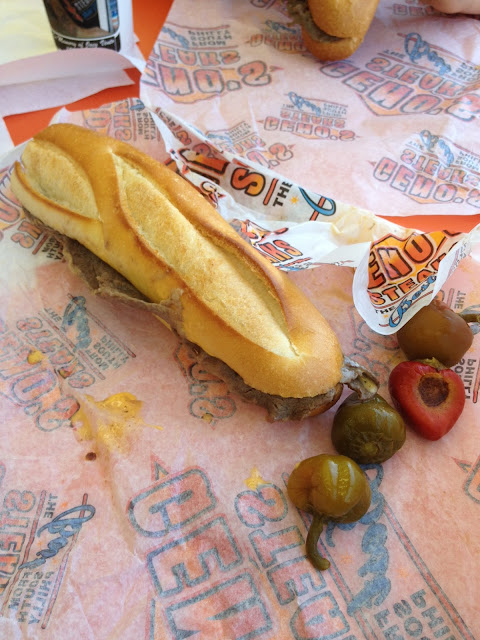 We started out for the convention center, and met Jerry at check in. He gave us our passes, and hooked Mikey up with a kid badge (I'll get into that later) and we hit the floor. The Philly show floor is nice sized... not nearly as big as the NY Comic Con at the Javits, but bigger than past Wizard Cons I have attended in NYC. I had one day to conquer the floor... 7 solid hours. And we were gonna do it! There were a ton of cool celebrities appearing in the back at the designated autograph booths (Stan Lee, Dean Cain, Henry Winkler, Sara Jean Underwood, a Firefly cast reunion, etc), but that isn't really my thing. So I immediately threw myself into the two things I love the most at cons: Vendors & Artists Tables.

I made some great scores and met some cool artists (posts on individual artists will follow in the next few days), especially a score of older loose comics that I have been trying to purchase for a while from a guy selling them 5 for a dollar. I got a #1 Captain Carrot, a #1 Tick, and a shit ton of Sandman issues as I continue to try and put together Neil Gaiman's 80 issue run. I think i grabbed about 40 books in all, and it cost me under 5 bucks. I also grabbed a few gift issues for my boys... Tommy & Cal, you can be expecting some gifts soon! 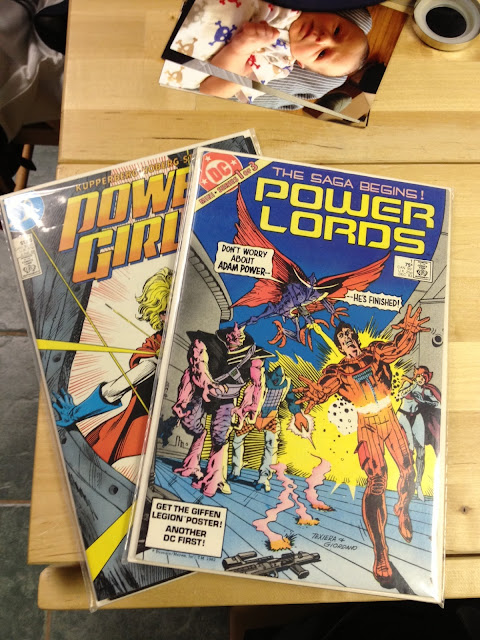 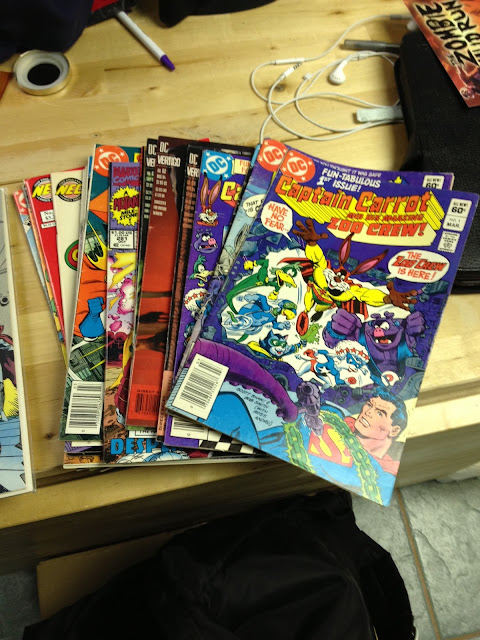 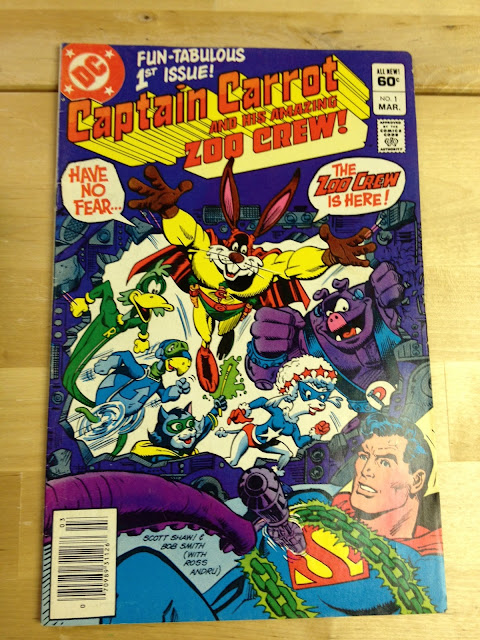 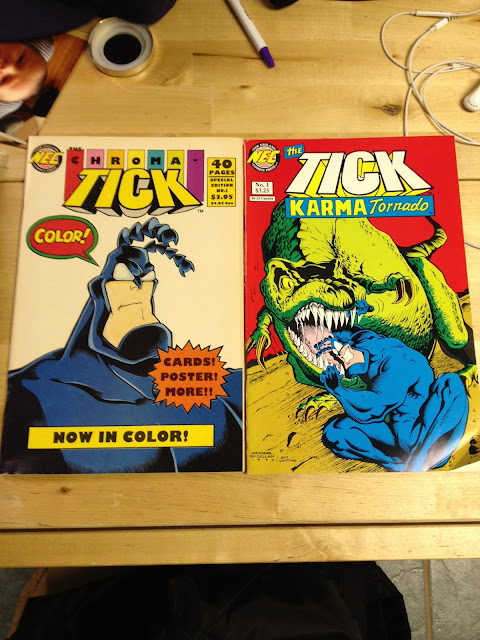 I also bought a bunch of prints from Scott Derby, met one of my favorite artists in Tom Whalen, and picked up a few wrestling toys for Mikey. We also participated in a really cool Man of Steel/Norton Anti-Virus interactive display that was there to promote the movie. It was a really cool smart phone enabled information hunt, and it was one of the better cross over interactive displays I have ever seen: 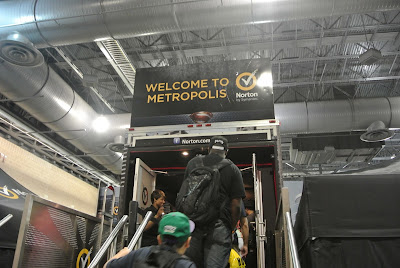 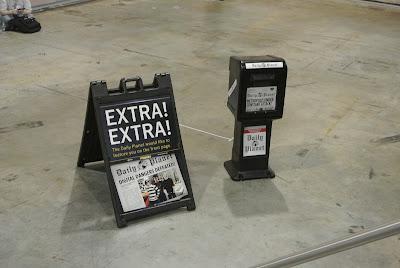 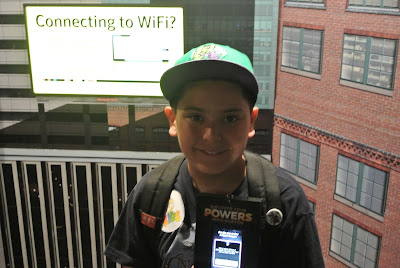 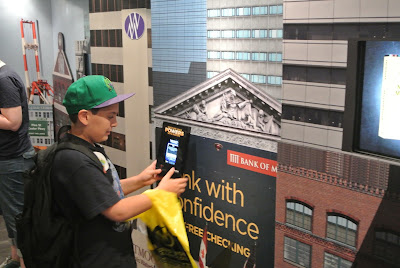 Mikey and I also got to do something really cool... we took pictures driving the 1966 Batmobile! They had a cowl and everything... sick! Best 10 bucks I ever spent: 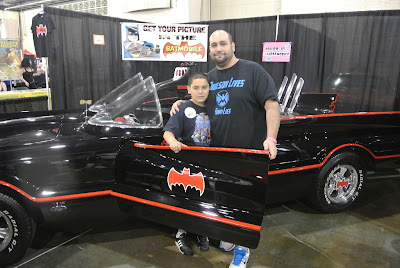 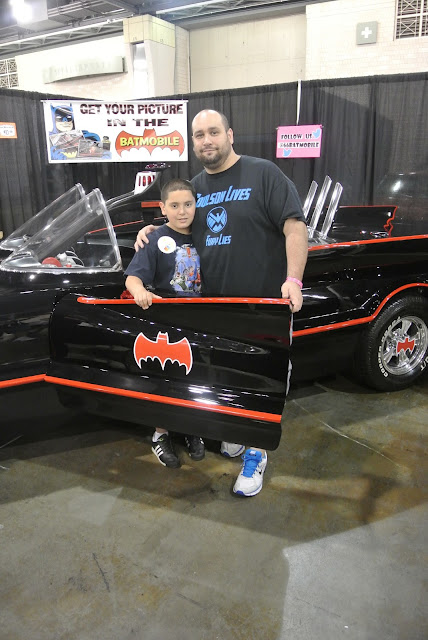 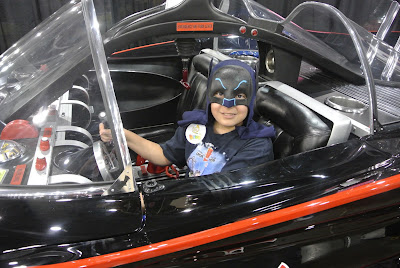 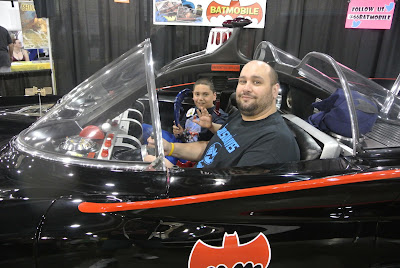 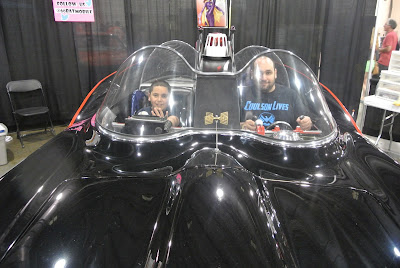 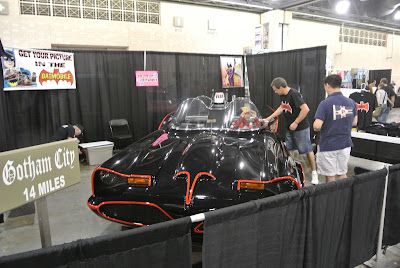 Definitely one of the highlights in the day. Such a great time. There were also some really cool cosplayers (I have a whole post with 65+ pics coming tomorrow), and great groups like the Philadelphia Ghost Busters and the Philly Mandalorian Group. They had some great props on display: 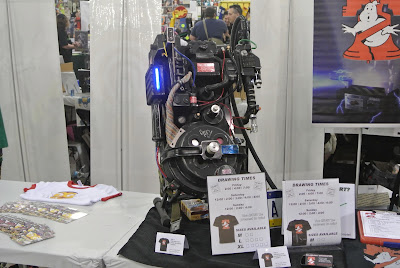 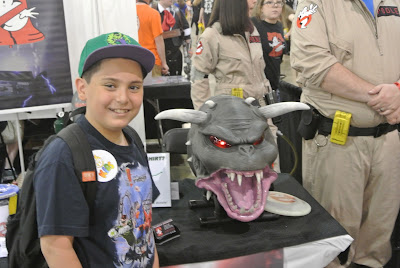 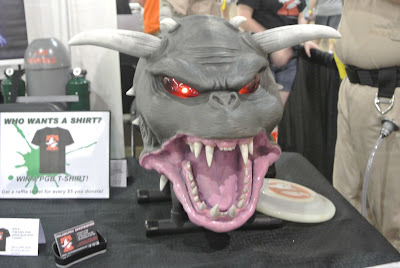 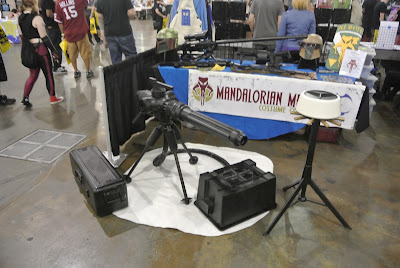 It was a truly great experience. I had so much fun sharing it with my son. Stay tuned over the next few days for much more from the floor of the 2013 Philly Wizard Con. I can't wait to do it all again next month right here in NYC (If Jerry will have me!) Stay tuned guys... we have much more coverage to come!!!!

On the way off the floor, we were stopped by a vendor who noticed Mikey's kids badge. He said he was entitled to a print for free, and I thought that was so cool. Jerry's badge gift to Mikey turned into a very cool 11x14 print featuring 9 cool character potraits... just another cool gift for my boy! 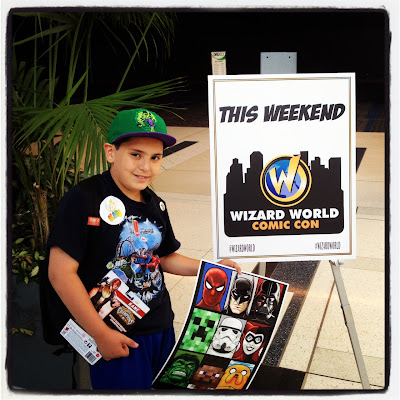 To finish off the night, before we left Philly, we had one more stop to make. I wasn't leaving without a Pat's Cheese Steak! So for dinner, just 8 hours after his first cheese steak, Mikey & I ate another one for dinner... From Pat's Famous!!!! 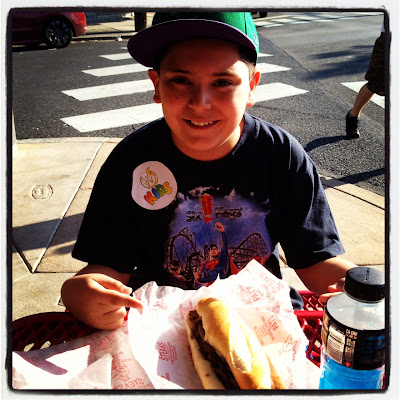