Sean Hartter Has An Art Book Coming Soon... And We Are Going To Be A Part Of It!!!!

One of the coolest things about having this blog over the last few years has to be all the unique and interesting people I have interacted with due to the site itself. People who live half a world away (my Canadian brother Cal from The Cave of Cool), right near by (my main man Johnny from Freddy In Space), and people you get a chance to develop a working relationship. The latter is definitely the case when it comes to the comparable Sean Hartter, artist extraordinaire and someone who has developed into a close friend via our two blogs. I have kept in touch with Sean over the past few years, posting a ton of his work here on CCD. Sean has also been a huge help in promoting our site and even creating a few original posters for us alone, like our very own VHS box art & his special edition The Omen poster that was exclusive for CCD in his 31 Days of Halloween poster series. Now, in his latest post, Sean has revealed the cover for his upcoming art book and also confirmed that he will be collaborating with CCD for a booth at the 2013 NYC Comic Con! I for one am super excited for that weekend, and now we will have this boss ass art book to sell alongside his incredible prints. The CCD booth at Comic Con is gonna be pretty epic. Lots of great artists and friends will be involved. But truth be told, I am most excited to finally team up with my buddy Sean. If this art book is half as cool as this kick ass cover than we are in for a treat. Keep up with all the 2013 NYC Comic Con updates here on CCD and check out Sean's awesome book cover after the jump... 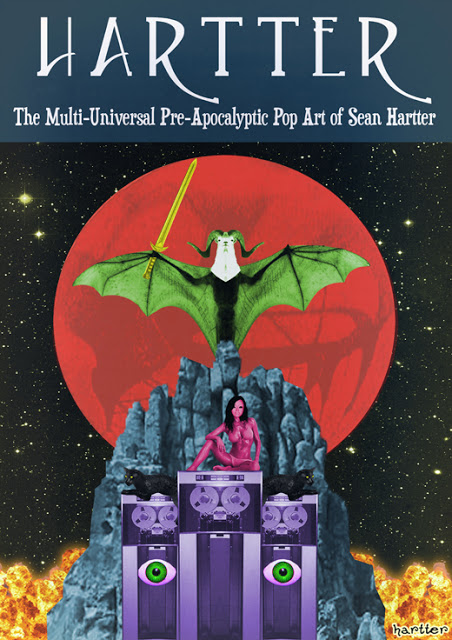