Captain K'rot? Are You Freakin' Kidding Me?

With everyone focused on who will follow Gail Simone on Batgirl and the departure of Scott Snyder and Yanick Paquette from Swamp Thing, we overlooked perhaps the biggest news to arise from DC Comics’ solicitations for March: that Captain Carrot will make his New 52 debut in Threshold #3, by Keith Giffen and Tom Raney. Only now he’s re-imagined as Captain K’Rot.

Created by Roy Thomas and Scott Shaw, the anthropomorphic rabbit was introduced in 1982′s New Teen Titans #16. A series titled Captain Carrot and His Amazing Zoo Crew! launched months later and continued for 20 fun-tabulous issues. More after the jump... 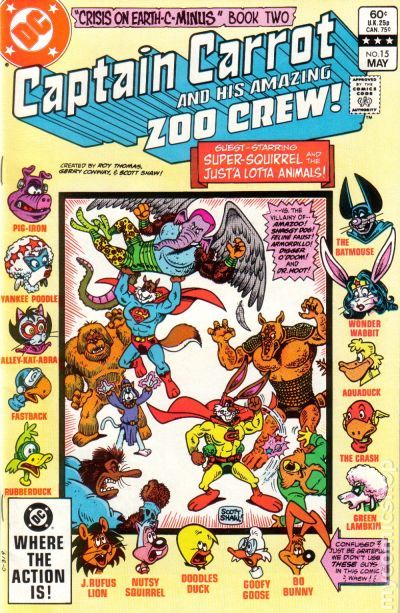 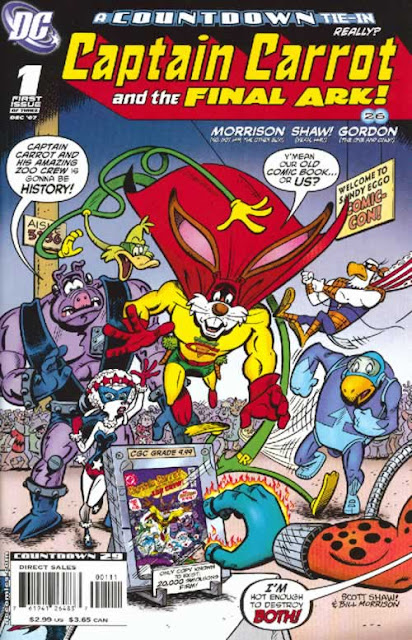 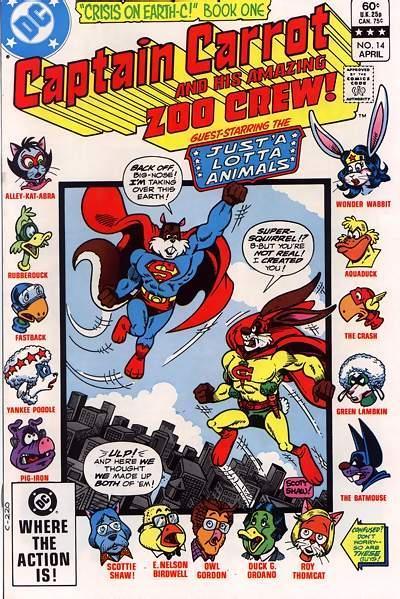 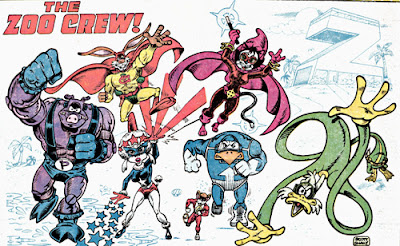 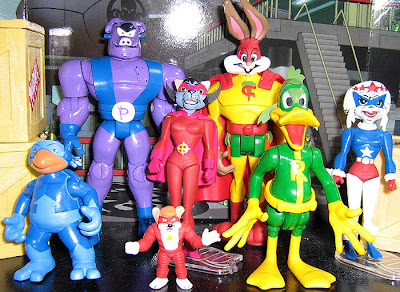 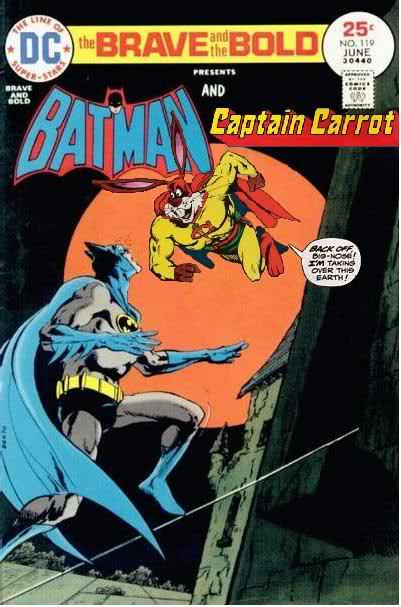 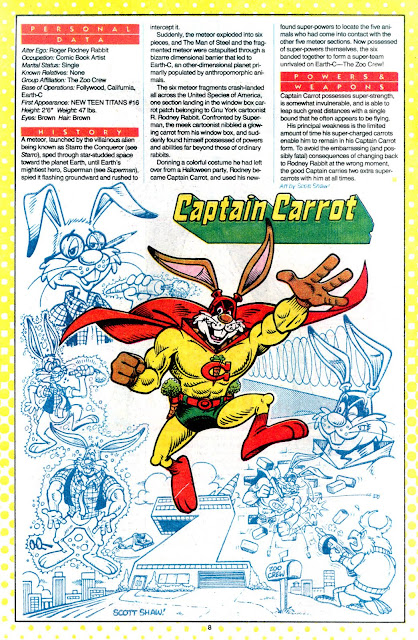 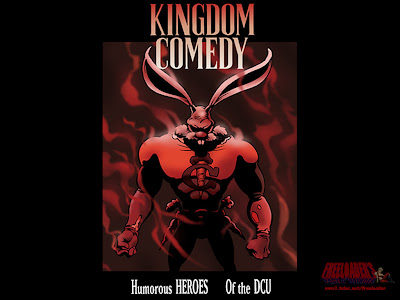 Giffen confirmed to Comic Book Resources that Captain K’Rot is indeed his take on Captain Carrot. Asked whether he was a longtime fan of the original series, Giffen quipped, “There was a series?” Ever the joker. He quickly added, “Every book needs a borderline psychotic, booze swilling, whore-mongering rabbit. I mean, c’mon!”
The comics veteran teased last month in a CBR interview about Threshold that the series’ “breakaway” star would make his debut in the second issue. This will be the one fans start buying the book,” he promised.

Safe bet that Captain K’Rot will be revealed in the final page or panel of the second issue, leading to his proper introduction in Threshold #3. 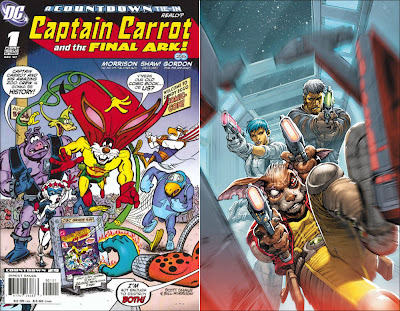 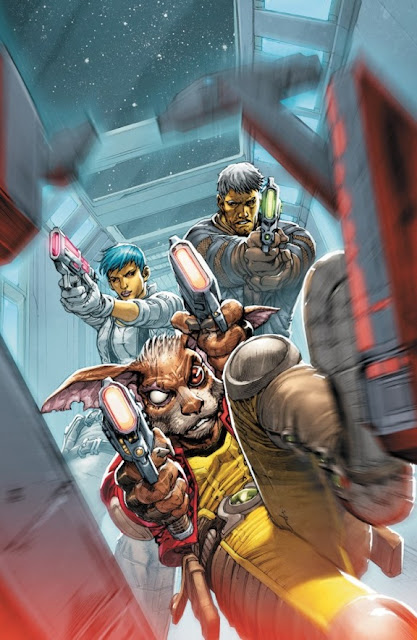 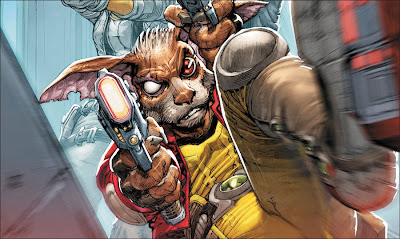 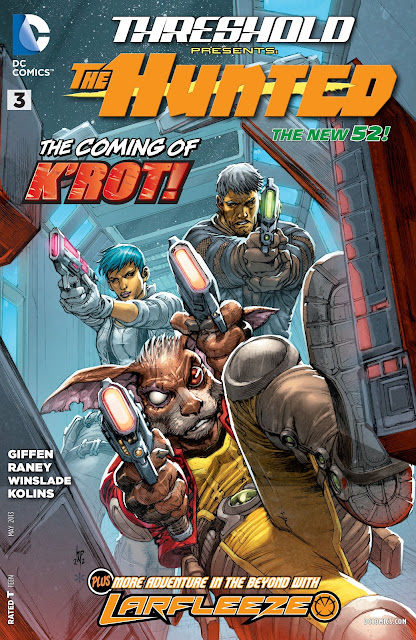 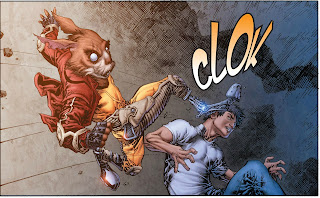 “As long as it’s not really Captain Carrot, I don’t care. If anything, I’m kinda amused by their rather lame attempt to fit an ‘edgy’ funny animal into the ‘New 52′ universe. Somehow, it reminds me of Warner Bros. Animation’s terrible LOONATICS UNLEASHED Sat AM cartoon series. Where’s Ch’p, Thunderbunny, Jaxxon, Bucky O’Hare, Rocket Raccoon and Howard the Duck when we need ‘em?”


– Captain Carrot co-creator Scott Shaw, reacting to the announcement that the character will be reimagined in DC Comics’ Threshold as “a borderline psychotic, booze swilling, whore-monger. 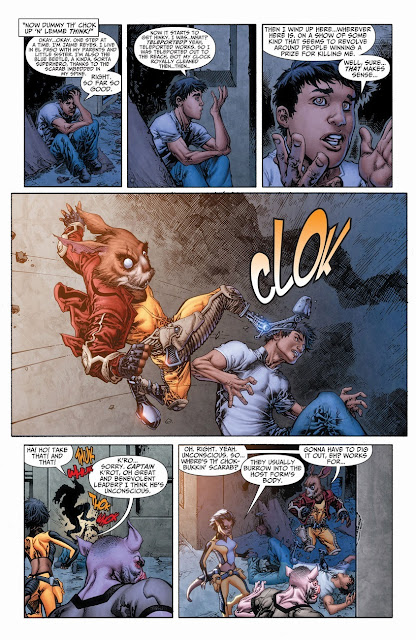 This is what happens when your characters goes through the Image 'EXTREME' machine. Often what comes out the other end resembles nothing like the characters you remember from your youth. Even the name is changed to sound tougher - so Captain Carrot becomes Captain K'rot (see what they did there) I guess Threshold is trying hard to be DCs version of The Guardians of the Galaxy and thus needs it's own badass Rocket Raccoon type character. This is what passes for creativity around the offices of DC Comics these days, I guess. It's all very sad. Maybe I will be surprised when I read the first three issues of Threshold but I don't think that will be the case.