The Giants From Jack the Giant Slayer Get Some Posters

I am a big fan of old school classic books & stories getting film adaptions. Why, you ask? Because the technology to bring these classics alive exists now, and I want to see what some visionary directors take on classic characters may be. How great was it to see Peter Jackson's Lord of the Rings/Hobbit (Golem especially) movies? Or how about seeing an updated steampunk version of The Three Musketeers (which was pretty awesome) featuring fighting zepplins and Milla Jovenavich? Yup, all of that was kind of great. So when it was announced that Brian Singer would be bringing Jack & the Beanstalk to the big screen, I for one couldn't wait to see how it all shook out. Then I saw the recent Hobbit movie (again from Peter, Mr. Jackson if your nasty!) and one of my favorite scenes had to be the one with the Mountain Trolls, and I began to see how the CGI would lend itself to creating Giants for the film. Singer is a visionary director (the first two X-Men movies are boss, and I liked Superman Returns even if anybody else doesn't!), so it's time to bring on THE GIANTS!!!!! Here are the five promo posters being used as one sheets to promote the film. These grizzly bastards should give Jack (played by Nicholas 'The Beast' Hoult) a run for his money. Check out the pics after the jump. the movie premieres on March 1st. 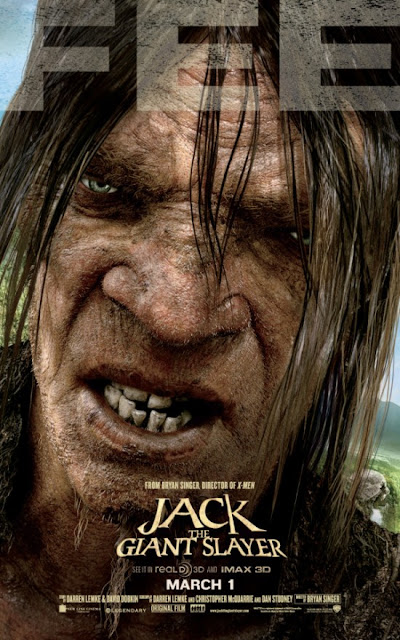 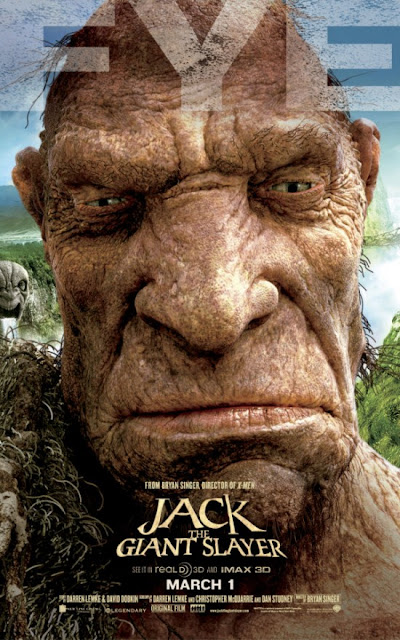 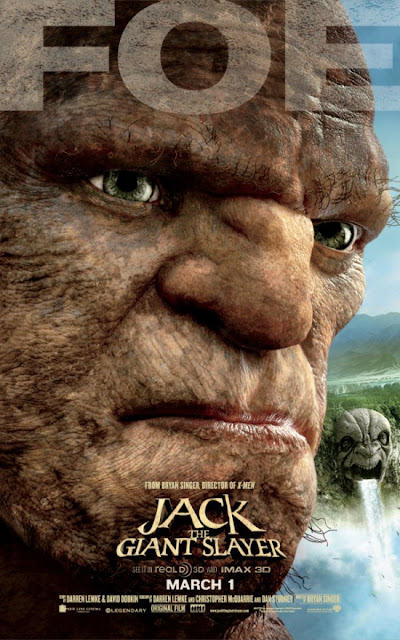 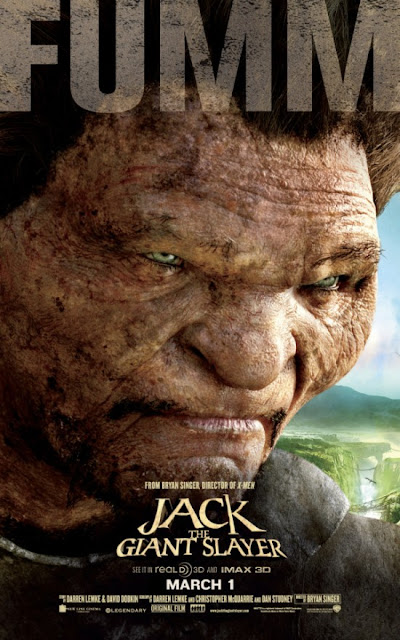 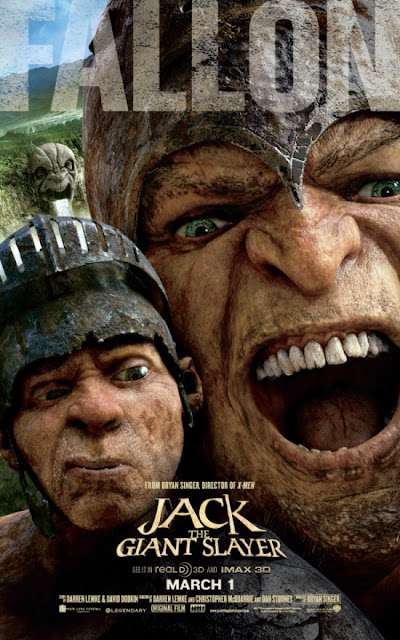