One of the creepiest part of the 1980's has to be the painted rape vans that were so prevalent around the roads of America. These huge backed vans would often sport crazy geek paintings on the side. either hard rock, fantasy or sci-fi themed stuff that was probably used to lure in unsuspecting victims and then get them a mouth full of a chloroform soaked napkin. Some of the art on these are pretty spectacular, but one of the craziest things about these vans is that they all looked so... blah. The body styles were just so predictable, as were many car designs in the 70s, 80s, and into the 90s. But like any technology they began to streamline and sweeten the outside of the body and make the vans themselves kind of stylish... and when wrapping vans in digital prints became an option over traditional paint for the nerdy designs then things went straight through the roof. The results are fantastic, especially for all you sci-fi loving pedo's who are looking for an angle to lure the kiddies in... Check out the pics after the jump. 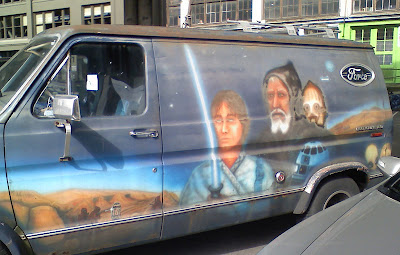 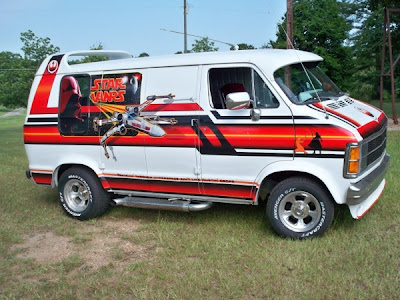 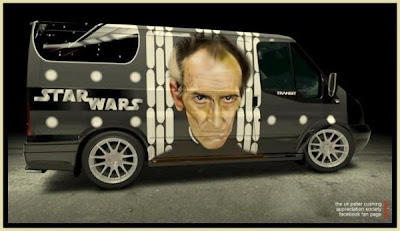